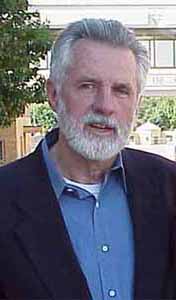 Read and comment on this message that was sent out over the Peace Corps Fund network written by RPCV John Coyne who also testified at the hearings in support of the new Peace Corps legislation at:

On June 25, 2002, Barbara Ferris and I testified before the Senate Foreign Relations Committee Subcommittee on Western Hemisphere, Peace Corps, and Narcotics Affairs about the Peace Corps Charter for the 21st Century Act and to support Section 10 of The Act which provides $10 million dollars for RPCVs to conduct 3rd goal activities. This legislation was introduced on Thursday, June 20, 2002 by Senator Chris Dodd S - 2667 and has been co-sponsored by Senators Ted Kennedy, Gordon Smith and Robert Torrcelli. It was introduced in the House on Thursday, June 20, 2002 by Congressmen Sam Farr and Mark Udall.

We testified as co-founders of the Peace Corps Fund on a panel that also included Dane Smith of the NPCA. The NPCA and the Peace Corps Fund were the only two RPCVs groups asked to provide testimony the Committee on Foreign Relations. Along with former Peace Corps Director and RPCV Mark Schneider, Dane Smith, Barbara and I stated our support for this new legislation.

In giving our testimony, Barbara and I concentrated our remarks on the structure of the fund, the wide range of projects it would support and need to pass this legislation which would provide necessary resources to RPCVs to do Third Goal activities.

As we have outlined in our emails and brochure, the Peace Corps Fund was created at the urging of thousands of RPCVs and former staff. It is non-profit organization incorporated in the District of Columbia and founded to support programs, projects and activities of the Third Goal conducted by RPCVs. Acting as a grant making organization, PCF will support RPCV groups and/or individual RPCVs throughout the United States who want to do Third Goal programs, projects and activities.

In beginning our effort, the Peace Corps Fund is proud to join a long list of national organizations of RPCVs and staff engaged in such work, beginning with the non-profit Committee of Returned Volunteers (CRV), formed in 1966 as the first alumni association of volunteers. The Peace Corps Institute was established in the 1970s to create several directories of Peace Corps Volunteers and Staff. In 1979, eight years after the CRV disbanded, the National Council of Returned Peace Corps Volunteers was founded. (it was from this group that came NPCA). Other early non-profit groups were the Peace Corps Twenty-Fifth Anniversary Foundation, founded in 1986, and RPCV Writers & Readers which I started with Marian Haley Beil in 1989. RPCV Writers & Readers, now http://peacecorpswriters.org networks writers and has produced several bibliographies of Peace Corps Writers, and funded the editing of Living on the Edge: Fiction by Peace Corps Writers that was published by Curbstone Press in 2000.

This is where you come in -- all of the RPCVs who are in this network are now a strong and powerful force to reckon with and Members of Congress and their staffs are listening to us.

As RPCVs, we recently made our voices heard loud and clear in the halls of congress and now we are respected for who we are and what we stand for. After you read over the legislation, we are asking you to contact your 2 US senators and ask them to so sponsor S-2667 - The Peace Corps Charter for the 21st Century Act.

This site will give you the bill. I have also attached it as a word document.I am also attaching Barbara's testimony as well as my testimony.

We will continue to update you as we move forward with building the organization. Please forward this Update #2 to everyone on your list of RPCVs and friends of the Peace Corps. As we seek to have this bill passed, we will contact you with more information and phone #s.

This story has been posted in the following forums: : Headlines; Special Reports; Peace Corps - Congressional Relations

I don't support it. Dodd's bill provides nothing for prevention in safety. Prevention on the ground starts with volunteers. Two volunteers at every site was not implemented for prevention. It was included in the house bill with Sam Farr. I have called Senator Kennedy and Kerry, they know my position. As a Massachusetts activist, I will continue to let them know that 16 volunteers killed, died or missing since 1996. Senator Dodd and your group believe believe the Inspector General at Peace Corps will be able to assess these sites and determine if one volunteer or two can serve. I don't trust the Inspector General, they are not indepedent of the Director of Peace Corps (the Director hires and fires them) and they could have implemented the policy back in 1996 when Nancy Coutu was taken from us. Her mom has certainly spoke her mind on the issue. In between that time 15 other volunteers. To me that is unreasonable. Even if this passes, we will continue to make it known the office of Safety is only good for training volunteers and supervision, not real prevention. Also, the Peace Corps fund will be the same type of administration we have had in the past in "handing out" grants and contracts to whom you people like. We need a lawyer working for volunteers to protect us from administrative people in the Agency who can make reprisal type decisions against volunteers. We need an office of Amnesty or board which includes Separated Peace Corps Veterans in determining " a firing of volunteers." We need a check on negligence. The Inspector General, and whimiscal administrators who ignore dilemmas of volunteers only hampers the whole program and the goals of Peace Corps. Since 1993, we have lobbied Congress so that we can signigantly provide the American public with third goal from all Returned Volunteers. Dane Smith knows he can't hold back the tide of discontent for very much longer. Thank god, Congressman Marty Meehan "stuck up" for Walter Poirier and many other volunteers by having the GAO report on safety presented. Arguing the numbers of human life is an excuse for not addressing real issues at Peace Corps. The world is a different place from when you served, Ms. Roll served and Ms. Ferris and Senator Dodd served. The Inspector General and the office of Safety is going to determine what is safe for the 4,000 volunteers Senator Dodd and President Bush want to put in Muslim countries. The goal is unclear for one thing and it provides no clear mandate of policy change on prevention for safety purposes at volunteer sites. I am sorry you can't understand our concerns. I am sorry you have not placed yourself in "one of the 16 volunteers shoes" or "in the shoes of people who have been harassed". A growing rise over the Late 1980's to present are facts we can't ignore. Well, you have your politics and we have ours I guess. You have provided volunteers with great opportunties over the years, nothing personal in our disagreement, I appreciate you work in the past and as a an RPCV. Sorry I am not with you on this one. Daniel