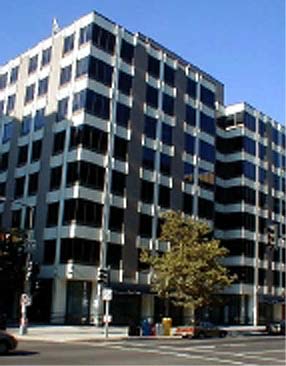 Read and comment on this memo released to us from the Peace Corps on six senior staff appointments at Peace Corps Headquarters.

Note: This memo was originally sent to us on June 16 but was not posted to PCOL until July 24.

TO: All Peace Corps Staff

I am pleased to announce the following new appointments to the senior staff of the Peace Corps in Washington, DC:

Charles Wickliffe "Wick" Caldwell, III has a broad background in operations, budget and programs, communications and information technology. Most recently, Wick was the Executive Director of the U.S. Census Monitoring Board for Congressional Members, responsible for the oversight, monitoring and execution of the 2000 Decennial Census. Wick was promoted to that position from Program Manager and Contracting Officer within the U.S. Census Bureau. Previous occupations include: President and CEO of an oil and gas brokerage in Oklahoma; CEO and Counsel of a communications and government affairs firm in Alexandria, VA; and numerous public affairs and communications positions. Wick attended Centre College of Kentucky, the University of Kentucky and received a BA degree "with highest distinction" from George Mason University.

Nanci A. Brannan joins the Peace Corps from New Orleans, LA and the BaDR Networks of Los Angeles, CA, a telecommunications audio-messaging systems company she co-founded in August 2000. Prior to BaDR Networks, Nanci was the Project Manager for Ruwi, Oman based Oryx Projects International, a development and holding company, managing the Salalah Hilton Hotel and Industrial Bank of Oman accounts. For three years, Nanci lived and worked in Moscow, Russia, moving there in 1994 with Allied Domecq Retailing International as a franchise development manager and later becoming the senior U.S. Moscow-based consultant to recently privatized companies in the service and manufacturing industries, with the U.S. Committee to Assist Russian Reform, a U.S./Canada Institute. She earned a BA in Political Science and International Relations from California State University and an MBA from Pepperdine and has extensive training in the Russian Language from the Monterey Institute of International Studies and the Leningrad Polytechnic Institute in St. Petersburg, Russia.

Barbara A. Daly joins the Peace Corps from the Transportation Corridor Agencies in Santa Ana, California where she served as a Communications and Public Affairs Manager. She has held a variety of senior press and media relations positions in both the private and public sectors for organizations including: Sprint PCS, Gladstone International, and a 24-hour cable news channel. Barbara earned a BA degree in Journalism Mass Communications and Speech Communications from the University of Northern Colorado and is a graduate of the Southern California Leadership Network.

Marie G. Wheat has most recently served as the Chief of Staff in the Office of Congressman Jim DeMint, managing the Washington office, two district offices, 18 staff members and a budget of $1 million. Marie has extensive experience in government and on Capitol Hill and has worked as a senior staff member to: the Senate Subcommittee on Oversight, the House Budget Committee and the Office of Congressman Steve Largent. Additionally, Marie was a policy analyst at Citizens for a Sound Economy, a seminar coordinator for the Strom Thurmond Institute, and began her Washington experience as White House press intern. She graduated Magna Cum Laude from Clemson University with a double BA major in Economics and Political Science.

Mr. Gopal K. Khanna brings 20 years of experience in information technology to the CIO position. Prior to his appointment to the Peace Corps, Gopal was President and CEO of International Technology Consultants Incorporated, a Minneapolis based management and information technology consulting firm specializing in process improvement, project management and software development services. He is also the co-founder of industry focused web enabled start-up ventures - RxReliance.com, Metis Health and CYBOL. Prior to leading start-up ventures, Gopal held several key senior management positions, including CIO, with the American Hardware Insurance Group, the National Council on Compensation Insurance and Mutual Life Insurance Company of New York, among others. Gopal earned a BA in Economics, Mathematics and Political Science from Christ Church College in Kanpur, India and an MBA from the University of Maine.

Stephen E. Murphy of Seattle, WA, has most recently been a financial and business development consultant to American and Brazilian companies, serving as Senior Advisor to the Latin American division of Ewireless Inc, Senior Advisor to the President of TV Bandeirantes, Brazil's third largest TV and radio group, and Senior Advisor to PRNewswire, providing linkups to Latino firms and stock exchanges. Stephen has also served as the Director of Television and Film Service of the U.S. Information Service, Senior Advisor to Voice of America, Vice President of Latin America for Paramount Pictures and MCA International, Vice President of BankBoston and was a visiting professor to several prestigious academic institutions including Harvard, Howard and Seattle Universities. Stephen holds an MBA from Columbia University and a BA in Economics and History from the University of Washington. He is fluent in Portuguese, French and Spanish.

This story has been posted in the following forums: : Headlines; Special Reports; Peace Corps - Headquarters

I have a request for help from anyone that can help me find the current location of Ken Ayers, country diredtor in Romania for 2000-2002. I am applying for another Peace Corps assignment and the recruiter requires a recommendation from my previous country director. I really need help in locating him.

There is a Ken Ayers that is VP of the Sacramento Valley RPCV group in California. You might try him.