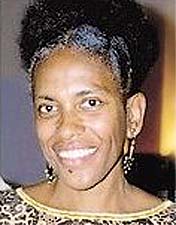 Read and comment ont his story from the Christian Science Monitor on Niger RPCV Pearl Robinson who teaches African issues at:

Meet one of my students: Hasan Ozturk is from Istanbul, Turkey, and is an international-relations major at the University of Dar es Salaam in Tanzania.

This past semester, he and several Tanzanian classmates were enrolled in an online course about African international relations. The course is based at Makerere University in neighboring Uganda.

Along with 70 other East African students, he debated the war on terrorism and its implications for US policy toward Africa. Little did we know when we started that we'd eventually bring a high-level Bush administration official into our virtual chat room.

Mr. Ozturk is one of more than 500 students I have mentored through technology-enhanced courses in Africa.

I first came to Africa in 1968 as a Peace Corps volunteer in Niger. Later, I spent six years as director of the undergraduate International Relations Program at Tufts University in Medford, Mass. Three decades after my introduction to Africa, I went to Uganda as a visiting professor. And now, I'm training people in information technology (IT) in Dar es Salaam and helping develop content for use in interactive websites.

It was not until I started this online collaboration that I began to recognize the possibilities of a truly global teaching approach.

Curriculum co-development (CCD) involves people working together across the barriers of distance to improve the quality of educational programs at their home institutions.

Unlike traditional distance learning, a basic tenet of CCD is that knowledge receivers should also be knowledge senders. The primary teacher for the course is on the ground with the students. And through a variety of online exercises, the students participate in the process of creating new knowledge.

Internet chat rooms and other computer technologies allow for extended conversations that draw on people's historical, cultural, and regional perspectives. The technology should be democratic, with content flowing freely from both sides.

What I have enjoyed most is working with young people who are so eager to learn.

Yet, apart from e-mail, most of them had no IT experience before taking the course. Significant numbers had never even touched a computer.

A major challenge has been the integration of three distinct learning environments: two in Africa and one at Tufts. The virtual chat has been our most effective device. Issues are posted on the course website in advance of real-time discussions among students and teachers from the three universities.

When a couple of Tanzanian students suggested arranging some virtual chats with high-level policymakers, I embraced their idea.

He linked the Sept. 11 terrorist attacks to the violent politics of the Middle East, and he highlighted Palestinian grievances over territory and foreign occupation. Dr. Mazrui's lecture framed a national debate in Uganda about how to deal with the roots of global terrorism.

My colleagues in Makerere, Charles Bwana and Phillip Kasaija, placed his text on their African International Relations website and made the debate a part of their course.

For my part, I contacted Jendayi Frazer, President Bush's National Security Council adviser for Africa, and extended an invitation to participate in a policy chat. She accepted, and suggested documents I could download from White House and State Department websites.

Beyond the military response, the Bush administration touts poverty-alleviation strategies as crucial for any long-term solution to terrorism. Its prescription for Africa is a mix of trade promotion, increased funding to combat HIV/AIDS, and development aid for countries that demonstrate a commitment to good governance.

On March 27, we all met in the chat room of the African international-relations website. Makerere students logged on in their new computer lab. The Dar es Salaam contingent gathered in the University Computing Centre.

Dr. Frazer's prerecorded videotaped introduction was screened at both locations. Then we all "chatted" on our PC monitors. Our words were projected onto a white board so guests could follow the dialogue.

The chat was fast-paced. The questions were hard-hitting and often critical of US positions. Frazer was articulate, ready with her facts, and a good listener. Toward the end of the hour, she announced plans for a presidential visit to Africa – probably in February.

The event was an accomplishment to be proud of. My colleagues and I hope the visibility of a White House virtual chat will inspire a surge of interest in using technology across the university curriculum.

• Pearl T. Robinson, a professor of political science at Tufts University, is currently a visiting professor at the University of Dar es Salaam in Tanzania. She directs the Curriculum Co-Development Project.

This story has been posted in the following forums: : Headlines; What RPCVs are doing; COS - Niger

Thanks Prof. Pearl for the great efforts to revolutinalise African studies.Am really exhilarated to find this information on the website. Besides am a proud student of the mentioned Phillip Kassaija and Charles Bwana of the International relations class, 2000 and Prof Pearl is my Uongozi Instructor in Dares saalam, 1999.
Sam Lwanga
University of Illinois,Chicago

I am learning about different religions in school and i would like to ask you some questions so that i can better understand yours.

Where does the allusion of evil come from?
Do you believe in the Bible? Or only parts of it?