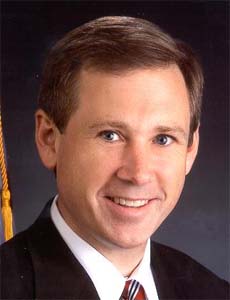 Background: HR 5255 has not been posted on the Thomas website yet but Congressman Kirk's Press Secretary Dodie McCracken told us today that the bill has ten co-sponsors including RPCV Congressmen Chris Shays (R - CT), James Walsh (R - NY), and Thomas Petri (R - WI).

Congressman Kirk's bill provides the authorization of appropriations for fiscal years 2003 through 2007 (with $488 million in 2007) to carry out doubling the number of Peace Corps volunteers to 14,000. The bill does not include any other legislative clauses regarding the Peace Corps.

Senator Chris Dodd and Congressman Sam Farr's bill includes an appropriation authorization of $560 million by 2007 and also includes a restatement of the independence of the Peace Corps, new reporting to Congress on Country Security and student loan forgiveness, special volunteer placement in Muslim countries, training for all volunteers in global infectious diseases, re-activation of the Peace Corps Advisory Board, an increase in the monthly volunteer re-adjustment allowance from $125 to $275 per month, and a $10 million annual Peace Corps Innovation Fund to fund RPCV third goal activities.

Congressman Kirk has extensive foreign relations experience. He served as an officer on the World Bank's International Finance Corporation in 1990. He joined the State Department and worked on the Central American peace process as a Special Assistant to the Assistant Secretary for inter-American Affairs at the U.S. State Department from 1992-1993. From 1993-1995, Kirk practiced law with the international firm of Baker & MacKenzie where his field of expertise was international trade and finance.

In 1995, Kirk joined the staff of the U.S. House International Relations Committee as Counsel serving under Chairman Ben Gilman (R-NY). Kirk was responsible for foreign assistance legislation, but also built on his record of drafting legislation which became law including: rewards for the capture of war criminals, expansion of the Peace Corps, creation of the Global Program on AIDS, and the first debt-for-nature swap. Kirk also conducted congressional missions to 42 countries, including Bosnia, Kosovo and North Korea.

Read the bill at:

Mr. KIRK introduced the following bill; which was referred to the Committee on July 26, 2002.*


Mr. KIRK introduced the following bill; which was referred to the Committee on July 26, 2002.

2D SESSION H. R.5255 IN THE HOUSE OF REPRESENTATIVES

To endorse expansion of the Peace Corps to 14,000 volunteers by 2007, to authorize appropriations for the Peace Corps for fiscal years 2003 through 2007, and for other purposes.

Be it enacted by the Senate and House of Representatives of the United States of America in Congress assembled,

(3) Section 2(b) of the Peace Corps Act states that ‘‘it is the policy of the United States and a pur pose of the Peace Corps to maintain . . . a volunteer corps of at least 10,000 individuals’’, and in 1999 legislation was enacted authorizing the appropriation of funds sufficient to achieve this goal by the end of fiscal year 2003.

(4) The Peace Corps was established in 1961 to promote world peace and friendship through the service of American volunteers abroad.

(5) Since its establishment, the Peace Corps has operated in 135 countries with a total of approximately 165,000 Peace Corps volunteers.

Congress declares its support for the goal announced by President Bush of doubling the number of Peace Corps volunteers to 14,000 by 2007.

This story has been posted in the following forums: : Headlines; Special Reports; Peace Corps - Congress

No way. There is nothing for two volunteers at every site for safety. This legislation is reckless and dnagerous. Daniel

Rather than double the size of the Peace Corps, it would be better to concentrate on recruiting volunteers truly committed to their projects, with more background skills, who will be a credit to the USA, not an embarrassment. Think quality, not quantity!
Betsy Gilliland
Uzbekistan 1998-2000

I agree with Betsy! Quality, not quantity. Previously, Bush called for more volunteers in their 30s and 40s. That's a good idea but he will have to compensate them and allow more provisions for getting back into the workforce if he expects people in that age-range to leave their jobs. I did it and it was very difficult to get back into the workforce. Technical skills decline and people are leary of someone who "took off" in the middle of their career. One has to pay the car insurance of a 20 year old (due to not having insurance for 2 years). How about incorporating some of the same benefits that military personnel get? We're serving our country, too. And volunteers die every year in the course of duty. Is it less dangerous? Is it less deserving?

I can just see the kinds of deadheads accepted in a Peace Corps that must meet the numbers. The goal of 14,000 by 2007 is too much, too soon.

I agree with Betsy, Sharon, and Alice. The quality vs. quantity issue is one of serious concern. A companion issue is the training of PC candidates. Qualified candidates AND their subsequent training are essential for successful in-country efforts.