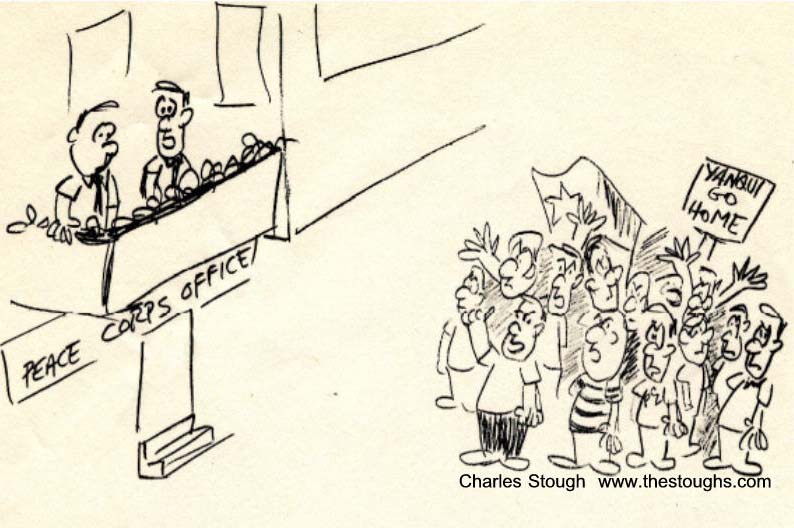 Who can come up with the funniest caption for this cartoon.

We'll post the original caption in next month's issue.

I used to be concerned with whether our volunteers would fit into the local culture. But with Johnson, Fredricks, and Smythe in that crowd, I think my worries were off the mark!

"The TEFL volunteers need to work more on the spelling drills."

Looks like my students really took that last lesson on freedom of speech to heart. Too bad I'll have to give them bad marks for spelling...

I told you that a mandatory national program of gamma globulin shots would not be popular.

"It was a whole lot easier back when I was a Volunteer!"

Do you think we'll ever be able to bridge the gap between staff and volunteers?

Who would have known they were Redsox fans here?

You think you have trouble? One of them is my daughter!!

They're from the village where the PCV told the junta president's sister he looked forward to "paying her another visit", a phrase that doesn't translate well literally.

So much for Bob's secondary project to introduce Amreican spelling.

"Now do you understand why we have this balcony?"