The Peace Corps: The Toughest Job I Never Held 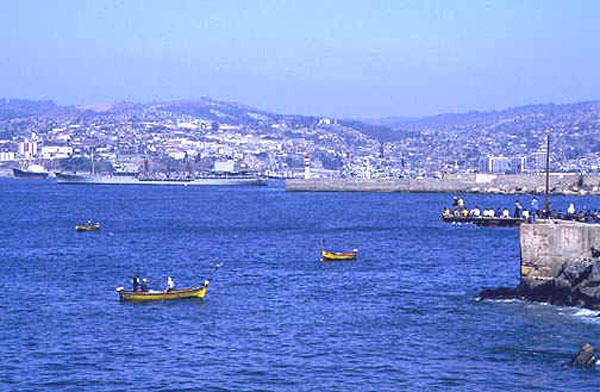 Read and comment on this wonderful story that was sent to us by Maria Judge about her father and her family when her father went to Chile as director of the program for Chile III at:

The Peace Corps: The Toughest Job I Never Held*


The Peace Corps: The Toughest Job I Never Held

I was 8 years old when I entered the Peace Corps. It wasn’t that they were desperate for volunteers, nor was I so singularly talented an adolescent that all reasonable age and experience requirements were waived for me. Instead, I came as part of a package deal that included my father, my mother, my brothers and my sisters. Dad legitimately volunteered. The rest of us came along … involuntarily.

In the summer of 1962 a telegram arrived at the house in the Irish countryside where we were spending my father’s sabbatical from the University of Notre Dame. It contained an invitation from Father Ted Hesburgh, asking Dad to head up Chile III. We returned to South Bend and Dad immediately went off to Purdue to begin training his volunteers. Mom immediately went into labor, delivered her seventh child, then plunged into post-partum packing.

Dad flew on ahead to Santiago to make arrangements for his immediate family of 8, and his extended family of 20 volunteers. A few weeks later, in the middle of November, five family friends in five cars drove Eleanor, Andrew, Maria, Brigid, Ceci, Rory, Valentina and Justin, to get the boat train. At the dock in New York City the next day we were met by our eight steamer trunks, new refrigerator, automatic washing machine, and four cases of disposable diapers. Mom, after all, had a ten week old infant, and a nineteen month old toddler, along with several bedwetters.

After 3 eventful weeks at sea we arrived "in country." Dad had rented a large house in a comfortable section of Santiago, across the street from the Uruguayan Embassy and two doors down from the Yugoslav Embassy. The house came complete with housekeeper, laundress, a twice a week gardener, and an unfortunate infestation. In an early letter to her sister, Mom wrote that we were living in decaying elegance, "with a chandelier in every bedroom and fleas in every bed."

We settled in and got acclimated. The owners had listed the house with the US Embassy, thinking, no doubt, that an American family, accustomed to the finer things, would be suitable tenants. I don’t know just what they thought of the eight of us but it is safe to assume they feared for the future of their house. Whenever there was an earthquake severe enough to loosen plaster and crack walls, Mom would have us sweep the debris into a corner and leave it there until Dona Yoli had seen it. She didn’t want her children being blamed for any natural disasters. With 5 bedrooms there was plenty of room for us, as well as the volunteers, who stayed there when they were visiting from the provinces, or convalescing after appendectomies. The Peace Corps had sent four trunks full of books to be distributed to the volunteers and those that were not selected wound up at the Casa Judge Lending Library, where our guests enjoyed everything from Zane Gray to Mickey Spillane.

At first I didn’t know exactly what we were doing there in Chile, nor did I have a firm grasp on what the Peace Corps was all about. I knew it consisted of a large group of friendly people who spoke Spanish rather badly, came to our house for parties, and sang a funny song, which went:

Oh, we ain't got a barrel of money, maybe we're ragged and funny
But we’ll travel along, singing a song, side by side

10 of the volunteers were assigned to 5 locations in the north and south of Chile, and the other 10 stayed in Santiago. The group was setting up productive cooperatives and many worked in La Victoria, the largest of the slums on the outskirts of the city. Dad would occasionally take us out to La Victoria to meet the people he worked with. One Sunday he took us there to Mass. They had no church so the liturgy was celebrated in an old shack where they stored newspapers.

"Don't you realize Jesus Christ was born in a place like this?" asked Dad. He always tried to turn everything into a learning experience. There was no point in reminding him that this was his adventure; we kids were just along for the ride. 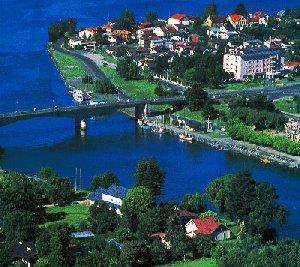 Eventually I developed a slightly better understanding of the work the volunteers did, although we tended to know them better by their interactions with us. David and Leo worked with furniture and sewing cooperatives in Valdivia but we knew them for the peanut butter they brought when they came to visit. Marcy and Nelson worked with the garbage and fishing cooperatives in Antofagastafa but we knew them for the books in English that Marcy’s aunt sent from her bookstore at home. Tom handled the payroll for the cooperative workers in La Victoria, but achieved immortality when he brought four year-old Rory home early from a trip to the Zoo because he was being such a brat.

Bobby was the Public Health Nurse at La Victoria but we knew her because she made house calls to give us shots and stayed with us when Mom traveled south with Dad. Jan did social work in the poblaciones, but her guitar playing during parties was what we enjoyed. Lee worked with the shoe cooperative and Lucille set up the day care center in La Victoria, but their claim to fame for us was having gotten married shortly after arriving in Chile.

Walt and Mike worked with a housing cooperative in Osorno, and Walt achieved his own immortality when he broke the bed in our guest room during a visit. He had come to tell Dad that he planned to leave the Osorno project out of frustration with the lack of action by the locals. They got into a heated discussion and when Dad told Walt he could not quit his job, the house reverberated with the frustrated volunteer’s response.

Dad then launched into a long and complicated story about Lenin and Russia and Not Giving Up, and Eventually Changing the Course of History. Walt had no illusions about his ability to change the course of History the way Lenin had, but by the time Dad finished his lecture, he decided to stick it out and returned to Osorno, fired up with ambition. Gerry and Ed were assigned to a women's cooperative, a fishing cooperative and a wood-working shop in Ancud. They were dropped off there after a quick introduction to the Board of Directors and left them to fend for themselves. Before they got into the full swing of work they occasionally were seen walking along a nearby beach, deeply engrossed in one of the Peace Corps-issue paperbacks. Because of their dark clothing and seemingly studious absorption in their reading material, they were thought to be recently arrived priests reading their missals.

There were other misconceptions about the Peace Corps. Dad's assistant was asked by a socialist friend how she could work for an organization that sent volunteers to spy on her country.

"What makes you think they are spies?" she wondered.

He had just returned from a trip to the south of Chile and in several cities had observed Peace Corps volunteers spending many hours talking and drinking. He decided this behavior indicated they were spies trying to gather sensitive information from Chileans.

I thought the behavior indicated they just liked to talk and drink. They certainly did that when they came to the house, and many late night philosophical discussions were held with Dad, over Escudo beer, in the Copper Room of the Hotel Carrera and at the Torres Restaurant. These establishments were in downtown Santiago, conveniently near the Peace Corps Office, the US Embassy and the Presidential Palace. Dad ran into President Allessandri on the street one day and told him about the work the Peace Corps was doing. Allessandri complemented him on his efforts. Dad was struck by the casualness of the encounter, and the President’s ability to walk to work each day without guards or an entourage.

He remembered that encounter one afternoon towards the end of our second year in Chile when he stopped in at the Embassy for a meeting. Everyone looked sad.

"Why the long faces?" he asked.

"President Kennedy has just been assassinated," someone told him. The volunteers gathered at the Peace Corps Office. Through the window they could see the US Marine guard come out of the Embassy, take down the flag, and put black ribbons on it. Then the Chilean army band at the Presidential Palace began to play Hail to the Chief ... very slowly ... and as they watched, President Allessandri walked out of the palace with bowed head and crossed the street to the Embassy to pay his respects. The volunteers wept.

I heard the news at school and cried all the way home. We were in Chile because of the Peace Corps, and now the man who started the program had been killed. I thought my family should immediately go into mourning but that was impossible, since there was a birthday party planned for my sister Ceci who turned six that November 22. I thought they were all heartless for going on with the festivities. I held a private vigil for my slain president, waiting on the front porch early each morning for the newspaper to be delivered, then pouring over the details of the assassination and funeral as though I were seeking the meaning of life in the mystery of his death.

The volunteers of Chile III returned home in 1964 but we stayed on another year while Dad ran the TECHO project for AID, an organization whose employees were sometimes thought to work for that other agency with three initials.

"When did your father stop working for the CIA?" a friend asked me years later after hearing what Dad had done. I was insulted. After all, we were the good guys.

Last year we had our first reunion of Chile III. In the reunion booklet Lucille wrote:

What has brought so many of us together after all these years? Why did we even encourage our children to be part of our reunion? Could it be that our unique experience has made us just want to come together again for an abrazo, a pisco sour, and another opportunity to look back on days so special that even time cannot fade their memories?

Time hasn’t faded a single memory for me.

This story has been posted in the following forums: : Headlines; Peace Corps Stories

I loved this story. My father was the director of Chile 1 and 2. I was 13 when we left the states, and returned home on my 15th birthday. Your story brought back a flood of memories.
For years after we were back, I suspected my DAD was a spy :-) but have to say that the experience was a terrific one. I had the good fortune to attend a reunion of the Chile 1 and 2 volunteers 2 years ago, and it made me so proud to be part of such an important effort - even though - like yourself - it was not my job.
Libby Langford Naimo