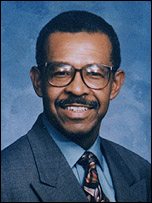 Read and comment on this story from the at:

By the Associated Press

Wilder, the museum's chairman of the board, appointed Earl W. Yates, a former Africa regional director in the Peace Corps, as executive director of the museum. Edward M. Robinson, a former development officer at Harvard University and the University of Virginia's Darden Graduate School of Business Administration, will be the museum's senior advisor for development.

"I'm excited to have these two seasoned professionals come on board at this time," Wilder said. "Their appointments put us actively on the way to establishing this important international resource of learning and public information on slavery."

The museum will be built on 38 acres overlooking the Rappahanock River.

Visiti the web site for the National Slave Museum at:

This story has been posted in the following forums: : Headlines; What RPCVs are doing

I am looking for NICK MANZELLA who was a peace corps in Kenya,East Africa around 1985/6 to 1989.
He was my basketball coach and the best tutor to our Basketball teams that have grown professionally because of the life skills he taught us through BASKETBALL.

We are all looking for you from MERU SCHOOL

I am also looking for Nick Manzella. I believe it is the same guy who was in the Peace Corps in the late 1980's. I worked with Nick at Coopers & Lybrand in Detroit, MI in the early 1980's.

Nick, Email me at clearylv@cs.com.

Would a RPCV from the Norfolk general area please contact me?

We (Jim Fowler and Al Troub) are also looking for Nick Manzella. We lived with him at the University of Michigan and I visited him while he was in the Peace Corps in Meru, Kenya. Any leads would be greatly appreciated.

We are also looking for Nick Manzella. We worked with Nick in Angola with International Medical Corps.