Senator Paul Wellstone was Friend of the Peace Corps 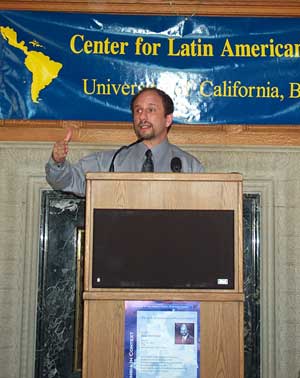 Read and comment on this obituary from CNN for Senator Paul Wellstone who died this afternoon in a tragic plane crash while campaigning for re-election in Minnesota.

Senator Wellstone was a friend and strong supporter of the Peace Corps. He followed in the footsteps of Senator Hubert Humphrey of Minnesota. Senator Humphrey was one of the men who created the Peace Corps in the early 1960's.

More recently Senator Wellstone took an active part in the discussions during the nomination of Gaddi Vasquez as Peace Corps Director and ended up as one of the four Senators who voted against the nomination. He was also one of the 13 Senators who signed on as co-sponsors for Senator Dodd's Peace Corps Bill (S2667) which passed by unanimous consent in the Senate on October 16.

Our sympathy to the family of friends of the Senator. He will be sorely missed. Read the story at:

Wellstone made mark as liberal champion*


Wellstone made mark as liberal champion

WASHINGTON (CNN) -- A onetime college wrestler, Sen. Paul Wellstone took his competitive spirit to the political arena when he successfully ran for the U.S. Senate in 1990, becoming a champion to the political left.

The unabashed liberal fought for civil rights, environmental causes, farmers, hikes in the minimum wage and health-care reform. Some colleagues remembered Wellstone as a "happy warrior," comparing him to the late Hubert Humphrey, a legend in Minnesota politics.

Passionate and vocal on the Senate floor, Wellstone was quick to debate his colleagues on a host of issues -- most recently the congressional resolution authorizing the use of force against Iraq, which Wellstone opposed.

"I really tried to never do anything I don't believe in, so I don't want to change it now. I really don't," Wellstone said in a recent interview with CNN.

Wellstone was in a tough fight for re-election this year, running against Republican Norm Coleman, a former mayor of St. Paul, Minnesota.

That political fight came to a sudden end Friday with his death in a plane crash in Minnesota. The senator's wife, Sheila, his daughter Marcia and several staff aides were also killed in the crash.

The senator said his position against the congressional resolution on Iraq might prove unpopular with voters, but he said he had to vote his conscience.

"I love being here and I love the chance at being a senator, but it's not worth it to me," Wellstone said of the prospect of supporting the resolution.

Diminutive in stature, Wellstone was nonetheless a powerful presence on Capitol Hill with his outspokenness. While he could be combative and bold, he also had an easy smile and often tried to inject humor into politics. He was close to other liberals in that chamber, notably Sen. Ted Kennedy, D-Massachusetts, but also struck friendships with his ideological opposites.

"Whether you agreed with him or not, you had to like him," said Sen. Patrick Leahy, D-Vermont, describing Wellstone as someone who was "not taken with himself."

Sen. Sam Brownback, R-Kansas, often disagreed with Wellstone, but described his former colleague as a man of "depth and passion" who cared deeply about the issues he fought for.

President Bush saluted Wellstone as a "plain-spoken fellow" and "a man of deep convictions."

Sen. Jesse Helms, a political darling to conservatives and often a political foil for Wellstone, called the late senator "a friend" and said he would be missed.

"He unfailingly represented his views eloquently and emphatically," Helms said in a statement. "Paul Wellstone was a courageous defender of his beliefs."

As the underdog, Wellstone garnered national attention with his first Senate campaign, in which he traveled the state in a green bus and aired humorous TV ads. "I'm better looking," he proclaimed in one ad, contrasting himself with his opponent, Republican Rudy Boschwitz, the incumbent whom he defeated.

He was a political science professor at Carleton College in Minnesota before he entered politics, and political biographies note that in his academic career he sometimes attended faculty meetings where he would lead students in protest.

The son of Russian immigrants, Wellstone was born July 21, 1944 in Arlington, Virginia.

This story has been posted in the following forums: : Headlines; Peace Corps - Congress

If one were amongst the 100,000 people walking towards the Civic Center in San Francisco on the 26th of October, 2002, one could easily see the sentiment for Paul Wellstone expressed on many of the war protester's signs: "REMEMBER PAUL WELLSTONE," "WE REMEMBER YOU, SENATOR WELLSTONE," "PAUL WELLSTONE: YOU WILL NOT BE FORGOTTEN." This theme was also seen simultaneously in the protests of Washington D.C., where between 140,000 and 150,000 protesters massed that same day.

The following message is provided by the staff of MoveOn (http://www.moveonpac.org/):

Our hearts are breaking with the loss of Senator Paul Wellstone of Minnesota, his wife of 39 years Sheila, his 33-year old daughter Marcia, and the three campaign aides and two pilots who were killed in a tragic plane crash yesterday.

Less than two weeks ago, we sent out a message asking MoveOn members to reward the heroes who had voted against the resolution on Iraq. In it, we talked about Paul Wellstone -- about his difficult re-election campaign and about how despite intense
political pressure, he took a stand of conscience. We talked about how Paul was a real hero -- a man who was unafraid to do the right thing no matter the consequences.

In response, folks gave and gave and gave. By now, we've given over $689,000 -- many times more than we've ever given to any other campaign. For many of us, chipping in to help in a tight race was the least we felt that we could do for him. It's often
the case that great people are lionized only after their passing. It is some small consolation that Wellstone knew how much we believed in him, cared about him, and were inspired by him before he died.

Senator Wellstone's campaign manager, Jeff Blodgett, made a statement today that sums up who he was:

"Paul Wellstone was one of a kind. He was a man of principle and conviction, in a world that has too little of either. He was dedicated to helping the little guy, in a business dominated by the big guys. We who had the privilege of working with him hope that he will be remembered as he lived every day: as a champion for people."

The stories that people tell about Wellstone -- and there are hundreds -- demonstrate just what a unique, principled, and inspiring person he was. As the New York Times reports, Wellstone "was one of the few senators who made the effort to meet and
remember the names of elevator operators, waiters, police officers and other support staff in the Capitol. James W. Ziglar, a Republican who was sergeant at arms of the Senate from 1998 to 2001 and who is now commissioner of the Immigration and
Naturalization Service, remembered today 'the evening when he came back to the Capitol well past midnight to visit with the cleaning staff and tell them how much he appreciated their efforts.'"

In his first race for the Senate in 1990, Wellstone was up against a candidate who spent seven times Wellstone's budget. Wellstone took a battered school bus across Minnesota, talking to voters
one on one. He also ran a bunch of witty low-budget TV ads. In one, the video and audio were speeded up. Wellstone said that he had to talk fast because he didn't have $6 million to spend.
Against tremendous odds, Wellstone won, becoming the only challenger in 1990 to beat an incumbent Senator. Russ Feingold, now a Senator from Wisconsin, credits Wellstone with having inspired his campaign.

Wellstone's campaign is still running one ad, which the Senator helped to write. In it, Wellstone says that he doesn't represent oil companies, drug companies, or "the Enrons of the world."

"But you know what?" he says, "They already have great representation in Washington. It's the rest of the people that need it."

Public service is a gift of one's life to the community. Senator Wellstone gave his life to work for all of us. His leadership and principles have inspired other members of the House and Senate
to do the right thing. And his courage, principles, and determination will be remembered for a long time to come.

P.S. Right now, to our knowledge, neither the campaign nor Wellstone's remaining two sons have announced how they would like his death to be commemorated. If you wish to send a letter of condolence to his campaign, you can mail it to the
following address:

Make sure that you write "In memory" on the outside of the letter -- that way the campaign will be able to sort the mail more easily.

P.P.S. With Senator Wellstone's passing, the Minnesota Democratic-Farmer-Labor Party will have to pick another candidate to replace him on the ballot. As information becomes available,
we'll let you know how we can win this one for Paul.