Morocco RPCV Avi Spiegel says U.S. should talk with Arab youth, not at them 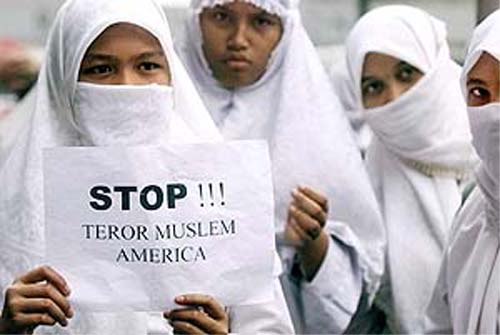 Read and comment on this op-ed piece from USA Today by Morocco RPCV Avi M. Spiegel who says that the United States should talk with Arab youth, not at them. We can begin by shifting our public diplomacy campaign away from the media and toward face-to-face discussions. We can include young leaders in our dialogues with governments, especially in the Middle East. We also need to expand our cultural centers in the Arab world. They should not simply hold trivial events, but provide safe spaces for genuine discussion. New academic-exchange programs plus enlarged and modified versions of such existing programs as the Peace Corps can help meet the growing demand for dialogue. Read the op-ed piece at:

U.S. should talk with Arab youth, not at them*


U.S. should talk with Arab youth, not at them

U.S. officials directing the latest drive to sell America's image to the Muslim world might learn something from students at a youth center in rural Morocco.

While I was a Peace Corps volunteer teaching English to teenagers and young adults in Morocco from 1998 to 2000, I decorated my makeshift classroom with the only pictures around: posters of life in the United States designed by the U.S. Information Service.

A day after U.S. bombs fell on Iraq in late 1998 during Operation Desert Fox, my classroom was vandalized, but most of the posters were left untouched. Only a small portrait of Ronald Reagan plastered on a poster titled "American Heroes" was tampered with. Black marker blocked out Reagan's face, the only recognizable political figure on a mural depicting the likes of Elvis Presley, Humphrey Bogart and Lou Gehrig. In a room filled with images of Native Americans, American religious pluralism, sports heroes and pop stars, only the politician was targeted.

The lesson that day, echoed repeatedly throughout my discussions with Arab youth, was clear: They rejected America's political policies, not its popular culture.

The Bush administration has commissioned TV ads that showcase the lives of several successful Muslim Americans of Arab descent. The ads, which are intended to show that America is not at war with Islam, are being aired throughout the Islamic world during the month of Ramadan.

Both the CIA and the United Nations have warned of the strategic importance of engaging Arab youth, whose disproportionate numbers will result in rising percentages of destabilizing and unemployable young adults. But shallow ad campaigns can't tackle the complexity of resentment toward U.S. policy in the Arab world. By promoting America's image through superficial methods, the effect on Arab youth is often more condescending than productive.

Our focus needs to be reversed: They hear enough about us; it is time for us to hear more from them. We must do what their own governments and media all too often refuse to do: allow young, increasingly vocal and often-ignored voices to be heard. Who better than the United States to promote free speech and foster robust political debate in the Arab world?

We can begin by shifting our public diplomacy campaign away from the media and toward face-to-face discussions. We can include young leaders in our dialogues with governments, especially in the Middle East.

If we won't meet with the Palestine Liberation Organization's Yasser Arafat, why not meet leaders from the Young Fatah movement? American officials should begin to do in the Arab world what they frequently do at home: hold symposia and town hall meetings with Arab youth populations, including Arab Muslim students in the United States.

We also need to expand our cultural centers in the Arab world. They should not simply hold trivial events, but provide safe spaces for genuine discussion, as well. New academic-exchange programs plus enlarged and modified versions of such existing programs as the Peace Corps can help meet the growing demand for dialogue.

"I love America, but I hate your government," a student once confided to me.

Bombarding Arabs with our pop culture or saturating them with positive images of life in America does nothing to resolve this paradox. Indeed, even without our advertising efforts, the Arab world sees plenty of America's culture: Arabic-language shows feature the latest American music videos, and in North Africa, for example, ancient cities and hillside villages are dotted with white satellite dishes that allow families to share mint tea in front of French-dubbed episodes of ER and Friends .

Our policies are in question, and we should afford Arab youth reasonable chances to voice their concerns. We can do this while allowing our government the oppor tunity to explain our policies in effective interchange on talk shows and in chat rooms and in vibrant exchanges at outdoor cafes.

Such intellectual and interactive defense of American policy is something they hear too little of from their own media.

Avi M. Spiegel is a student at Harvard Divinity School and New York University School of Law. He served as a Peace Corps volunteer teaching English to teenagers and young adults in Morocco from 1998 to 2000,

This story has been posted in the following forums: : Headlines; Speaking Out; COS - Morocco

First, let me tell you that Morrocans are not Arabs. They are AMAZIGH or BERBER. 75% of them have Tamazight language as their mother-tongue.
A minority of arabo-islamists supported by France and the Arab League hold sway and dominate the country.

The Amazigh majority is getting more vocal but finds no support as French and Arab interests filter the media. The US tends to ignore certain regions or views them through second-hand reports and deforming prisms of so-called french or 'arab friends' who'd stab you, the infidel, the moment they'd know they can get away with it.

Second: whenever there is an anti-western demonstration, it is never spontaneous nor free. Mass organisations controlled by the arabo-islamists of the State are behind any public gathering. There is no public opinion as such. No freedom of expression, no human rights apart from religious brain-washing and bigotry that incite to negation and hatred of everything that is not arab or muslim.

Berbers are awakening but are totally isolated and try to resist assimilation/arabicization.

My suggestion is to look at this matter seriously as endoctrination through arabo-islamism leads to terror eventually. What we witness in the Horn of Africa, Sudan, Darfur, ALgeria for instance is due to the complacency of major western powers. France cannot be trusted to deal with the problem. Its leaders are responsible for most of what is occuring in North Africa. They promoted arabism against Berber freedom fighters and resistance during their colonial rule and today they are being swamped by the pressure and blackmails of the Arab League.

The Algerian Amazigh, especially the Kabylians are doing well despite the odds stacked against them. They liberated Algeria so have strong traditions of resistance for freedom and democracy. AT independance they were betrayed by all the States of the region, De GAulle himself and some of their allies. Exhausted by a savage and long bloody war they could get involved in another fratricide war.
....................

............ If we hail democracy , we are to support and lend attention to people who share our values and are as a matter of fact buffer between us and the tide of islamism fomented by arabian petrodollars. Israel and free Kurdistan in Asia Minor need their counterpart in NorthAfrica: Berber Federal States of North Africa based on democracy.