Reflections of a RPCV on American Myopia and the Islamic World 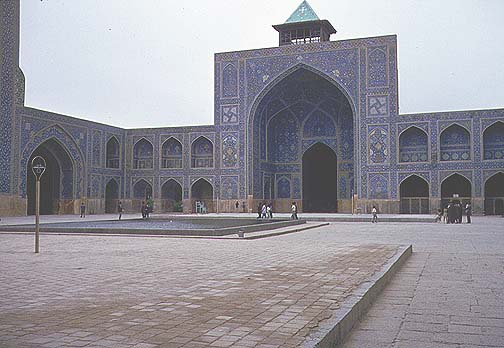 Read and comment on this exclusive article from RPCV Bill Moseley, an assistant professor of geography at Macalester College in St. Paul, MN who served in Mali from 1987-89 as an agricultural volunteer who has written about his travels and study of the Islamic world and observation that that most Muslims are peace loving people and that violence prone Islamic extremists are not the norm. His article is on the role of Geography in recognizing the connections between different places and regions and how geographic understanding can help us avoid errant conjecture, stereotypes and xenophobia about Islamic culture. Read and leave your comments on this very insightful article at:

Reflections of a RPCV on American Myopia and the Islamic World*


Reflections of a RPCV on American Myopia and the Islamic World

While nearly every discipline has some insight to share regarding the events of 9/11/01, I believe geography is particularly well equipped to put these occurrences in context and give us some understanding as to why they transpired. At the simplest level, knowledge of other places and peoples aids us in putting the actions of a few individuals in perspective. Geographic understanding helps us avoid errant conjecture, stereotypes and xenophobia. It enables us to realize that most Muslims are peace loving people and that violence prone Islamic extremist are not the norm. Geography also is about recognizing the connections between different places and regions. To this end, I share an observation and two stories about interconnectedness in the world that relate to 9/11.

First, there are interesting connections between oil use in the US, politics in Saudi Arabia, and the global promotion of a conservative brand of Islam. Americans consume more energy per capita than any other people on earth. With only 5% of the world's population, we consume 25% of the world's energy. U.S. car culture is largely responsible for our energy addiction as motor vehicles consume two-thirds of the oil used in America. Exacerbating our auto dependence is cheap fuel and an urban infrastructure that encourages us to use cars (cities with large roads, limited sidewalks and little to no public transportation). The problem is that we must import oil to satisfy our energy addiction, and this addiction increasingly drives our foreign policy. With tacit U.S. support, the Saudi royal family has cut a Faustian bargain in which the Saudi Arabian government has given free reign to conservative Muslim clerics in exchange for uncritical support of the ruling family. The well financed Saudi religious establishment has promoted conservative Koranic schools around the Muslim world (including Pakistan and Afghanistan), produced the likes of Osama bin Laden, and served to focus popular outrage at Israel (and away from any critique of undemocratic leadership in Saudi Arabia). Yet, the US implicitly fosters this situation because of its oil addiction.

Second, the promotion of a conservative brand of Islam dovetails with a rapidly globalizing world that many find troubling. I served in the Peace Corps in the West African nation of Mali in the late 1980s. In Mali there has been a great deal of intermingling between Islam and traditional religions, with most Malians practicing a very tolerant brand of Islam. The rural community where I was based as a Peace Corps volunteer numbered about 200 people, and I continue to return to this area every 2-3 years for the purposes of research. These return visits have allowed me to witness change over time. One such change involves a good friend in the village who increasingly has become a devout and fundamentalist Muslim over the years. During my return visits, this friend and I inevitably get into heated debates about his increasingly conservative religious and political views. What he appreciates about Islam is that it makes a disorderly world neat. It gives him a clear framework to classify things as good or evil (ironically in a way that our president likes to classify things as good or evil). Mali, like much of the developing world, is a messy place. While Mali has experienced democratic rule since 1992, corruption continues to be a problem. Westernization has meant that traditional values are under assault: the young no longer seem to respect the old; crime is a growing problem in many areas; and young adults have children out of wedlock. To make matters worse, the marketing of Americana overseas is often of the worst variety - cheap films and TV programs, Coca Cola and Marlboro. While I am a liberal thinker, I can understand how the rigidity of some versions of Islam may appeal to those who see their world falling apart.

Finally, the edges of the developing world are unruly in a way unknown to Westerners. Furthermore, we have played a role in the oppression that occurs in these areas. When I finished my Peace Corps service I traveled over land for several months across the Sahara desert. With two friends, I went north on the Niger river to Gao, where we found a truck that was heading to Algeria and willing to take passengers. Other passengers in the truck included several sheep, a group of Tuareg nomads trying to sneak into Algeria, a one legged Senegalese man looking for work in Libya, the former chauffeur of Sekou Toure (the first leader of independent Guinea) and an explosives expert who used to be in the Algerian underground army.

There are two interesting observations related to this trip. First, about five miles before we got to the Algerian border from Mali, half of our fellow passengers just disappeared into the dessert, only to reappear on the other side. Although governments may try to enforce borders in developing countries, this is a bit like building a damn in the ocean. American imposition of order in these areas, if attempted, will be illusory. My second observation relates to the explosives expert who had served in the Algerian underground army. As you may know, Algeria was a former French colony that went through a bloody independence war in the 1950s. As the Algerians could not beat the French on the battle field, they formed the Algerian underground army that undertook missions of sabotage in French territory. These soldiers were labeled as terrorists, but they also were fighting for the independence of their country. This raises the tricky question of when saboteurs are terrorists and when they are revolutionaries? I am not suggesting that those who blew up the twin towers were freedom fighters. But since 9/11, our government has been looking around the world and labeling a lot of people as terrorists (and ignoring that fact that this can be a somewhat subjective decision). Nor do I mean to condone violence as a form of resistance, but I can understand how people react violently when they feel oppressed. Perhaps the best way to end armed struggle and terrorism is not through violence, but through ending our support for undemocratic regimes). While there have been calls for Americans to be patriotic by shopping, possibly the best thing we could do is limit our energy consumption and, by extension, our unsavory connections with dictators.

Geography helps us understand connections like the ones just described, but sadly, most Americans are very poor geographers.

Bill Moseley is an assistant professor of geography at Macalester College in St. Paul, MN. He is a Mali RPCV where he served from 1987-89 as an agricultural volunteer. Bill also has lived and worked in Zimbabwe, Niger, Malawi and Lesotho. His research and teaching focuses on issues of environment, development and agriculture in the developing world, particularly Africa.

This story has been posted in the following forums: : Headlines; Speaking Out; Special Interests - Social Science; COS - Mali

Who did you go with up there?

I like how you say its a subjective decision to call someone terrorist. I try not to use the word, but at times I do.

I understood the tuareg's political positions too. However, threatening and killing do come from ignorance no matter who commits the crime.
Just look at some of the tuareg's positions on America. During your time in Mali, they thought our bombing of Libya was a driect assault on them and their resistance. Many of them felt George Bush's direct support for Mousa Traore was hampering their efforts and they view Americans and Westerners as being the true face of our President's actions.

Fortunately, Mousa was finally caught with his hand in the cookie jar and we got a new President. There was a truce during those transition years.