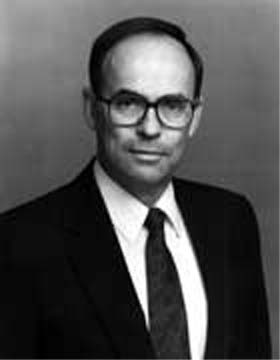 Read and comment on this story from the Columbus Ledger-Enquirer on the watchdog committe for Fort Benning's Western Hemisphere Institute for Security Cooperation. Among the witnesses testifying before the committee was Jose Sorzano who served as Country Director for the Peace Corps in Colombia from 1976 to 1979.

In the hearings, Sorzano lobbied fervently for recommendations in the institute's human rights training that would include case studies of atrocities committed by armed anti-government movements such as FARC in Colombia. Sorzano said one of his volunteers was kidnapped and held for three years during his tenure as Country Director. "He was a nut case when he got out," Sorzano said. "He committed suicide a year later. If that's not a human rights violation, I don't know what is." Read the story at:

School gets OK with a call for improvement

A watchdog committee gave Fort Benning's Western Hemisphere Institute for Security Cooperation its seal of approval Thursday, but recommended that it improve on some of its accountability measures.

Convening its second meeting since the institute opened in January 2001, the board reviewed whether the school is adhering to U.S. law and policy. The board overwhelmingly said it had. However, it did express concerns.

The board's curriculum subcommittee, co-chaired by university professors Jennie Lincoln and Deborah Avant, noted that original U.S. Department of Defense doctrine and policy material -- printed in English and translated into Spanish at the institute -- could not be located. The board expressed concerns that, lacking the original documents, translated material can be "nuanced" and not held accountable to intended principles.

"That is a vulnerability," said U.S. Army Lt. Gen. Larry Jordan of Army Training and Doctrine Command. "It is very important to have source material to understand what it was you were thinking and trying to accomplish in the first place."

Lincoln said she was "more concerned" about documents that had been updated by Spanish-speaking instructors at the institute that lacked an original source.

Another concern expressed by the board involved institute classes on law enforcement, most notably drug interdiction. The board said it could not determine whether those classes were conforming to U.S. doctrine and urged the institute to establish a more effective review process of those classes.

Meanwhile, the board praised the institute's human rights program, but urged the school to continue integrating training with democratic principles.

Kim Porter, a board member with SOA Watch that conducts an annual protest against the Fort Benning school, said the board had allayed concerns that it would be a rubber stamp for Department of Defense policies. Porter said he would continue to oppose the school, but said he was impressed with the group's analysis.

"I appreciate the committee's report and how transparent the board is," Porter said.

Board members bring with them strong opinions, especially when it comes to human rights issues.

The U.S. State Department, represented by Michael Zarin, policy analyst for the department's Western Hemisphere Bureau, and former Ambassador Jose Sorzano, lobbied fervently for recommendations in the institute's human rights training that would include case studies of atrocities committed by armed anti-government movements such as FARC in Colombia.

Sorzano, also a former director of the Peace Corps in Colombia, said one of his volunteers was kidnapped and held for three years during his tenure there.

"He was a nut case when he got out," Sorzano said. "He committed suicide a year later. If that's not a human rights violation, I don't know what is."

Most of the board, however, expressed concern about including atrocities committed by rebels in the curriculum.

U.S. Army Gen. James Hill, commander of U.S. Southern Command, said the doctrine would run the risk of inflaming the passions of Latin American officers against insurgent groups, rather than teaching them the fundamentals of human rights.

"It's a bit of a slippery slope," said Jett, dean of Latin American studies at the University of Florida. "If you arrest a FARC member for kidnap and murder, what are you going to charge him with? You can't charge him with a human rights violation."
Contact S. Thorne Harper at (706) 571-8516 or sharper@ledger-enquirer.com

This story has been posted in the following forums: : Headlines; COS - Colombia; Special Interests - Human Rights