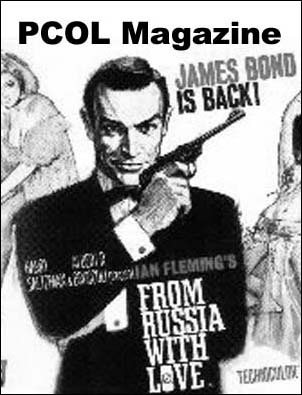 Like the script from some bad 60's spy movie, the Russian government announced its intention to abandon the ten year agreement with the Peace Corps amid allegations of "suspicious activities" by the head of Russia's Federal Security Bureau (FSB) previously known as the KGB.

One problem was that since Russia's refusal in August to renew visas for almost half the Peace Corps Volunteers already serving in Russia, it appeared the Peace Corps had been hoping against hope to salvage a dying program. Peace Corps either couldn't or wasn't allowed to deal with the reality that the Russian government really didn't want the Peace Corps any longer and the matter escalated from visa problems in August to KGB spy allegations in mid-December and finally to the Russian announcement December 27 of the end of Peace Corps Programs in Russia.

Why has the Peace Corps yet to make any official announcement challenging the assertions of the FSB? Why has Peace Corps deferred to the State Department for all public responses and what does this say about Peace Corps independence? Finally, why didn't Peace Corps read the handwriting on the wall, respond to the situation responsibly and conduct a graceful and dignified graduation that honored the volunteers and staff who served in Russia and recognized the Russian agencies, NGO's, and individuals who have supported Peace Corps in Russia over the years?

What RPCVs say about the situation

I know this is outside the point of the spy issue, but I was surprised to read that Mr. Hay has been with Peace Corps the past 9 of 11 years. I understood that under the legislation, people could not work with Peace Corps over 5 years at a time.

Peace Corps may very well be a a medium for espionage. its been alleged before and it may very well happen again in other countries ... China for example. if the US has planes off of Hainan, why not operatives in the Peace Corps?

Sascha...please put the Fredrick Forsyth novel down maya brat...Peace Corps would never jeopardize funding, investigations by Congress, bad PR, and their reputation by allowing an intelligent agency to use it for cover by an agent...It may have happened once or twice in the past - but that was the 60's. The Russian situation was not, is not, never was about spies...

Rebekah - yes, there is a 5 year-rule which may be overridden should the staff member possess a qualification or ability not easily replaced. This is rarely done, but there are many people who have worked with PC for more than the 5 years - they just put them on a contract as opposed to being an employee....Mabye admin1 can weigh in on a more informative stance...I once worked with a CD in the Baltics who worked for 25 years with PC...

The original five year rule was no intelligence activity. Since it was put into effect, everything related to PC seems to be on a five year plan.