Caption: Director Vasquez says he does not believe it is Peace Corps' role to establish or to define or build political infrastructure in Peace Corps' Countries of Service. However he recently sent volunteers to East Timor to work in local Governance Programs.

Read and comment on this letter to the editor in NPCA's Winter 2002 3/1/61 newsletter from RPCV Gregory R. Roche questioning Director Vasquez's brief explanation to the question of governance programs as a possible programming area and whether Director Vasquez "has a firm grip on his Agency's programming areas, or worse, that he is misleading the reader to avoid criticism." Read the letter at:

In his interview in the Fall 2002 issue, Peace Corps Director said "No" with brief explanation to the question of governance programs as a possible programming area, yet the announcement on Page 7 of Peace Corps Entry into East Timor includes governance promotion as a work assignment. Absent clarification, readers are left with the impression that Director Vasquez does not have a firm grip on his Agency's programming areas, or worse, that he is misleading the reader to avoid criticism.

I happen to agree that Peace Corps should not be involved in politically sensitive areas such as governance.

No! Director Vasquez says no to Governance Programs

Read this excerpt from and interview with Director Vasquez from the Fall, 2002 issue of the NPCA's 3/1/61 newsletter at:

Question: How about governance programs?

Vasquez: No, I don't believe it is our role to establish or to define or build the political infrastructure. We help develop communities through economic improvement, education, housing, health, and other components of the Peace Corps mission. 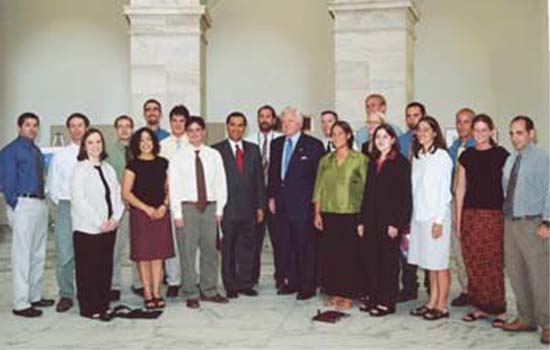 Read this Peace Corps Press Release which says that the first group of volunteers bound for East Timor will work in local governance promotion and community health services planning at:

Washington, DC, June 18, 2002-The first group of Peace Corps volunteers to serve in the newly-independent nation of East Timor, formerly part of the island nation of Indonesia, will depart June 19 from Washington D.C. The nineteen volunteers, who have all recently finished a two-year Peace Corps assignment in another country, will spend the next year helping to establish a Peace Corps presence in East Timor and set up foundations for sustainable development projects.

East Timor is the 136th country in the world to invite the United States government to send American Peace Corps volunteers to live and work in their country.

The volunteers will spend the first four weeks in Dili, East Timor’s capital, participating in language, cross cultural, safety and security, medical and job-related training. They will be learning Tetun, one of the two official languages in East Timor and the language most used by the majority of Timorese people.

The volunteers will work in one of two project areas: local governance promotion or community health services planning. They will work closely with local governing bodies to develop project plans for their assignments 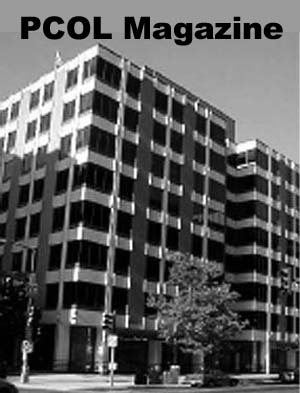 Governance Promotion has been a controversial issue and has not been promoted by the Peace Corps because it is considered too politically sensitive. The appointment of Lloyd Pierson as Peace Corps Chief of Staff and the appointment of other alumni of the International Republican Insitute (IRI) into senior Peace Corps management positions has made this an issue since the IRI has been a strong proponent of Democracy Promotion. The IRI, along with its sister non-governmental organizations, the National Democratic Institute (NDI) and the National Endowment for Democracy (NED), was established by Congress in the early 1980s to help promote democracy worldwide.

Read more about about the IRI, Governance , and Democracy Promotion at:

The IRI and Governance Promotion

NAIROBI -- While most Americans spent Saturday, September 26, running errands, doing household chores, or relaxing, Lloyd Pierson was flying high above the Atlantic on his way to Nigeria, where he will help democracy advocates plan national elections, their first since the recent death of General Sani Abacha.

Pierson, a former Peace Corps director in Ghana in the early 1980s who is now director for African programs at the International Republican Institute (IRI), spoke to a U.S. Information Agency (USIA) reporter traveling on the same plane.

Pierson said he looked forward to working with Nigerian democracy advocates in Lagos and Abuja to plan upcoming legislative and presidential elections scheduled between December and March 1999.

IRI, Pierson explained, runs workshops on electoral techniques such as poll watching, voter registration, and political campaigning. At the same time, it offers civic education programs for voters and citizen interest groups who wish to organize.

"Africans are no different from Americans when it comes to participation in political life," Pierson pointed out. "They want education, good health, good roads, and a good quality of life, and they want to determine how to bring that about."

On a personal level, Pierson said, "I'm looking forward to [the] visit because I've never been to Nigeria, and during the seven years I lived in Africa I came to love the continent and learned that its people want the same kinds of things, like democracy and freedom, that everyone in the world wants."

Nigeria's new head of state, General Abdulsalam Abubakar, recently traveled to the United States, where he met with President Clinton, Secretary of State Madeleine Albright, and other top U.S. officials. Abubakar succeeded Abacha, who died of a heart attack, and has promised the military will hand over power to civilians after presidential elections in late February 1999.

Asked if he thinks Abubakar is more sincere about returning to the barracks than Abacha was, Pierson said: "I definitely think so. That's why I and a colleague are traveling today to take a firsthand view. We're going to meet with as many of the members of the National Election Commission as we can."

Commenting on progress the Abubakar regime has made in releasing former political prisoners and smoothing the way for national elections, Pierson said, "I don't think anybody would have believed such a thing would have been possible six months ago" when Abacha was still alive.

Pierson said IRI has not done any work in Nigeria since it sponsored a small youth leadership program in 1992-1993. But he added that he thinks prospects are good now for IRI and other non-governmental organizations (NGOs) that promote democracy to come and operate in the country. "The simple fact that we were able to get visas attests to the new openness," the IRI official said.

Pierson said he was emboldened to make the trip to Nigeria now, in part, because "we have had very good meetings with Nigerian officials at their embassy in Washington."

He added that "among the Nigerian community in America, whom we've spoken with, there are some mixed feelings" about trusting the new regime, but "I think everybody is hopeful and wants a civilian democratic government."

IRI, along with its sister non-governmental organizations, the National Democratic Institute (NDI) and the National Endowment for Democracy (NED), was established by Congress in the early 1980s to help promote democracy worldwide.
Click on a link below for more stories on PCOL


Peace Corps's aims are not the same. Also, there can be a debate about what is most important in particular countries. My belief is that Food, Water, Shelter, Health and Education are the primaries for any society. Putting governance programs into the Peace Corps would ruin its goals, its reputation as an independent form of aid through human exhange and sharing of knowledge, and that it does not meddle in the political affairs of the country.

Every volunteer would be labeled in a given country by the locals as provacatuer or a poltician. JFK, Sarge Shriver and others, I believe did not envision this type of Peace Corps.

Let USAID continue to administer this program. If after Peace Corps, you want to be a politician in a developing country, well then join the Governance programs.

Peace Corps is political enough now. Don't do it.

I just had a chance to read the former interim Peace Corps Director's comments about Democracy programs at Peace Corps.

Unbelieveable, does he work for USAID or Peace Corps? I think he is confused. That is right Lloyd, I am being critical of your pursuits in Africa. I didn't see Ms. Carroll taking your actions. I think being one of the original volunteers Ms. Carroll knew her role in being the Director in Africa.

As the interim Director, I unfortunately had a chance to speak with you alittle about my own case with Peace Corps. You knew all the injustices before you took the phone call, but you did not try to resolve anything, you did not help me, you did not help my family (who has endured over the years), and most of all you didn't listen to my own mother's pleas for justice in my case. How are you going to solve political problems in Africa, especially in Nigeria, when you can't even be fair back home with Veterans?

Also, during your period as interim director, Walter Poirier's case, Susan Fagan's case, the murders of Jang Lee and Larissa Jaffe were all under your watch. You did nothing. Ms. Fagan and Walter are not with us. I don't think you took proper responsibility in both cases. You could of changed policy, period. You could have seen the real challenges with Peace Corps today. Instead, your in Lagos or Kano trying to get Peace Corps in their political strife. What is next? Are you going to send a twenty two year old woman to Kano to teach democracy, when just two and half months ago half a village was wiped out?