Green to the Corps 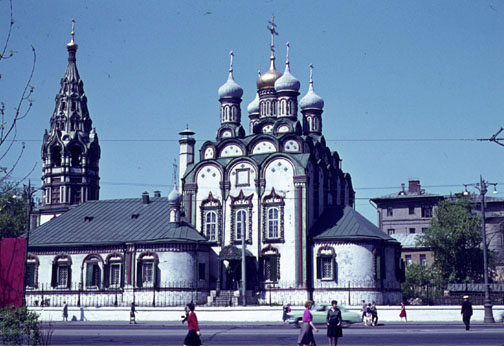 Green to the Corps

Green to the Corps
by Miranda Lutyens

Late last summer at Vostok Bay, a few hours east of Vladivostok on the Sea of Japan, seven new Peace Corps volunteers were welcomed ashore. Green in purpose, not from rough seas, the new group met with veteran volunteers who had already been engaged in environmental work in the Russian Far East for the past year. Four days under the September sun allowed the new group to explore the coastal surroundings, soak up advice from the more experienced volunteers, and get to know each other better, through environmental games and activities.

Training through eco-games in the outdoors is a departure from Peace Corps' initial RFE program, which focused on fulfilling the Russian government's requests for volunteers with finance and management skills. The development of the environment program a few years later represented more of a two-way street, as Peace Corps staff began asking government ministries, educational facilities and NGOs if there were other ways Peace Corps volunteers could serve local communities.

Environmental awareness and education emerged as a priority, and soon Peace Corps was seeking potential sponsor groups for volunteers with green credentials. In the summer of 1995, the first group of 12 arrived. After two months of intensive training, which included homestays with families in the small city of Artem near Vladivostok, the volunteers headed off to their respective sites and sponsors, spread throughout Khabarovskii and Primorskii Krai. Some were sent to work with government employees at zapovedniki (nature preserves) in the wilds of the taiga or in remote coastal regions; others were matched with local NGOs involved in youth activities or after school education centers in more urban settings.

The adjustment to new surroundings and working conditions was not easy for many of the volunteers. Language and cultural misunderstandings presented typical hurdles to all, but more subtle communication barriers stemmed from the high expectations on both sides. Nikolai Kazakov, the coordinator of the environment program, says both parties were "volunteers," exploring new ground and experimenting in the field of cooperative, cross-cultural efforts.

Lilya Kondrasheva, head of an after-school environmental education center and one of the first sponsors, explained that there were moments in the beginning when she somewhat regretted that her volunteer didn't have the background knowledge and advantages of some of the veteran, Russian-speaking foreigners doing grassroots work in the region.

"But I soon realized that we were all gaining a great deal from learning to work together effectively. I think that the concrete results of the partnership are remarkable," she said.

Chris Church, a volunteer in the coastal village of Ternei in northern Primorskii Krai, said the novelty of the RFE environmental program led him to choose it over Botswana, which offered a more structured program. While Church settled into rural Russian life and his work with a local school with relative ease, other volunteers often felt underutilized or left adrift. In some cases, a volunteer had to work with the sponsor to redirect the partnership. During the initial phase of his service at Primorskii's Marine Zapovednik, Victor Starostka found that his primary task was writing grants to US foundations and government branches.

"Though I completely understood the dire financial situation, I had to explain that most potential funders in the US wouldn't support a government-financed structure; I'd also tell them that our protected territories are having their own problems as the government continues to cut funding," he said.

Starostka, who is on leave from the Fish and Wildlife Service in Sitka, Alaska, worked with his sponsor to identify other projects that suited his skills; meanwhile, he began talking with members of the Vladivostok branch of the Rotary Club about the potential for a city scrap metal recycling program. Another zapovednik volunteer, James Joerke, encountered the same difficulty in his work with the Khanka Reserve; however, like Starostka, he eventually found a niche focusing on developing ties between a US protected territory and Khanka, with the goal of encouraging such relationships elsewhere in the region.

After a winter of working to overcome hardships and hurdles, a number of the environmental volunteers hit their stride last spring with the planning of outdoor summer camps and expeditions. In organizing the events, volunteers assisted their sponsors in the process of fundraising, jointly writing grants to funders and approaching local merchants for in-kind contributions.

While the volunteers were realizing how to put their skills to work, the Peace Corps administration was preparing for the second group. Helen Wheeler, director of the Peace Corps RFE office, explained that assessing the successes and challenges experienced by the pilot group of volunteers factored critically into plans and preparations for the next group. In considering where to direct the program in the immediate future, Wheeler and Kazakov came to the conclusion-based on the realization that language skills were a real issue-that the program should focus primarily on informal environmental education work with children, where energy and enthusiasm often prove more effective than language fluency. The administration also decided to respond to the continuing growth of the NGO movement in the RFE and bring in volunteers to work with local environmental groups on organizational development and management. Peace Corps encourages volunteers to take advantage of the resources available through local NGOs and maintains close ties to other organizations working to promote environmental awareness in the region.

To the contrary, many of the volunteers arrived with little experience in environmental education. Craig Christian, who recently finished a master's degree in environmental engineering, admitted that his vision of working in the Peace Corps did not include teaching ecology to high school kids. Nonetheless, he looked forward to the assignment, and planned to use music in his teaching by traveling as an environmental bard.

No matter their level of experience, volunteers bring a high level of enthusiasm, perseverance and energy to their work. Wheeler, who has served as a volunteer and then staff member with the Peace Corps since 1974, believes that it is the volunteers' spirit and initiative that has gained the Peace Corps' RFE program respect and support both locally and in the US.

"I think people here enjoy the international presence and the exposure to another culture that the volunteers provide," Wheeler said. Each volunteer throws open a window on life in America, counteracting the stale, flat images processed and shipped over to Russia from the Pacific's far shores. The volunteers work with youth-the group most vulnerable to misrepresentations of America-makes this aspect of their presence especially important.

Volunteers, sponsors and staff all agree that it is in children that the effects of the Peace Corps' work will live on. The attitudes and behaviors developing in the youth of Russia will soon be steering the country, making their attitudes to the earth crucial to the region's development. Commenting on the spirit of volunteerism, Wheeler predicts that the enthusiasm and humanism exhibited by the volunteers will be adopted by many of those children in whom they have invested their time and efforts, transforming them into the next wave of environmentalists.

Miranda Lutyens is the co-coordinator of ISAR-RFE's environmental education program.

This story has been posted in the following forums: : Headlines; COS - Russia; Special Interests - Environmental Science