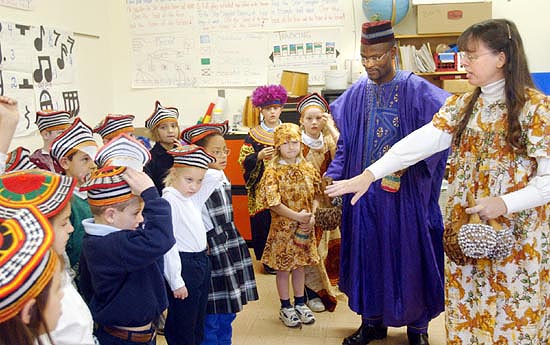 The United States has been considered a leader in the global world of awareness since the beginning of the Monroe Doctrine in 1823. It is the one country that has influenced international economics, world politics. As a college student, I have become aware that most of my classmates and friends are not concerned about foreign affairs. Americans, especially college students need to know what is going on around them. It is a vital part of our promising future that we understand the importance of global awareness. A rising controversial question that I have noticed as a student is: why is the United States considered a leading global power when we have so many problems of our own? How did we gain such a prestigious title? This “world leader” title is inconsistent because people, especially youths and college students don’t care about what is happening around the world. That is the most horrific problem of all. Apathy is worse than hate and ignorance because Americans don’t want to know and don’t care to understand about foreign affairs.

There are many solutions to apathy and ignorance. The combination of “realists” and “idealists” play a central role in giving democracy the vitality and appeal it enjoys around the world today. The promotion of democracy worldwide advances the national security of the United States. It promotes national security by arguing that such policy makes for better relations with other people Hence this satisfies realist demand that the country thinks of its interests which are defined in terms of the international organization of power (Smith 224).

Another solution dealing with apathy and ignorance is involving students in the Global Awareness Program. This Program seeks to develop among students, the ability and interest to learn more about the world and its diverse peoples. This process also leads students to greater self- awareness, self-motivation, and self-reliance. The program developed by former Peace-Corps volunteers who focus on changing the lives of youths to better understand that there is a world around them besides the United States. Global Awareness was founded to contribute to the third goal of the Peace Corps Act of 1961: To help promote a better understanding of other peoples on the part of Americans. Moreover, it gives students a chance to express their own opinions on some complex and emotionally charged issues. This fosters interests in other cultures and promotes good citizenship among college-age students. It also promotes tolerance and multicultural understanding and lessen inter-group tensions. The Global Awareness Program is designed to inspire students of a racial background to examine their own experience and attitudes toward different groups of people and each other. The students learn how to interact better with one another and explore the cultural differences among themselves (webmaster@globalawareness.com) .

Part of being aware of global politics is knowing the complicated policies and theories what is happening around the world. The main theme in recent foreign policies is “stability through détente.” Stability can be achieved through a new structure of relations: presumably a multipolar balance of power. A multipolar balance of power is potentially more stable than bipolar balance this is because the number of interactions in a multiple relationship among foreign nations is greater than in a bipolar relationship.(More nations are working in conjunction with each other and are focusing outside their hostility to solve world issues regarding a particular country.) This reduces the dangers which come from mutually reinforcing antagonisms typical of a bipolar dyadic relationship. In a multipolar set of relationships there will not be a zero-sum game, action by one will not require an equal offsetting response by the other. Instead of the mutual reinforcement of hostility, which often comes from a dyadic relationship, there may be the dissipation of hostility because the number of interactions is greater. For instance, both the Soviet Union and the United States are now diverting more attention toward Communist China, an “emerging nuclear power.” Thus, the share of attention the Soviets and the Americans devote to one another must of necessity decrease.

A bipolar balance of power, according to Kenneth Waltz, is preferable to multipolarity due to the fact that it is more apt to enhance stability and inhibit the use of force. For instance, while both the Soviet Union and the Untied States have conflicting world-wide interests, they are more committed to maintaining some measure of stability through a “solid and determinate balance (Hillam3-5).

Another solution to ignorance and apathy is simple; Americans must learn about politics and understand what the policies and theories mean to our future. (Developed states are putting aside military, political, and territorial ambitions as they struggle, not for cultural dominance, but for a greater share of world output.) Countries are not uniting as civilizations and girding for a conflict with one another. Rather, they are downsizing—in function if not in geographic form. “Today and for the foreseeable future, the only international civilization worthy of the name is the governing economic culture of the world market. The forces of globalization have successfully resisted partitioning to cultural camps.” The virtual state—a state that has downsized its territorially based production capability,—is the logical consequence of the emancipation from the land. Firms have discovered the advantages of locating their production facilities wherever it is most profitable. Parts of a corporation are dispersed globally according to their specialties. However the more important development is the political one, the rise of the virtual state, the political counterpart of the virtual corporation. The most advanced nations shifted their share from controlling territory to augmenting their share of world trade. In that period, goods were more mobile than capital or labor, and selling abroad became the most profitable for entrepreneurs.

As capital has become increasingly mobile, advanced nations have come to recognize that exporting is no longer the only means to economic growth; one can instead produce overseas for the foreign market. The virtual state determines overall strategy and invests in its people rather than amassing expensive production capacity. It contracts out other functions to states that specialize in or need them. The virtual state is very new to the public. It opens and at the same time can control the trading passages. Countries can be the most powerful and influential without owning a lot of land. Imperial Great Britain may have been the model for the nineteenth century, but Hong Kong will be the model for the twenty first century. The virtual state is a country whose economy is reliant on mobile factors of production. It encourages, stimulates, and to a degree even coordinates such activities.

In formulating economic strategy, the virtual state recognizes that its own production does not have to take place at home; equally, it may play host to the capital and labor of other nations. The virtual state specializes in modern technical and research services and derives its income not just form high-value manufacturing but from product design, marketing, and financing. The rationale for its economy is efficiency attained through productive downsizing. Virtual nations hold the competitive key to greater wealth in the twenty first century. They will likely supersede the continent- sized and self-sufficient units that prevailed in the past. Productive specialization will dominate internationally just as the reduced instruction set computer chip has outmoded its more versatile but slower predecessors. Rather than mass, land, capital, and labor, virtual states set strategy and invest in people (Rosecrance 45-49).

I read and watch the news through mass media. Ultimately, I have come to a conclusion and realized that redundant America does not reciprocate the international attention it gets back to the countries who are following it like sheep. I am a typical college freshmen with an open mind and I am one with liberal views on world politics. However, I think that America needs to look back to its “founding father days” and analyze how it developed and advanced through the help and teachings of her supportive countries. We, as U.S., citizens are the most influential people around the world. Similar nations look up to us as a model for supporting, governing, and entertaining for their lifestyles and cultures. To solve our socio- economic problems, it is necessary that we look back at our following countries and learn from them.

Back to The Full Cup