Our Letter to Director Vasquez*


Our Letter to Director Vasquez

Please endorse HR 250. This is the same bill that Senator Dodd introduced in the Senate last year that passed by unanimous consent with your endorsement. If this bill is to pass both the Senate and House this year, it will need bi-partisan support and the Director of the Peace Corps must support it.

If Peace Corps and the Returned Volunteer Community can work together, there is nothing they cannot accomplish. If this bill is passed, it will become part of the legacy of your tenure as Peace Corps Director and will be remembered for years to come. No one will ever be able to take that away from you as something that was accomplished on your watch and RPCVs will remember your help.

The Director's Reply to our Letter 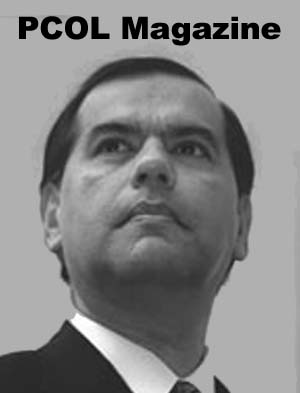 Thank you for your recent correspondence regarding H.R. 250, the "Peace Corps Charter for the 21st Century Act." As a returned Peace Corps Volunteer (RPCV), your opinion is very important to us.

The Peace Corps remains committed to its original core values. Any changes or alterations to the management structure and administration of the agency, as outlined in the proposed legislation, require thoughtful consideration. As you know, the Bush Administration and Congress are clearly committed to the Peace Corps. Congress recently passed and the President signed the largest budget appropriation in the history of the Peace Corps--$295 million. We also believe that the President's budget request of $359 million for fiscal year 2004 will enable us to increase the number of Volunteers while at the same time ensure that the quality of our Volunteers and the Volunteer experience remain high.

Few agencies have been so successfully and efficiently managed over such a long period. As the Peace Corps celebrates its 42nd anniversary, it is with the realization that the broad authority given Peace Corps has allowed us not only to provide an exceptional Volunteer program but to launch such successful initiatives as the Paul D. Coverdell World Wise Schools Program and Crisis Corps. Most recently, we have established a partnership with the National Geographic Society's Educational Trust, which resulted in the creation of the "Building Bridges" curriculum. These accomplishments were possible because of the flexibility under the Peace Corps Act. Our effectiveness in an era of continued growth and opportunity requires the flexibility to manage a decision-making process that best serves the agency and, most importantly, the Volunteers. We will continue to strive for the expansion of the Peace Corps, as well as for the safety, security, and well-being of every Volunteer.

We are grateful to you, and to many other RPCVs, for your continuing commitment to and enthusiasm for the Peace Corps. Your experience and opinions are highly valued, and I will certainly keep your views in mind as the legislation moves through Congress. If you have any further questions or concerns, please do not hesitate to contact me or the Peace Corps' Office of Congressional Relations at (202) 692-2240.

Peace Corps working towards an agreement on Reauthorization Legislation

After reading Director Vasquez's letter we had some additional questions, so we contacted the Peace Corps and with the information they gave us, wrote the following article that has been read and approved by the Peace Corps as representing their views and that clarify the Peace Corps' position:

Peace Corps working towards an agreement on Reauthorization Legislation

PC Online has learned that the US Peace Corps is working towards an agreement on Reauthorization legislation.

More than a hundred RPCVs emailed Director Vasquez urging his support for the bill and the Director responded with a message thanking RPCVs for their continuing commitment and enthusiasm for the Peace Corps, saying that their experience and opinions are highly valued, and that he would keep their views in mind as the legislation moves through Congress.

His letter did express reservations, however, that Peace Corps requires "the flexibility to manage a decision-making process that best serves the agency" and implied that there is language in HR250 that could affect that flexibility.

The concern is that this language may remove flexibility from the broad authority of the original Peace Corps Act to launch successful initiatives such as the Paul D. Coverdell World Wise Schools Program, the Crisis Corps, and most recently the partnership with the National Geographic Society's Educational Trust, which resulted in the creation of the "Building Bridges" curriculum.

RPCVs understand that HR250, introduced in the House by Democrat Sam Farr, must have the support of the administration to pass Congress this year. With Republicans in control of both houses of Congress, bi-partisan support is indispensable for passage of this bill.

Director Vasquez seems to be the right man at the right time to encourage this empowerment of RPCVs because of his interest and involvement with the Returned Volunteer community through his many speeches and meetings with RPCVs. As he stated in his testimony before Senator Dodd's Peace Corps subcommittee on June 4, 2002:

"We consider the RPCV community to be the most underutilized resource we have. That is why I have made it my highest priority to meet with RPCVs at every opportunity in the U.S. and abroad. As I stated earlier, I believe they are one of our best resources..." 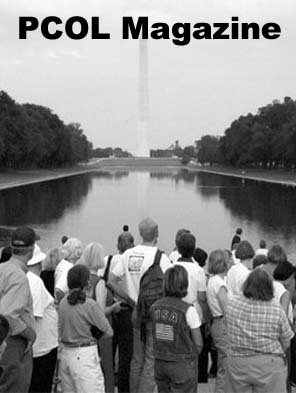 The following is PCOL's opinion on the issue that Director Vasquez raises with respect to language in HR250 on management flexibility in the Peace Corps.

PCOL thinks the Director raises a valid point in his letter to us noting that there is language in HR250 that could potentially be construed as removing flexibility from the broad authority of the original Peace Corps Act to launch successful initiatives. The language the Peace Corps is concerned about is in Section 11 of HR250 and reads:

"The Director of the Peace Corps should consult with the appropriate congressional committees with respect to any major new initiatives not previously discussed in the latest annual report submitted to the Congress under subsection (a) or in budget presentations. Whenever possible, such consultations should take place prior to the initiation of such initiatives, but in any event as soon as practicable thereafter;"

The Peace Corps has gotten along for forty years without this requirement and although we think it is a good thing for Peace Corps to consult with Congress, we don't think that this consultation, that already takes place all the time, needs to be codified in law.

However we don't see this as a major obstacle to agreement on passage of Peace Corps legislation because the language is peripheral to the main thrusts of the bill such as the Peace Corps Advisory Board and the Innovation Fund and compromise language acceptable to both the Peace Corps and Congress can certainly be found.

Why is this important? Because with the exception of the World Wise Schools Program, the Peace Corps has traditionally expended the bulk of their energy and their nearly $300 million in annual funding on Goals 1 and 2 of the Peace Corps. Goal 3 has been left to Returned Volunteers where it rightly belongs.

Returned Volunteers have done a lot and can do a lot more. But to do more, they need access to some funding. Just to get an idea of what RPCVs can accomplish, take a look at the following stories that have been written about Returned Volunteers and Staff and their commitment to continued service outside of the third goal. There are over 100 stories here and these are just the stories that have been written and published since Director Vasquez took over as Peace Corps Director in February, 2002. There are many more stories left to write.

Many of these service projects have been accomplished with funds that have been privately raised or funds raised through grants. It is a lot harder to raise funds for Third Goal activities because the Third Goal doesn't fit neatly into the categories under which grants are usually made. That's why it's so important that the $10 million Innovation Fund that is part of HR250 be endorsed by the Peace Corps and passed by Congress. Give RPCVs the tools and funding they need to continue their service as Peace Corps Volunteers working on the Third Goal.

Take a look at what RPCVs are already doing to continue their service and what they could do to further the Third Goal with passage of the Peace Corps Innovation Fund.

Hugo, thanks for your concern and efforts toward doubling the size of Peace Corps. Though I agree with you on many issues, I don't agree with you on this enabling legislation. As you know, many volunteers have had safety concerns over the years. The Peace Corps, The Senate, The House and some of the RPCV community want to ignore placing two volunteers at every site for safety as a policy at Peace Corps. Recently, I have had volunteers who served in Jordan around the year 2000 and 2001 write to me about these concerns and it continues beyond just Jordan, but to many of the islamic countries Peace Corps serves in. Sorry can't support it. I will write more when I have more time. Daniel