Peace Corps on the wagon in Eastern Mediterranean and Asia region 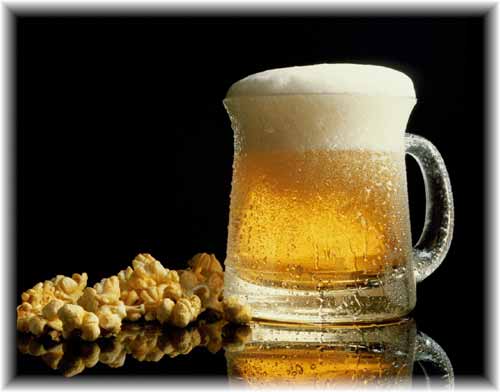 Read and comment on this story from the Washington Post on a new Peace Corps directive forbidding alcohol use by headquarters staff in the Peace Corps' Eastern Mediterranean and Asia region whenever volunteers or trainees are around. Read the story at:

Robert Reid, chief of operations for the Peace Corps' Eastern Mediterranean and Asia region, raised some eyebrows in a May 1 e-mail forbidding alcohol use by headquarters staff whenever volunteers or trainees are around.

Reid, whose region includes Morocco, Ukraine, Armenia and five other countries, said the "alcohol guideline" was needed because "use and abuse of alcohol by our volunteers and trainees is a huge issue, and is often related to safety and security concerns. In order not to give our [volunteers and trainees] a mixed message," Reid said, "from now on we request that EMA (HQ) staff never drink alcohol with volunteers or trainees, neither in the US (at stagings, in Washington, DC or elsewhere) nor at [overseas] posts."

Despite the courteous "request" about this "guideline," Reid said "adherence to this guideline is mandatory, and violation of it could result in disciplinary action."

Then, on May 5, came another e-mail, this one to country directors and other staff in the region. "Colleagues, please note the new guideline regarding alcohol use that EMA has established for our headquarters staff. We encourage you to set the same guideline at your posts, while we consider establishing a more encompassing one for all EMA operations. Please let me know if you have any questions."

"A more encompassing one?" What could this be? Maybe no alcohol, period? No smoking? No caffeinated beverages? Separate tables for staff and volunteers if someone orders a drink?
Click on a link below for more stories on PCOL

This story has been posted in the following forums: : Headlines; COS - Morocco; COS - Ukraine; Humor; Alcohol

Well... I know that drinking was a big issue in Armenia. It wasn't uncommon for men in that country to drink an entire bottle of vodka or brandy in one sitting. In fact, one could buy vodka in a can on the street. And there were a few PCVs around, when I was there, who drank an awful lot. In fact, that period marks a time in my life when I drank more heavily than normal, mainly because of the culture and because at times, Armenia could be a depressing place to be. Still, I'm not sure it was the Peace Corps staff members who were the problem. I don't remember ever cracking open a cold one with them, except at the rare Peace Corps function. I don't think it's really a big deal if Peace Corps staff members drink occasionally with volunteers because everyone is presumably an adult; forbidding it is just another form of unneccessary nannyism. Maybe what Headquarters ought to focus on are the reasons behind the out of control drinking among the volunteers, or even screen applicants for parental history of alcoholism in countries where alcohol usage is very heavy. If applicants are truthful on their medical forms, they may avoid going to those high risk countries in the first place.

I agree with RR that Staff should not drink with Volunteers or Trainees. I recall a young man in the Ukraine a few years back who fell from a bridge and died after consuming alcohol. Could you imagine the legal ramifications, not to mention looking his family in the eyes, and saying "yes, I am the CD/PTO/AO and we were having a few beers at a host agency function"....

Also, younger impressionable Trainees and Volunteers look to Staff to determine what is acceptable behavior while Volunteers from the former Soviet States (EMA) have the highest rate of alcoholism upon return to the States if the former PCMO is to be believed as well.

All of this warrants making a responsible decision for the organization - though not necessarily for Volunteers.

I personally know many PC staff members in the EMA who blatantly ignore this edict and hope they would consider the consequences of drinking with Vol's and T's.