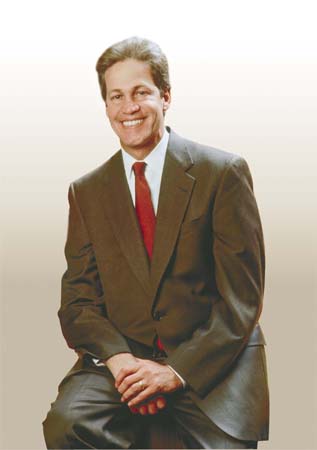 Thank you, Director Vasquez and the good people of Peace Corps for inviting me over to start your day with you. It’s a privilege.

As the Director stated, I have recently taken on a challenging assignment: Chair of the Western Hemisphere, Peace Corps and Narcotics Affairs Subcommittee.

My first job is to find out who put those three subjects together and why?

In 1960, John F. Kennedy envisioned the possibilities of the Peace Corps to build a better world.

In a young President’s mind, the dream of thousands of American young men and women crusading across the globe to export Democracy and to ease human suffering and despair became a reality.

Today, the Peace Corps is a living, breathing testimonial to the power of compassion.

I am proud to support this budget request.

I’m a former Mayor – and as a Mayor, I became adept – some would say obsessed – with the concept of outcomes and accountability.

The commitment Americans have made, and will continue to make, to the Peace Corps is not an open checkbook. To be sure, Americans are a kind and compassionate people.

But, they, too, expect that kindness and compassion will be more than empty gestures and inspirational prose. 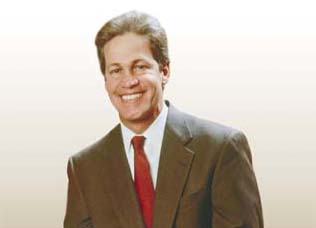 I don’t know what the answer is for developing a process for greater accountability – but, we need to be creative and determine what can be done to measure the success of the Peace Corps. I love the altruism of the Peace Corps – I also love pragmatic altruism – we should find a way to combine both, and, in the process, strengthen the argument with policymakers as to the long-term future of the Peace Corps.

I want to be your number one fan. I believe so deeply in your mission, your commitment and your operation, I want to build upon that sense of conviction through a solid ability to reflect on the work that you are doing –and the good it achieves.

Can one person hold you accountable and be your number one fan? I’m going to do my best. Did Tiger Wood’s Dad love his son? Did he push him relentlessly to be the very best he could be? Of course he did. As Chair of this subcommittee I will push you even as I cheer you on. It may be the toughest job I’ll ever love.

Of all the magazine covers I’ve seen over the last twenty years, the single best may have been a late September cover for Newsweek in 2001. It bore the question "Why do they hate us?" It expressed the bewilderment of many Americans over the September 11 attacks.

By now we all have a much better answer in our own minds than we did then.

On the one hand, some hated us because they didn’t know us. They had been sold a caricature of America, that exaggerated our flaws to mask our strengths.

In a bi-polar war, they saw us as valuing peace with the Soviets over justice in their corners of the world. That impression is beginning to change, I hope.

We have a whole lot of work to do to show the world the real America.

And, as the world’s only superpower, we can do a lot of things we could never do before.

But, military might is just one weapon in our arsenal of democracy.

America has something else in its arsenal: A big heart.

The American people have shown, time and time again, that their hearts are large – their kindness immeasurable – and their compassion enduring and real. The Peace Corps is America’s heart – worn on our sleeves – in countries across the world.

Well, it’s Dietrich Roggy, from Minnesota, who was serving as an urban water sanitation and environment volunteer in Cote d’lvoire.

Dietrich was evacuated when violence flared in that country. However, Dietrich is so committed to the ideals of the Peace Corps, he turned down a six figure job with a high profile environment and engineering consulting firm so he could serve in Jamaica.

As we bring to the people of the world our Democracy and our passion and our people – we must remember something else.

The people we encounter have their own stories to tell – their own hopes and dreams – their own convictions and beliefs – their own ideas for what the world should look like, and what their place in it ought to be.

As we embark upon missions of peace and hope, we must be mindful of our obligation as strangers in a strange land to listen.

Much has been made of our ability to project our beliefs and our ideals – let there also be much made of our willingness to listen.

The Peace Corps has the ability to find out why people feel and think the way they do – by simply listening.

III.) An investment in the Peace Corps: A low cost commitment to a better world

I was thrilled to hear the President say something in the State of the Union which no one is criticizing: that we need to double the number of Peace Corps volunteers in the field in the next five years.

We not only need to increase funding to meet that goal, we need to optimize planning, recruitment, training and placement so that the effectiveness of the Peace Corps more than doubles as we double the number of volunteers.

I can almost hear JFK say the words I read today in the history books:

"There is not enough money in all of America to relieve the misery of the underdeveloped world in a giant and endless soup kitchen."

"But there is enough know-how and knowledgeable people to help those nations help themselves."

I am very proud to note that since 1961-4,882 Minnesotans have volunteered for the Peace Corps – and in 2003, four colleges in the State of Minnesota are on the national list of top Peace Corps volunteer producing colleges and universities.

The great strength of the Peace Corps today – 40 years later – is that the melting pot of America is more diverse and more reflective of the power of America’s immigrant heritage.

What better way to strengthen the Peace Corps than to make its foundation reflect the international flavor of diversity that built America?

And, what better way to pay tribute to the hopes and dreams of a generation of youth – inspired by the vision of a young President – than to engage more and more of the "baby boomer" generation to be involved in the Peace Corps?

The youth who heard the call of the President in 1960 are today’s parents…business people…elected officials and leaders of the faith community.

While the years may have passed by since that clarion call was issued, I believe that there are many whose hearts are no less full of that hope, love and compassion they felt in their youth – and who, today, can help bring peace to the lives of millions of people.

The Peace Corps has made progress to that end.

More can, and must, be done. I would like to see more Seniors involved in the Peace Corps – more married couples – more minorities – more baby boomers – more Americans.

I truly believe that Americans are , as Lincoln said, the "last, best hope of humanity."

Americans like Jack Conrad, a fellow Minnesotan who served two terms as a Peace Corps volunteer in the ‘80s in Swaziland and in Togo.

Jack is a computer scientist in the Twin Cities now, but he’s typical of many returned volunteers in that he’s remained intimately involved in helping improve conditions through a group called Friends of Swaziland.

Yet Jack Conrad takes more satisfaction in the stories of children like Joseph Zwane…whom he taught while a Peace Corps volunteer. Joseph used to walk 8-kilometers a day…often after plowing or doing other farm chores… just to get to high school, where Jack taught math and science.

He didn’t know it at the time, but Jack also taught Joseph Zwane how to "fish." Today Joseph is a medical doctor in Swaziland, a country battling the scourge of AIDS and the effects of famine. And God only knows how many more Joseph Zwane's are waiting to learn to "fish" with help of today’s Peace Corp volunteers.

Nobody puts a better foot forward for America… Nobody represents a truer portrait of who America can and should be… Nobody can do that better than you, the United States Peace Corps. I’m ready to be your advocate, your cheerleader, your coach and your hard-grading teacher. The importance of the work we are about together demands no less. Thank you and let’s get to work.

This story has been posted in the following forums: : Headlines; Congress; Legislation

We are newly established Environmental association here in Mogadishu,Somalia and we are speaking on behalf of the SOMALI COMMUNITY submitting our greetings from the Horn of africa reagarding the World Peace day.

we are very happy to take part the celebration of such a day.

may our Allah y and the rest of the territories having conflicts and civil-wars give never lasting peace in the part of land they live...