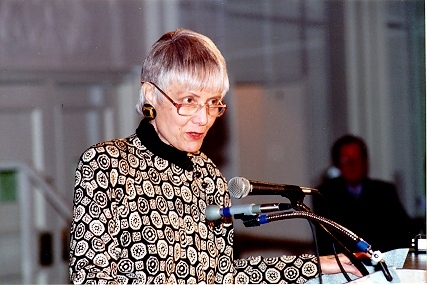 WASHINGTON -- Loret Ruppe, the longest serving director of the Peace Corps in its 35-year history, died yesterday of ovarian cancer at her home in Bethesda, Md. She was 60.

Appointed director to the Peace Corps by President Reagan in 1981, Mrs. Ruppe was credited by many with overseeing a revitalization of the international service organization and instituting its policy of focusing on development to help achieve world peace.

"The entire Peace Corps family mourns the loss of Loret Ruppe, who was the driving force behind the agency's revitalization in the 1980s," said Peace Corps' director Mark Gearan. "Her personal commitment, enthusiasm and love for the Peace Corps knew no bounds."

In her eight years as director, Mrs. Ruppe was responsible for volunteer programs in 63 countries in Asia, Africa, Latin America, the Caribbean and the Pacific. She visited volunteers in most of those countries.

Under her leadership, the Peace Corps was invited to begin or resume programs in seven countries: Sri Lanka, Haiti, Burundi, Guinea-Bissau, Chad, Equatorial Guinea and the Cape Verde Islands.

She assisted her husband, former Rep. Philip Ruppe, R-Mich., in his successful 1966 campaign for election. He retired in 1979.

She also was responsible for developing the "Leadership through Peace" program, which focused on environmental and women's issues at colleges and universities.

In 1989, Mrs. Ruppe was appointed Ambassador to Norway by President Bush.

She is survived by her husband and five daughters, Antoinette Greenberg, Adele Ruppe, Loret Ruppe, Katherine Ruppe and Mary Ruppe.

This story has been posted in the following forums: : Headlines; Peace Corps Directors - Ruppe Miller;