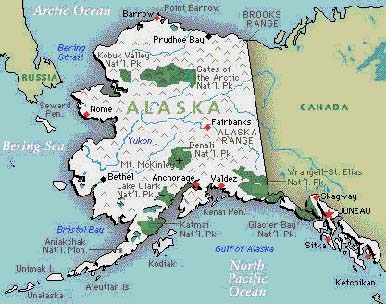 Juneau -- A bill allowing Peace Corps volunteers to receive Alaska Permanent Fund dividends while out of the country passed the state House on Wednesday.

Rep. Lesil McGuire, R-Anchorage, said the state and the country benefit from the international volunteers' service and passing the bill sends a message that their work is valued.

"These men and women are fighting for democracy in a proactive and preventative manner on the ground," McGuire said.

She said Peace Corps workers help stabilize countries by assisting with water and sewer projects, cultivation of crops and other needs. They go wherever they are needed, living for two years on a small stipend.

McGuire sponsored the bill, along with Rep. John Davies, D-Fairbanks.

In 1998 the Legislature removed Peace Corps service from a list of allowable reasons to be absent from the state and still receive a Permanent Fund dividend. House Bill 314 would put them back on the list.

Davies compared Peace Corps volunteers' work to that of military service, which is one of the allowable absences under the Permanent Fund program.

The change would apply to about 30 people, McGuire said, and make a difference of only pennies in the size of other Alaskans' Permanent Fund checks.

A citizens group began trying last year to restore eligibility for Peace Corps volunteers through a ballot initiative. The group was thwarted when the lieutenant governor ruled the change could not be made through the initiative process because appropriating money is a task reserved for the Legislature. An appeal of that ruling is pending in court.

That change is intended to help the state more effectively punish those attempting fraud because at the $3,000 level, cases can be handled through an administrative hearing. A higher fine level could require the state to pay for a jury trial and perhaps a public defense attorney.

The measure passed the House 34-2. It now goes to the Senate.

This story has been posted in the following forums: : RPCV Benefits