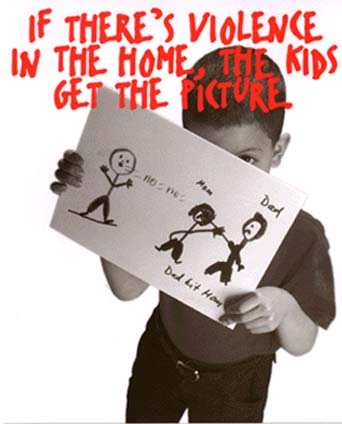 The two met at Miami University in the 1980s, where he earned a doctorate in curriculum development and educational administration and a master's degree in social studies, and she worked in educational media.

"We felt that by joining our two talents we could address social problems and be powerful enough to lead people to change," said Patrick, 47, who with his wife, also 47, operates Global Village Communications Inc. out of their Sugarcreek Twp. home.

They built the compact three-story home themselves in the 1990s out of mostly salvaged material for less than $100,000, Joey O'Donnell said.

The couple is in the midst of editing an eight-hour domestic violence training videotape series called City of Shelter, which they produced from 1997 to 2000 with the help of Becky Garvin of Kettering.

The O'Donnells are making City of Shelter, which was originally pared to two hours, into a 90-minute tape to be shown on the Public Broadcasting System next spring.

The use of the tapes, which had input from 71 criminal justice, health and victim advocate professionals from around the country, has propelled the O'Donnells into the national spotlight.

The National Crime Prevention Council recently invited them to present their documentary at a workshop Oct. 11-14 in Washington, D.C., on the lessons gleaned by cities from the use of City of Shelter.

About 1,200 participants are expected to attend. October is National Domestic Violence Awareness Month.

Riverside Prosecutor Susan Brasier found herself and Riverside police officers part of the City of Shelter video during filming in 1998.

Brasier continues to use the video in the city's police officer training seminar on domestic violence.

"Our approach was different," Brasier said. "We prosecute people regardless of whether we have victims (willing to prosecute) or not. We believe domestic violence is not a family issue, that it hurts the entire community."

She said children in violent families often show disruptive behavior, which affects others in the community. Her goal is to show that "violence is never acceptable."

Riverside went from prosecuting about 36 cases a year in 1990 to 150 to 200 cases a year once it started its "no drop" policies (not dropping a case because the victim recants or decides not to prosecute), she said.

"We have a lot more pushy-shovey cases, because we're going to intervene sooner before it gets to broken bones or stitches. The severity of the cases have decreased."

The O'Donnells' tapes show how difficult it can be for a victim to leave a violent situation.

"Joey and Pat did a wonderful job of capturing that on videotape," Brasier said.

Joey O'Donnell said her own experience as a former battered wife made it hard to revisit some of the issues they filmed.

She said she knows what it's like to have a loaded gun put to her head and how fearful it can be for a victim to try to leave a batterer.

Recent state cutbacks in funding for support programs and advocacy agencies are undermining advances made to protect victims of domestic violence, O'Donnell said.

Sarah Buel, a prosecutor from Quincy, Mass., who spoke at the Artemis Center for Alternatives to Domestic Violence in Dayton seven years ago, inspired them to make City of Shelter, Patrick O'Donnell said.

Buel told how a coordinated community effort in Quincy, with all professionals that respond to domestic violence working to ensure the safety of the victims and the accountability of the perpetrators, had helped drop domestic homicide rates from 23 a year to one in 12 years.

"We try to improve situations where we see a social problem," O'Donnell said. "We find people who address that problem successfully and interview and videotape them in the belief people can replicate these success stories. We thought, if Quincy can do this, let's tell the story of how they did it."

But Quincy's change had happened eight years earlier, so they told the story using more local people. One expert led them to another. Patrick did the camera work while Joey did most of the film editing.

The O'Donnells have produced more than 100 taped programs during the past 20 years, from a divorce adjustment videotape geared towards young children, to a 60-minute documentary on Dayton Ballet founding directors Josephine and Hermene Schwarz, produced for the Public Broadcasting System in 1998.

In 2000, they produced a 12-minute workplace education video for the Artemis Center for Alternatives to Domestic Violence in Dayton and coordinated a Miami Valley Silent Witness Initiative to memorialize victims of domestic violence, helping put together a Silent Witness exhibit of 23 life-sized plywood cutouts of women and children from the Miami Valley who have died from domestic violence.

The exhibit will be used at the Artemis Center Domestic Violence Awareness Walk on Saturday, and can be borrowed free for exhibits in churches, schools and businesses by calling 848-6199.

"They (the O'Donnells) are really champions of the work we're doing," said Jill Bishop, marketing and development director for Artemis Center. "They've done lots of fund-raising and volunteer and pro bono work for us."

"People talk about the terrorism after 9/11," Patrick O'Donnell said, "but how is it somebody can impart so much fear into a woman's and child's life that she is willing to become homeless, to pack a few clothes in a little paper bag and head off with the kids to a shelter?"

The O'Donnells have a 10-year-old son, Kevin.

This story has been posted in the following forums: : Headlines; Advocacy; Speaking Out; Domestic Violence

I would like to use the image of the young boy with if there`s violence in the home the kids get the picture on a leaflet which i am in the process of producing with information of where help in avaialble on for local residents in the area . THis is a non profit organsation i am wondering if there is a issue with copy right please could some one help
THanks Maria
Bristol England

Although I did not see the video, I think it sounds like a good idea. I am a survivor of violent crimes, try turning my pain into something also, I have started researching online, communitcating with other victims and I do art and speak for the public for office of justice programs and community orgs to heal and help continue with recovery. I am disabled from the injuries caused by abuse. And I struggle with what the system and society did/does more than my abuser sometimes- so having the truth helps. Being private is needed to be safe, yet we need to tell our stories and have rights too. If one life can be saved. I hope you are still doing this work, as I know it will help. I wish to see your work sometime and encourage similiar for others, take care and good luck. Thanks