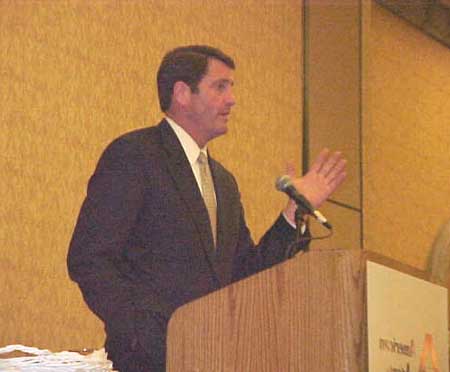 Congratulations on the success of your campaign.

I look forward to discussing with you the many insurance issues that confront consumers in California, and to working with you to protect their interests while maintaining a healthy insurance industry.

As you are aware, the Legislature and Governor Davis passed a new law based on my road map to reform of the workers' compensation system. This law is but the first step in the process to total reform and will reduce claims costs by $4 billion to $6 billion. Because it is imperative that we take step two immediately, we are already working with business and labor to structure the required reforms. Obviously, it is critically important to have your leadership and direct involvement in drafting and passing the legislation necessary to accomplish the second phase of overall system reform. I would, therefore, like to meet with you to discuss our current direction as soon as possible during your transition.

There are many other insurance issues facing business and individual insurance consumers in California and I look forward to briefing you and working together to resolve them.

This story has been posted in the following forums: : Headlines; Insurance; COS - Ethiopia; Politics