Pattern of violence - Crimes against volunteers in Bolivia in 2001 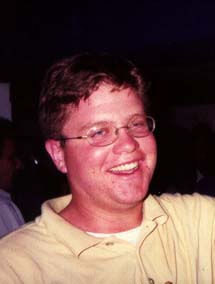 Pattern of violence - Crimes against volunteers in Bolivia in 2001

Crimes against volunteers in Bolivia

Prior to and immediately following the disappearance of Walter Poirier, Peace Corps volunteers were frequently victims of crime. In a single month during 2000, two of the approximately 250 volunteers reported rapes. That's the same number of rapes that the more than 27,000 students at the University of Cincinnati reported in all of 2001.

3/13/00 — Aggravated assault-Volunteer abducted in taxi by man dressed as policeman.

*Not on Peace Corps database. Reported by victim, Mike Mulvaney.

This story has been posted in the following forums: : Headlines; Safety and Security of Volunteers; Investigative Journalism; COS - Bolivia

What is being done about these crimes? Has the Percentage gone up since then?

Nothing substantial Jean. That is why Peace Corps is silent about pairing volunteers together for safety purposes. Victims of violence are not being helped that is volunteers who are raped, threatened as an American citizen and Peace Corps volunteer, and assaulted. If anything we reamin back at home not working because of that experience and have a hard time finding work in the governmental sector. For the families who have lost loved ones, no memorial is provided at Peace Corps or provided to the Families of these victims. The Peace Corps covers up the numbers and covers up service records of these former volunteers. It took the Dayton Daily news going to court for some of these safety breech stories and had to fight Peace Corps for information regarding these issues. On me, they have twelve pages under so called National Security and won't release them so they can cover up my case. They know I will have to get a three hundred dollar an hour attorney to get my case reversed.

The fact is they cover up these incidents so even today the numbers will be underreported.

The Investigation above relating to Walter Poirier is a complete tragedy. The Peace Corps and public Officials should do more to investigate his disappearance.

On this web site two women have written about their rapes in Bolivia. One was basically blamed for it. Peace Corps continues this mentality of blame the victim and cover up in these cases.

These are the hard facts Jean.