Iraq: The Aftermath. RPCV fined $10,000 for protesting war in Iraq 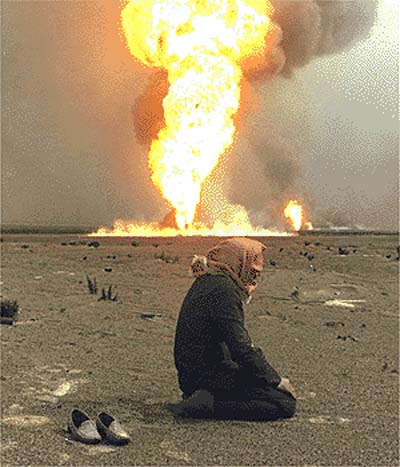 Iraq: The Aftermath. RPCV fined $10,000 for protesting war in Iraq

Iraq: The Aftermath. Man fined $10,000 for protesting war in Iraq

MILWAUKEE - Ryan Clancy says he knew he could be punished for traveling to Iraq to protest the war there, but he had no idea how much the trip could ultimately cost.

Authorities have fined the Milwaukee man $10,000 for violating sanctions prohibiting travel to and trade with Iraq. If the 26-year-old doesn't pay, he could spend up to 12 years in prison.

"I have no intention whatsoever of paying any money for having gone over there and worked with children," said Clancy, who has an education degree from Beloit College. "It's a bizarre and arbitrary charge."

The sanctions were in effect in February, when Clancy arrived in Iraq in a group of about 300 protesters from around the world. They have since been partially lifted.

The protesters camped out near power plants, water treatment facilities and hospitals to act as "human shields" in an effort to prevent bombing by American troops.

U.S. Treasury Department spokesman Taylor Griffin said fines were being issued against some human shields because they ignored the sanctions.

"Sanctions are an important foreign policy tool, but they have to be enforced to work," he said. "Those who violate them can expect that the law will be enforced fully and fairly."

Federal authorities may be willing to negotiate the fine's ammount with Clancy, Griffin said, although he would not comment specifically on his case.

Although travel to Iraq has been prohibited for more than 10 years, officials just started enforcing the ban six months ago, said Arthur Heitzer, a Milwaukee attorney and expert on international travel sanctions.

Neither he nor Griffin could say exactly how many people are facing penalties.

"The sanctions ... are clearly designed to prevent people from going and seeing for themselves what's going on," Heitzer said. "The very government that says it's trying to protect our freedoms is saying, 'We get to tell you where you can travel and where you can't travel.' "

Heitzer said he does not believe the government can seize Clancy's assets - including the inventory of Trounce, the Menomonee Valley record store he owns - without a court order.

If federal authorities get such an order, Clancy could appeal through the federal courts. The government also could pursue criminal charges, Griffin and Heitzer said.

"They're not differentiating between me and a uranium dealer, even though the only thing I brought over there was crayons and construction paper," Clancy said. "I don't think they can make weapons of mass destruction with that."

Clancy used frequent flier miles and $1,500 in savings to go to Iraq.

"I went out of concern for our country, as well as the rest of the planet," said Clancy, a former Peace Corps volunteer. "The U.S. was interfering in an extremely destructive way, punishing Saddam's victims and breeding more terrorists."

Clancy spent most of his approximately three-week stay in Iraq working with children. He left before bombing began to get more money in Jordan and was not allowed to re-enter Iraq.

On the trip home, he went 80 hours without sleep and was interrogated by officials at airports in both Israel and Minneapolis. Once he made it home, he was temporarily banned from commercial air travel.

About three weeks ago, he was allowed to fly to Oklahoma.

"I thought it had all blown over," he said.

This story has been posted in the following forums: : Headlines; Iraq; Speaking Out;