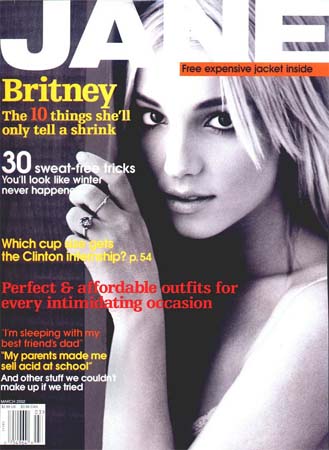 I am writing in response to the article in the November 2003 issue of Jane Magazine, "The Peace Corps never warned me what I was really in for."

As a Returned Peace Corps Volunteer (Benin 1998-2001), and one who enjoyed complaining mercilessly about Peace Corps throughout my service, I applaud Claudine Ko's exploration of safety, security and the all-too-frequent bowel movements Peace Corps Volunteers experience. I firmly believe that the Peace Corps as an institution needs to be continually monitored, and that its practices, particularly in terms of volunteer safety and security, need to be improved.

I'm fairly qualified to appreciate the nuances of Peace Corps safety, as someone who was in the house of a fellow female PCV when it was broken into, and would be multiple times after that, with little action taken by Peace Corps. I was accosted by two drugged-up, armed police officers one night, and I've been part of a high-speed car chase through the desolate roads of Niger. My sister's (Guinea 2000-2002) home was repeatedly burglarized, and her pleas for assistance virtually ignored. PC involvement actually made the situation worse, and she was criticized and scorned publicly within the PC community in Guinea for being a "problem volunteer."

I am therefore deeply impressed with Ko's message to Peace Corps, that their security measures need to be improved, particularly concerning female volunteers. However, I am concerned by her message to current and potential volunteers who may take from the article the impression that nearly all volunteers experience harassment and assault, or worse. And that they either leave because of it or stay only because of some perverse peer pressure wherein all the cool kids enjoy partying with cockroaches and parasite-laced beer.

While to an extent this is true (Yes, PCVs enjoy playing the "my village is so much more hard-core than yours" game), there are other reasons people stay, ones that greatly counterbalance many of the risks. While about one-third of all volunteers drop out prior to the end of their service for various reasons, from medical conditions to family problems at home, a more accurate picture of the experience might be represented by the two-thirds who stay, voices that are not really heard in Ko's article.

The primary reason is the privilege of being allowed to intimately know and understand a way of life other than our own, and through doing so, to hopefully be motivated to and capable of working toward a better world at home and abroad. While I in no way want to belittle the negative, dangerous or frightening experiences of PCVs during their service, I think it is important to note that many of the circumstances described in Ko's article are daily, life long realities for many people throughout the world. While optional for Americans who choose to be volunteers for a limited time, they are inescapable for many-an understanding of this, and inspiration to help the world to be better, is one of the purposes of Peace Corps.

One of the most difficult realities to accept while abroad is the different, and usually lower status of women, as was observed by so many of the women featured in Ko's article. Through the words of those former volunteers about the poor treatment they received, however, it is important to hear the voices of the women who face such discrimination and disrespect in various forms as a normal course of their lives.

While gender inequity has resulted in little gender-specific data being collected to demonstrate trends on women and violence globally, it is known, according to the United Nations, that 20 to 50 percent of women worldwide experience some form of domestic violence, that AIDS is a burgeoning problem among women, particularly in the developing world because of sexual assault and rape, that two-thirds of the world's one billion illiterate adults are women, and that only 28 women have been elected heads of state in this century.

And no, volunteers do not generally have a huge, meaningful impact on such conditions, or the many other aspects of poverty they experience. At the time of their service it might be true in terms of technical skills, as one of Ko's interviewees says, that, "There's not a whole lot you offer, except your youthful enthusiasm and Americanism." However, much of impact of Peace Corps comes in the form of returned volunteers who turn a transformational experience into very positive acts for the world and their countries of service. One meaningful example of this is the work of a group of former volunteers who have engaged in constructive relief and mediation and peacebuilding efforts in Liberia, Ethiopia and Eritrea many years after their service ended. Further, returned volunteers from Benin continue to fundraise every year to raise money for Beninese schools and scholarships for needy students.

The benefits, joys and lifelong lessons one acquires from Peace Corps service are too personal, unique and complicated to discuss in this forum; however, I feel that it should be known that where many of those volunteers in Ko's article felt that it was a very negative thing that, "The Peace Corps never warned me what I was really in for," many other volunteers have been delighted by that same truth, in finding out that the experience was far more than anyone ever could have explained or prepared them for at the outset.

Story Source: Letter to the Editor

This story has been posted in the following forums: : Headlines; Safety and Security of Volunteers