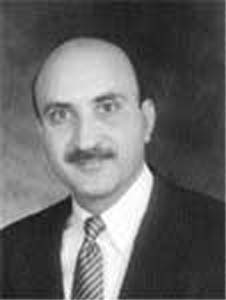 Gopal Khanna plans to minimize costs and stretch funding at the Peace Corps as its new chief financial officer.

Mr. Khanna, 54, was promoted to the position after serving for a year as chief information officer and acting CFO for the D.C. volunteer organization that helps developing countries with education, HIV/AIDS treatment and awareness, business development and information technology.

He oversees the agency's $295 million budget and financial operations involving 7,533 volunteers in 74 countries.

He recently helped install a $30 million financial system for the Peace Corps' Washington headquarters and at the agency's locations in 74 countries.

The system will help manage a Peace Corps volunteer's two-year service commitment with an in-depth screening process to match the applicant with the appropriate job, Mr. Khanna said.

"Volunteer posts should be on the front line of the assisted community, but they should be efficient and maximize a volunteer's time with us," Mr. Khanna said.

He plans to reach out to more minorities, who currently make up 15 percent of total volunteers, as he maps out a financial growth strategy for the organization.

"I want to help Peace Corps revamp its original mission," set out by President Kennedy in 1961 as a volunteer group to fight poverty and famine in developing countries and promote peace.

Mr. Khanna said the agency got a boost in volunteers and inquiries after President Bush challenged Americans during his 2002 State of the Union address to serve two-year commitments with organizations like the Peace Corps.

Peace Corps Director Gaddi H. Vasquez said he appointed Mr. Khanna because of his familiarity with cutting-edge technology and plans to outfit the headquarters and satellite sites with more efficient programs.

"With volunteers stationed across the globe, the transmission of information quickly and efficiently is paramount to our success, and Gopal has made sure the infrastructure effectively linked our staff across the world," Mr. Vasquez said in a statement.

Mr. Khanna commutes to the Washington office from his home in Edina, Minn., where he lives with his wife, Anjali, and their two children.

This story has been posted in the following forums: : Headlines; HQ Staff