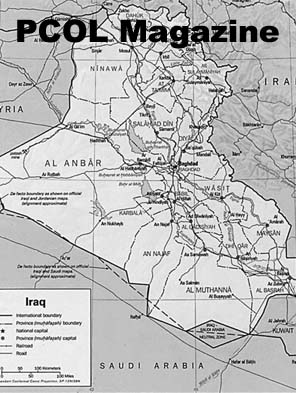 The Defense Department's civilian leadership is weighing the creation of special military peacekeeping units trained to handle such problems as postwar Iraq.

The idea has considerable merit because recent history suggests that the problem facing American military planners is not winning a quick and decisive victory — few forces in the world can stand up to U.S. military power — but what happens next.

In Somalia, Kosovo, Afghanistan and twice in Iraq, victory — in the classic military sense — was achieved expeditiously, but Somalia was abandoned to anarchy; Kosovo remains quiet only because we're still there; and Iraq and Afghanistan remain dangerous and turbulent.

According to The Washington Post, the concept calls for rapidly deployable brigades or even divisions "of engineers, military police, civil affairs officers and other specialists critical to postwar operations."

The U.S. military, especially the Army, already has considerable peacekeeping expertise from its ongoing missions in Bosnia and Kosovo and it is learning hard lessons by the day in Iraq. Centralizing that expertise in specialized units seems a logical extension of what the military is already doing.

The military rightly sees its principal — maybe even its sole — mission as fighting and winning wars, the faster and more decisively the better. Keeping order, building schools and getting the utilities running is seen as something to keep the troops occupied while they're waiting for somebody else to take over so they can go home and train for their next combat mission.

While the combat mission remains paramount, it is vital that those victories not be dribbled away in an enervating postwar environment like that we're encountering in Iraq.

There is a legitimate concern that peacekeeping and reconstruction could be seen as a backwater in the military, an obstacle to advancement. But in the current climate these forces are likely to see a lot of challenging duty, and it could be made a ticket that an ambitious young officer would want punched.

And here's another reason a specialized force is worth considering: If these units had been available last March, the state of present day Iraq might be much more promising.

This story has been posted in the following forums: : Headlines; Iraq;