These small units resemble an armed version of the Peace Corps, with training in everything from cultural sensitivities to night patrolling 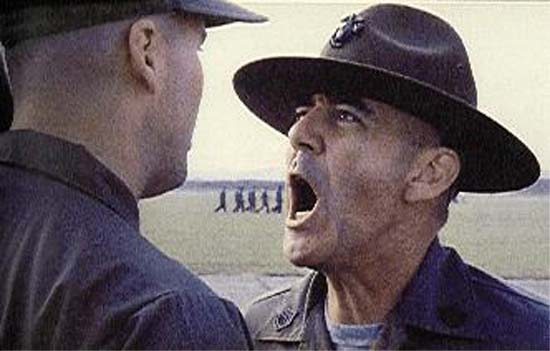 These small units resemble an armed version of the Peace Corps, with training in everything from cultural sensitivities to night patrolling

WASHINGTON -- As the Marine Corps prepares to take over occupying much of western Iraq from the US Army, it is planning a fresh approach that emphasizes restraint in the use of force, cultural sensitivity, and a public message that the new troops aren't from the Army, according to an internal Marine document and interviews with top officers.

The working plan for Marines moving into the Sunni Triangle includes more interaction with Iraqis and a premium on respect for peaceable civilians. Marines will be taught a few words of Arabic, counseled on religious etiquette, and ordered never to wear sunglasses when talking to Iraqis.

In a tactic reminiscent of the US presence in Vietnam, platoons of Marines will live among the people in Sunni towns and villages to facilitate training of the Iraqi police and civil defense forces, according to the document. To emphasize to Iraqis that the Marines arriving in Fallujah and other centers of resistance are a new crowd, the Marines are considering wearing green camouflage uniforms for their initial 45 days of patrolling instead of the desert camouflage worn by the Army.

Army officers and other military professionals who have seen the document summarizing the Marines' approach viewed it as an implicit criticism of the Army's tactics and results in the Sunni heartland west of Baghdad. Some called it unfair and ill-advised second-guessing. But others viewed it as a constructive attempt to learn from the hardships and mistakes of the Army in western Iraq, historically Saddam Hussein's power center and more recently the hub of the resistance that has hobbled US rebuilding efforts.

Major General James Mattis, commander of the Marine Corps force scheduled to deploy soon to Iraq, said in a telephone interview that he doesn't see the different Marine approach as a criticism of the Army. Rather, he said, the planning document reflects intense discussions and "the free competition of ideas in the world."

But speaking on condition of anonymity, other Marine officers criticized the Army approach.

"I'm appalled at the current heavy-handed use of [airstrikes] and artillery in Iraq," one said. "Success in a counterinsurgency environment is based on winning popular support, not blowing up people's houses."

Mattis, commander of the First Marine Division, based at Camp Pendleton, Calif., said he intends to pursue a two-track effort. One track will be aimed at capturing or killing what Mattis considers to be a small minority who are determined to fight the US presence.

The other, he said, focuses on lessening popular support for the resistance.

Among other things, Mattis plans to revive the Vietnam War's Combined Action Platoons, or CAPs, small Marine units that lived among villagers and helped train them to defend themselves from Communist attack. The platoons would work with local police and the Iraqi Civil Defense Corps, the new force being created by the US occupation authority.

These small units resemble an armed version of the Peace Corps, with training in everything from cultural sensitivities to night patrolling. Details about how to use them are still being worked out and are likely to vary from town to town, one Marine officer said.

Retired Army Colonel Harry G. Summers Jr., a historian of the Vietnam War, wrote that the CAP program represented a major difference between the Marine and Army approaches in Vietnam. While the Army tended to emphasize "search and destroy" operations in which they swept through an area and moved on, he wrote, the Marines settled on operations in which CAPs stayed on land they held. CAPs are widely seen by historians as "one of the few success stories in Vietnam," noted John Miller, who fought in the war and wrote a book about it.

This story has been posted in the following forums: : Headlines; Marines; Military