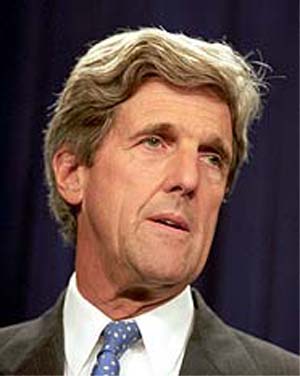 "In any proposal for national service, attention must be paid to the Peace Corps, the most powerful symbol of non-military service in our history. If there was ever a time when everyday people in the most deprived countries, cities and villages of the world need to see idealistic Americans working to help them, it is today in the aftermath of September 11th. Peace Corps members are the greatest ambassadors of goodwill and democracy that this nation has ever had - and we need more of them. Today, there are 6,700 Peace Corps volunteers, far fewer than in the 1960's - when much of the globe was off limits due to the Cold War. I propose a major expansion of the Peace Corps for this new century to twenty-five thousand members. They will serve in the places they always have and in new areas of challenge - from the Middle East to communities in Africa ravaged by AIDS.

The Peace Corps will once again be treated as one of America's proudest and most important endeavors. In the White House I will get it done."

This story has been posted in the following forums: : Headlines; Politics; Expansion; Election2004