Only a few days ago, the Vietnamese Government extended an official invitation to the Peace Corps to come to Vietnam to discuss a country program says Matthew P. Daley, deputy assistant secretary of state for East Asian and Pacific affairs 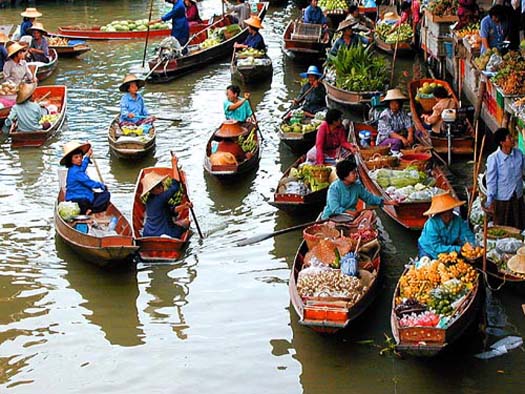 Only a few days ago, the Vietnamese Government extended an official invitation to the Peace Corps to come to Vietnam to discuss a country program says Matthew P. Daley, deputy assistant secretary of state for East Asian and Pacific affairs

The bilateral relationship between the United States and Vietnam is positioned to grow in positive directions, according to Matthew P. Daley, deputy assistant secretary of state for East Asian and Pacific affairs.

But Vietnam must first live up to its international commitments on human rights and religious freedom and meet its obligations under a bilateral trade agreement that took effect in December 2001, Daley said in testimony before a February 12 Senate Foreign Relations Committee hearing entitled "Trade and Human Rights: The Future of U.S.-Vietnamese Relations."

"Bilateral relations between the United States and Vietnam have expanded dramatically in recent years," Daley said, noting increased senior-level contacts between the two countries' governments, ongoing efforts to account for those listed as prisoners-of-war or missing-in-action from the Indochina war, and cooperation on global concerns such as counter-terrorism, HIV/AIDS prevention, and trafficking in persons.

While such interactions are welcome, Daley said, "we have repeatedly informed the government [of Vietnam] that improving respect for human rights and religious freedom is vital if our relationship is to further develop."

Despite progress in some areas, the Vietnamese government's record on human rights and religious freedom in general remains poor, the State Department official said.

Constant diplomatic pressure has had an impact, Daley said, producing noticeably greater willingness by the Vietnamese government to engage in frank discussions. "However," he added, "more needs to be done."

Increased integration into the international community will reinforce positive trends in Vietnam, according to Daley. Through continued interaction, the U.S. Government and other American institutions can play an influential role.

"Efforts to re-isolate Vietnam or 'punish' it with new sanctions will likely prove counterproductive to our long-term goals and interests in Vietnam," Daley said.

The United States negotiated a bilateral trade agreement with Vietnam to promote growth and development through economic and legal reform, Daley said. Vietnam has made progress in opening its markets to many U.S. products, he noted, but is "lagging behind" in enforcement and in meeting some of its commitments under the agreement.

Vietnam is aware of U.S. views on its need to live up to its international commitments on human rights and trade, Daley said, and the "issues we address together s*how that both of our countries are now concentrating on our future together rather than simply looking to the past."

Following is the text of Daley's remarks, as prepared for delivery:

Bilateral relations between the United States and Vietnam have expanded dramatically in recent years, encompassing a diverse and complex set of issues. They range from our ongoing efforts to achieve the fullest possible accounting for those Americans still listed as POW/MIA from the Indochina conflict to global concerns such as cooperating on counter-terrorism to combating scourges such as HIV/AIDS and trafficking in persons. The Vietnamese government is clearly interested in increasing its interaction with the United States, as evidenced by the number of senior Vietnamese visitors who have traveled to the United States in the past six months alone. During this time, the Ministers of Trade, Planning and Investment, Foreign Affairs, and Defense, as well as the Deputy Prime Minister, traveled to the United States and exchanged views on how to move our bilateral relations ahead. Last November, the first U.S. Navy ship visited a Vietnamese port since the end of the Indochina conflict, yet another example of how our bilateral relations have evolved since the normalization of relations just 9 years ago.

The Government of Vietnam is starting to become less monolithic. The legislature has begun to send laws back to the government for revision - the National Assembly is no longer just a rubber stamp. Transparency is improving, as evidenced by a decision by Vietnam's Chief Justice, following his trip to the United States, that the courts should begin to publish their decisions. Moreover, laws now must be published before they take effect, and eventually this will be done on-line.

While we welcome the positive developments that we have seen in terms of enhanced interaction with the Vietnamese on issues of mutual interest, we have repeatedly informed the government that improving respect for human rights and religious freedom is vital if our relationship is to further develop. Although the Government of Vietnam's human rights record remains poor and freedoms of religion, speech, the press, assembly, and association are significantly restricted, in some respects Vietnam is a less repressive society now than ten, or even five, years ago. Our Embassy reports that Vietnam has made progress in the areas of individual freedoms, people's control over their lives, and expanded freedom of religion.

The Administration's concerns about human rights abuses in Vietnam, including violations of religious freedoms, are discussed in detail in our annual country reports on human rights practices (the latest one will be released in a few weeks) and the annual country report on international religious freedom. These reports are compiled based on active monitoring and reporting from our Embassy in Hanoi and Consulate General in Ho Chi Minh City, as well as input from a wide variety of NGOs, media reports and other sources.

The U.S. Mission engages the Government of Vietnam (GVN) on human rights issues at all levels. Mission officers travel throughout the country to investigate allegations of abuses, and virtually every Mission officer and senior USG visitor to Vietnam raises human rights in their meetings with GVN officials. From the Ambassador on down to the first tour junior officer, we explain international concerns and basic human rights standards to Vietnamese officials from the local level to the highest ranks of the GVN. In Washington, Department officials from all bureaus repeatedly stress human rights concerns to Vietnamese interlocutors. Our calls for the release of political prisoners, ICRC access to detainees, improved transparency and due process in the criminal justice system, NGO access to the Central Highlands, and our constant diplomatic pressure have produced noticeably greater GVN willingness to engage in frank discussions on human rights and religious freedom. We note that the GVN has improved its processing of Montagnard emigration cases by clearing up a significant backlog.

In regard to religious freedom, of particular concern are allegations that local officials continue to force Protestants, especially in ethnic minority areas, to renounce their faith. We remain concerned by reports of the closures of unregistered house churches in the Central Highlands. We have advised them that Vietnam's record is under close scrutiny. We have urged specifically that the Prime Minister issue a clear-cut decree banning forced renunciations of faith and prescribing punishment for officials engaged in such behavior. We have also urged that the government speed up the process of registration of churches in minority areas, which it now appears to be doing.

We are committed to seeking tangible progress on human rights and religious freedom, and we believe the long-term trend in Vietnam since the "doi-moi" (renovation) economic policy initiatives of 1986 has been toward the expansion of personal freedoms. Further integration into the international community -- through trade, interaction, high level visits and other channels -- has reinforced these positive trends and will continue to do so as Vietnam continues on its quest to be a prosperous, successful society.

Continued interaction by the U.S. Government and other American institutions will continue to play a pivotal role in the further expansion of these positive trends. Efforts to re-isolate Vietnam or to "punish" it with new sanctions will likely prove counterproductive to our long-term goals and interests in Vietnam.

One of our long-term goals is to stimulate growth and development in Vietnam through economic and legal reform and through promotion of greater transparency in the implementation of law and policy. The Bilateral Trade Agreement (BTA) has become a key catalyst for change in Vietnam, along with parallel reform programs undertaken by the World Bank and the IMF. While Vietnam is lagging behind in some of its BTA commitments and enforcement remains weak, Vietnam has made progress in opening its markets to many U.S. products. For example, Vietnam's national airline has begun purchasing Boeing aircraft, and has signaled its intention to buy more. Although Vietnam is considering revisions to legislation related to intellectual property rights, its market remains relatively closed to U.S. intellectual property industry products. Overall, implementation of the BTA helps to create a rules-based system in Vietnam and will serve as a springboard for Vietnam's eventual entry into the WTO.

Since our Bilateral Trade Agreement (BTA) with Vietnam took effect in December 2001, bilateral trade has grown rapidly. After more than doubling in 2002, Vietnam's exports to the U.S. rose another 121 percent in the first ten months of 2003 to almost $4 billion. The U.S. has become Vietnam's largest export market. U.S. exports to Vietnam have also risen steadily, increasing 151 percent in 2003, including aircraft sales, to $1.2 billion. For 2003, estimates are that total two-way trade was about $6 billion. While we expect trade to continue to increase, the growth rate is likely to slow, partly as a result of the textile quotas put into place in 2003 by the bilateral textile agreement. In December 2003, we signed a bilateral civil aviation agreement that will establish direct aviation ties and will contribute to the overall development of closer economic and cultural ties.

Another element of increased trade has been anti-dumping suits. In summer 2003, the International Trade Commission determined that Vietnamese exports had caused injury to the U.S. catfish industry and the Department of Commerce set duty levels between 36 and 64 percent. On January 21, 2004, Commerce announced the initiation of anti-dumping investigations on imports of shrimp from various countries, including Vietnam.

We remain strongly supportive of Vietnam's decision to adopt WTO provisions as the basis for its trade regime. The Vietnamese government must now demonstrate that it is prepared to undertake the commitments that are necessary to become a WTO member. Vietnam's implementation of a rules-based trading system based on WTO principles of transparency and its continued pursuit of structural economic reforms should accelerate the development of the private sector, enhance the rule of law, and improve the atmosphere for progress in democracy and human rights.

Our bilateral relationship is positioned to grow in positive directions. The issues that we address together show that both of our countries are now concentrating on our future rather than simply looking to the past. We have productive discussions with the Vietnamese on counter-terrorism and counter-narcotics as well as HIV/AIDS, a major foreign policy objective. We have increased cultural and educational exchanges. Only a few days ago, the Vietnamese Government extended an official invitation to the Peace Corps to come to Vietnam to discuss a country program. The overall relationship -- economic, political, and cultural -- is improving. The linkages between our two countries have strengthened due to humanitarian programs, academic and cultural exchanges, and increased dialogue on strategic issues.

Vietnam is aware of our views on its need to live up to its international commitments on human rights and religious freedom, as well as to continue to take all necessary steps to account for those who remain listed as POW/MIA, and finally to meet its obligations under the BTA. That said, we believe that our mutual interests will continue to lead our relationship in the right direction.

This story has been posted in the following forums: : Headlines; Expansion; Vietnam