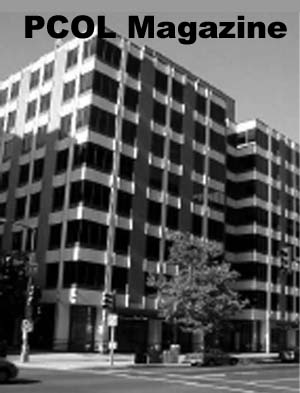 The country director assignments are as follows:

Africa Region
Madagascar – William Bull
William Bull has worked in African development since 1985 when he became a Peace Corps volunteer. Bull served in Sierra Leone as an agriculture volunteer for over three years and then stayed in country working with Catholic Relief Services. Additionally, he later worked as a consultant conducting technical training for the Peace Corps and other development agencies both in the U.S. and throughout West Africa. In 1993, Bull moved to Vermont where he worked for seven years as a farm manager, counselor, senior staff and garden coordinator for the Spring Lake Ranch. Bull returned to the Peace Corps as an Associate Programming Country Director (APCD) for rural development in 1999 where he managed the forest and agricultural resources management project for Peace Corps Gabon. In 2001, Bull began service as APCD for environment in Madagascar. In May 2002, Bull returned to Madagascar to serve as Acting Country Director, Acting Administration Officer and APCD. In December 2002, Bull was appointed as the Country Director.

Mr. Bull has a B.A in international development with minors in French and art from Lafayette College in Pennsylvania. He also holds a Master Gardener Certificate from the University of Vermont.

Europe, the Mediterranean, and Asia Region
Uzbekistan – Edward J. Willet
Edward J. Willett, Jr. was most recently the Director for Congressional Programs and Legislative Affairs for the USDA Graduate School. He retired from the U.S. House of Representatives in 1996 where he was the Director of Financial Oversight and Review during the 104th Congress. Willett’s past professional experience includes 18 years with the U.S. Office of Personnel Management (OPM). Nine of those years were spent at the Federal Executive Institute (FEI) in Charlottesville, Virginia. When he left FEI in 1990, he was the Assistant Director for Management. Willett became OPM’s Washington Training Center Director, and in 1993, was selected as a LEGIS Fellow on the staff of the Senate’s Permanent Subcommittee on Investigations.

Prior to his federal service, Willett held management positions with Dun & Bradstreet, Inc., the University of Missouri/Kansas City, and the D.C. government. He earned his Master’s of Public Administration degree from the University of Missouri/Kansas City, a Bachelor of Arts degree from the State University of New York/Buffalo and did post graduate work at the University of Southern California’s Washington Public Affairs Center. A veteran of U.S. Army service in Korea, he was also a Peace Corps volunteer in India and is currently the President of the “Friends of India” group, one of the largest organizations of returned Peace Corps volunteers in the country. Willett is a native of Buffalo, N.Y.

Inter-America and the Pacific Region
East Timor – Fran Ruddick
Fran Ruddick joins the Inter-America and Pacific region with seven years of prior Peace Corps experience. Most recently, she served as a Special Services Officer, providing emergency and crisis response, training, and consultation services to overseas staff for volunteer support. In the 1960s, Ruddick served as Recruiter and as the Assistant Director of the School Partnership Program. She has completed two tours of duty as a volunteer in Latin America, from 1964-66 in Ecuador, and from 1999-2001 in Costa Rica in youth development. Ruddick has extensive executive management experience in California government as the Director of Public Departments of Alcohol, Drug & Mental Health Services for both Santa Barbara and Merced Counties, with broad administrative and program responsibilities for treatment, prevention, rehabilitation and disaster services. She has received state and national awards for innovative programs for youth and refugees, and has implemented a wide variety of programs on self-help, inter-agency collaboration in systems of care for youth, client and family empowerment, managed health care, and services for mentally ill adults.

Originally from St. Louis, Mo., Ruddick has a Master’s degree in Social Work from San Diego State University and is a licensed clinical social worker in California.

Kiribati – David Finley
David Finley has worked for 15 years with World Vision International in various leadership positions throughout the world. For the past five years, he has served as their Country Director for Kosovo. Before Kosovo, he was the Operations Director for the Sudan/Somalia programs for two years. Finley also served as the Director of Donor Relations in the World Vision U.S. office for eight years. Before his career with World Vision, David was a broker with Security Pacific Investments in Los Angeles.

Finley is currently a board member of Agroinvest (a large micro-enterprise development program in Serbia) and is a member of the Child Rights Forum for the Balkans in collaboration with UNICEF and other international non-governmental organizations. He has lead numerous other projects throughout Kosovo and the Balkans in collaboration with the U.S. Agency for International Development (USAID), the European Union and many other European donors that have focused on rebuilding Kosovo and the Balkans. During his 15 years with World Vision, David has also been involved in various other relief and development projects throughout Africa and the Middle East. Finley holds a Bachelor of Arts degree with a major in Business Administration and Economics from Bethel College in St. Paul, Minn.

Micronesia – Marilee McClintock
Marilee McClintock joins the Inter-America and Pacific region from Peace Corps Morocco where she was a small business development/NGO technical trainer and coordinator in the fall of 2003, and a Peace Corps volunteer from 2000-2002. Previously, her career spanned 20 years of private sector executive management roles in the logistics and real estate industries throughout the U.S. and Europe.

During her 18 years based in the Pacific Northwest, McClintock served in local government capacities as Assistant Director of Urban Planning and as an elected City Councilman. She also served as a professor of economics. She has a Master’s of Economics in International Trade and Finance from Boston University and a B.A. in mathematics from the Pennsylvania State University.

Nicaragua – Todd Sloan
Todd Sloan comes to the Peace Corps from USAID, where until recently, he was the leader of the Democracy team in La Paz, Bolivia. He has been involved in international development work in Latin America for more than 20 years. Sloan began his overseas development career as a Peace Corps volunteer in Guatemala from 1981-1983. He has worked for USAID in Guatemala, Honduras, and Bolivia on projects in the areas of municipal development, the rule of law, citizen participation in democracy, and disaster assistance. From 1987-1991, Sloan served as Associate Peace Corps Director for Programming and Training in Guatemala. Sloan has a B.A. in Political Science, Latin American Area Studies, and Spanish from Willamette University, Ore. He did graduate work in International Agricultural Development at the University of California, Davis. Sloan is from Sacramento, Calif.

This story has been posted in the following forums: : Headlines; COS - Madagascar; COS - Uzbekistan ; COS - East Timor; COS - Kiribati; COS - Micronesia ; COS -
Nicaragua;