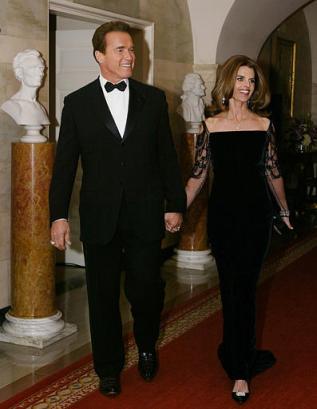 LOS ANGELES (AFP) - California's first lady, Maria Shriver, said she was leaving her job as a journalist at NBC television after 18 years because of fears of a conflict of interest with her new role.

Shriver, 48, announced her departure from one of the three major US networks saying it would be difficult to maintain an image of journalistic impartiality while she is consort to her husband, Governor Arnold Schwarzenegger (news).

She said in a statement it had become clear as she tried to "balance my career as a news journalist with my new role as First Lady of California, my journalistic integrity and that of NBC News will be constantly scrutinized.

"(I)t is apparent to me that it would be difficult to maintain my journalistic credentials and still be an active First Lady of the State of California.

"Therefore, after much soul searching I have asked to be relieved of my duties at NBC News," said Shriver, one of the heirs of America's Kennedy Democratic political dynasty, whose husband is now California's Republican governor. 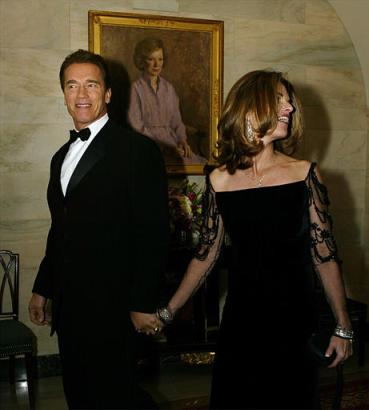 Shriver stressed that while she herself was certain that she could continue to report "with total objectivity, independence and without conflict, as I have for the last 18 years," public appearance was also important.

The statement followed Shriver's return to work at NBC in November after a leave of absence that she sought after former Hollywood screen icon Schwarzenegger announced he would run for the governorship of the golden state.

He won the October election in a landslide and was sworn in last November.

In recent weeks, Shriver has been locked in a series of negotiation meetings with Neal Shapiro, the president of NBC News, over her future at the network.

Shapiro stressed that Shriver had always been at pains to ensure that her political pedigree did not infringe on her work as a reporter and that he looked forward to her returning to the network at some point in the future.

He said Shriver and NBC had "tried to navigate the turbulent waters of balancing her employment here with her role as First Lady of California" and that her work would be missed.

"As a career journalist, Maria has consistently taken great care to ensure that her personal and political connections have never compromised her reporting," Shapiro said.

Shriver however said that while she was retiring from her news job, she would work on documentaries and special projects for NBC, including production of a series of specials on her children's books that tackle tough issues such as Alzheimer's Disease.

Hello i was just passing your web site and i wanted to know how does one become the first lady of california. Is it a job of it own or do you have to be married to the first man of california.