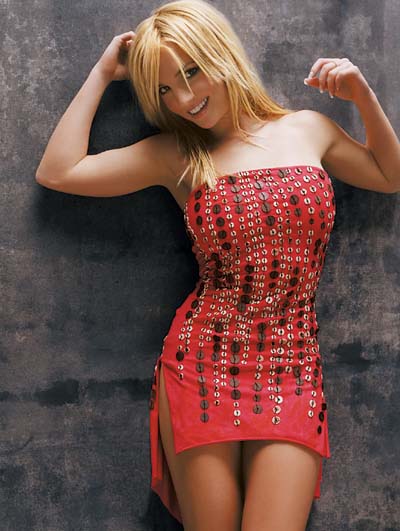 Last year Tim Casey wrote a screenplay called "Finding Serenity." Spoiled rich-kid entertainer Serenity Hughes (Casey said the character was inspired by Britney Spears) travels to Africa to entertain Peace Corps workers. The wretched living conditions and the mud huts have little impact. She's bored with it all. Only her Nintendo video game and occasionally functioning cell phone entertain her. Then she's stricken with a voodoo curse and loses her memory. The Peace Corps workers tell her she's one of them - a volunteer. They put her to work digging latrines.

Tim Casey writes screenplays, a pursuit that conjures up images of scrawny little fellas like Woody Allen and Quentin Tarantino stooped over at their computer screens, peering through the thick lenses of their black framed eyeglasses and making a lot of wheezing noises.

These, however, probably aren't the images you'd want to mention to the 6-foot-1, 220-pound Casey when he's cracking a hole through the roof of your burning house with an ax or carrying you on his shoulder down a flight of stairs through a wall of flame and a cloud of smoke.

Casey the screenwriter is also Casey the 20-year veteran of the Colorado Springs Fire Department.

If you label people by how they put bread on the table, Casey, 46, is a fireman and a paramedic. He has fought plenty of fires, delivered lots of babies and seen people die. But if you label a guy by what's in his heart, by the fuel that powers his soul, Casey is a screenwriter.

September, Casey was notified by the Academy of Motion Picture Arts and Sciences that "Finding Serenity" was judged to be among the top 10 percent of the nearly 7,500 scripts submitted for the renowned Nicholl Fellowships in Screenwriting.

Also in September, Casey learned that "Finding Serenity" was one of 4,000 submissions to make it to the quarterfinals of the equally prestigious Chesterfield Writer's Film Project, created in 1991 by Steven Spielberg. Casey found out Monday that he didn't get one of the five $20,000 Chesterfield fellowship awards, which would have brought a one-year stay in Los Angeles and the chance to create two original screenplays. Past winners have had screenplays purchased by Spielberg, Ron Howard, Wesley Snips and Francis Ford Coppola.

This story has been posted in the following forums: : Headlines; Humor; Screenplays

britney,i'm waiting for your new album.
I'm alwals loving you
from : Indonesian man..