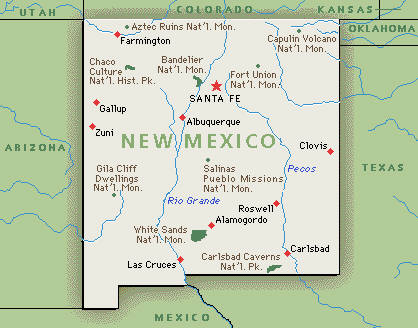 Man accused of ecoterrorism along trail

A 54-year-old management consultant is accused of setting booby traps along a public trail near Placitas in an apparent attempt to deter bikers and hikers from traveling the route.

Michael Delongchamp of Placitas was arrested and released Friday on a federal charge of using hazardous or injurious devices on federal land, according to a U.S. District Court criminal complaint. A hearing is scheduled for Thursday in Albuquerque.

Delongchamp is accused of stringing five metal cables, about -inch in diameter, across a trail frequented by bike riders, hikers and equestrians west of Placitas, according to the complaint.

If convicted, he could face up to 20 years in prison and a fine.

The cables were discovered by several Placitas residents in December, including mountain biker Christopher Chase, who was severely injured by the cables.

"It hurt like hell. It was extremely painful, and I knew right away what was going on," Chase said in a phone interview today about his ride Dec. 16. "I knew there was ecoterrorism in the area."

Chase said he was riding his bike downhill on the trail at speeds of 15 to 20 mph when he slammed into the cables. A criminal complaint filed in U.S. District Court states the cables cut Chase across the upper portion of his arms and chest.

The injuries could have been worse had Casey been hurled from his bike, but he was able to remain on board because one of the cables broke loose, the complaint states.

Nearly three months later, Casey said he still has a dent in his left arm and a scar on his right bicep.

The cables were connected to trees on either side of the trail and were not readily visible because of their location on a blind curve, the complaint states.

A jogger was also struck by one of the cables in her chest as she traversed the trail Dec. 20, the complaint states.

The jogger and her husband, who had previously tried to remove the cables, also found a wooden board buried in the trail with nails protruding upright, the complaint states.

Chase said he had also noted boulders and logs placed across the trail as apparent deterrents.

"It was very clear that they did not want us on that trail," he said. "But it's open land. Whoever did this has no business and no right."

The complaint states Delongchamp had rigged the cables because he was trying to protect the land and "he was angry because mountain bike riders were responsible for creating miles of new trails in areas where they did not previously exist."

The trail is on Cibola National Forest land, with the access about two miles east of I-25 on N.M. 165.

The Forest Service began an investigation into the cables in January. An arrest warrant was issued Tuesday for Delongchamp.

A woman who answered the phone at Delongchamp's home in Placitas identified herself as his wife and partner of Design Training Collaborative, a team- and leadership-building organization.

She declined comment on behalf of herself and her husband.

Delongchamp's attorney, Hope Eckert, was in Denver on business and unavailable for comment today, a message on her office phone stated.

A profile on Delongchamp located on the Internet indicates he is on the board of directors for the Behavioral Health Research Center of the Southwest and he has worked with clients that include Albuquerque Public Schools and Sandia National Laboratories.

Dan Calabrese, business manager at the research center, confirmed today Delongchamp is on the organization's board of directors. Calabrese said he had not heard of Delongchamp's arrest.

The profile states Delongchamp conducts workshops for project managers throughout the United States and is a former elementary school principal and Peace Corps worker.

This story has been posted in the following forums: : Headlines; Eco-terrorism