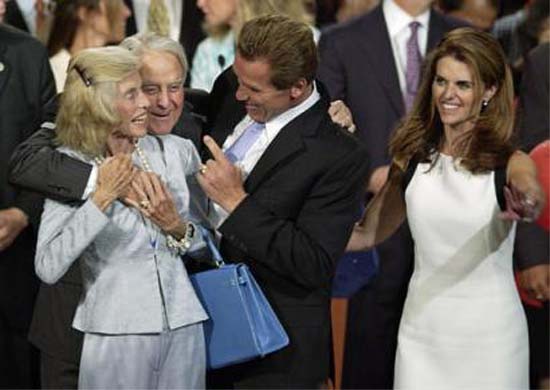 Up close and personal

He took questions on his bond plan, the perils of obesity and whether his past life has helped or hindered him in his new job as California governor.

But the heart of Gov. Arnold Schwarzenegger's 20-minute talk Thursday to 2,400 high school students in Sacramento was to inspire them with his own personal adventure of success and service.

Like a lot of Schwarzenegger speeches, this one at the annual YMCA Model Legislature and Court program could have passed for a Tony Robbins infomercial on the joys of positive thinking.

But this group can be rough - one participant once cursed while questioning Gov. Gray Davis - and Schwarzenegger was not received as a larger-than-life action hero by everybody on Thursday.

"He got elected just because he's a movie star. That's the only reason," said Kia Churchill, an 18-year-old senior from Oakland. "And he's taking money from poor people. That's not cool."

Micah Arons, 17, a Skyline High School senior in Oakland, was impressed, though.

"He's new and refreshing," he said. "He's someone kids can relate to. He's not boring and dull like Gray Davis. I think he's doing a great job."

After flashing the adoring audience a few thumbs-up gestures as they aimed their cameras at him, Schwarzenegger proceeded to describe the start of his transformation from self-centered movie star to giving governor.

The real epiphany, he said, came sometime later, when he heard his father-in-law, Sargent Shriver, a member of the Kennedy family, make a speech at Yale University.

Schwarzenegger said it helped him understand the joy he felt working with disabled kids and doing other charitable work.

"That's when I realized this is why I had such joy. Because I for the first time started looking beyond, not just always at myself, what I could do for myself, what could other people do for me. And I realized that I made this change. That I wanted to give something back to the country."

So he started working on after-school programs and then last year, when he saw how the state was deteriorating, he said he felt compelled to run for governor.

"And I am very clear," he told the students. "I saw myself as the governor. There was never a doubt in my mind, even though it was a rocky road."

Eleven students were chosen by event organizers to ask questions of the GOP governor and told to keep their questions respectful.

But Schwarzenegger took just four quick questions because he was rushing down to Claremont in Southern California, where he had agreed to help dedicate a gymnasium at the middle school attended by the daughter of Fabian Núñez, D-Los Angeles, the new Assembly speaker.

Just like adults, kids who heard Schwarzenegger came away with different impressions.

"The speech was real sweet," he said. "I totally admire him. He came here with nothing and now he has almost everything. He's inspirational. I think he's doing a great job so far."

But as soon as she left the hall, 17-year-old Ashley Bettini of San Rafael dialed up her mother on a cell phone and groaned, "It was the most pointless political speech I've ever heard."

Asked why, she said: "If he can come to Sacramento and talk to 2,400 kids who are in this program because they're interested in government, it would have been nice to hear him talk a little bit about government.

"All he did was talk about himself and how he worked his way up to make $30 million a movie. I just thought it was ridiculous."