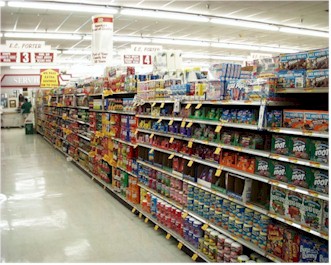 Retroshock: When The Familiar Is Unfamiliar

An American returning to the United States after living abroad finds himself in the unique position of being, for a time, a stranger in his own land.

Everything he has attuned his body and mind to accept as normal no longer is. Hearing English spoken in the streets, not having to work out what to say to a shopkeeper in advance, and even plain old-fashioned jet lag are all symptoms of what some refer to as “retro-shock”: The familiar is unfamiliar.

“We warn volunteers before they go, telling them that they will experience culture shock; different sights, sounds, smells, but that none of this will be anything like coming home,” says Cammie Noah, public affairs officer for the Northern California field office of the Peace Corps. “But you can never prepare for re-entering an American supermarket for the first time. You walk in and see 17 brands of chili and there are so many choices you walk out with nothing.”

Indeed, the sheer amount of consumer goods available in the United States is startling to one who has spent time away. Ken Eckern, a St. Petersburg, Russia-based medical supplies salesman who was asked how a two-week trip home to the States was, replied simply, “They got a lot of stuff in Target.”

Scott Hepworth, Stake president of the San Jose East chapter of the Church of Jesus Christ of Latter-day Saints, says, “One of the first things that people returning to the States see is the monumental waste -- throwing food away, excess packaging and these things are very disturbing because you tend not to notice them before you go away.”

For many, retro-shock begins on the flight home. One man said that on his recent Delta flight from Frankfurt, the captain addressed the passengers, saying he was speaking from the “flightpit.” Had political correctness so changed the American lexicon, he wondered, that “cockpit” was now a sexist or sexually charged term?

“And then the captain told us that the temperature in New York was 45 degrees. For the last three years, I’ve been living like the rest of the world, in Celsius. For a second I thought it was 115 degrees Fahrenheit in January in New York.”

This type of confusion, though it lasts only a few seconds, occurs frequently during the first two weeks after returning, and many say it can be very disorienting.

“When I first returned from New Zealand,” says Hepworth, “I had dreams for about a month where I was driving on the left-hand side of the road.”

The Peace Corps, one of the largest organizations that regularly assigns Americans to overseas posts, says the feelings of displacement are universal to returning volunteers.

“Every Peace Corps volunteer has gone through this,” says Michael Learmouth, a public affairs officer for the National Peace Corps Association in Washington, D.C. “Anyone who (gets stationed overseas) has to go through culture shock twice, and some feel that the returning culture shock is the worse of the two.”

Reversal of Customs
To effectively function in a foreign country for an extended period you have to fully adapt to the customs of that country. Upon returning to the States, the readjustment from what has become “normal” must be reversed, and some say the turnaround is never quite complete.

“After a year or two of being away,” says Amy Portnoy, a New York-based international media consultant, “you think about what life is like in the States and how things work here -- you build up a lot of expectations and slightly flawed memories and you’re usually wrong, because your expectations are based on sort of a synthesized middle ground between the two cultures.”

The feeling of displacement during the readjustment period, where neither home nor the foreign residence can be considered “home base,” can produce a range of symptoms: from the mild, such as confusion about weights and measures or stomach problems from readjustment to the local food, to the more serious such as depression, paranoia, a feeling of being “left out” or floundering.

Sublime to the Ridiculous
The readjustments run the gamut “from the sublime to the ridiculous,” laments David Wilson, an American journalist who recently returned from a two- year European assignment. “I get annoyed that even after a month at home, every time I try to turn on the bathroom light I turn off the hall light!” (In Europe, light switches are generally placed outside the room, and switch down for ”on.”)

“The first few days back were hell,” recalls Timothy Philips, who taught English in southern Poland. “I was walking in a cloud, and every time I walked into a shop I felt something was missing, because I didn’t have to work out in advance what I’d say to the shopkeeper. And for the first week, every time I heard English spoken on the street I’d want to ask them where they were from, because over there a native speaker was a novelty. Sometimes I’d feel sorry for the person I was speaking to because they got subjected to two weeks of pent-up English!”

Aside from physical discomfort and temporary confusion, there is a feeling of frustration among returning expatriates over not being able to express what they’re going through with their friends at home. “Most people at home can’t relate to these experiences,” says Eugene Patron, a Miami-based free-lance correspondent who spent most of 1991 in southern Africa. “Climbing a sand dune in Africa at sunrise gives you a feeling you can’t explain to someone who’s never done it and those feelings are yours alone. But that also means it’s difficult to relate the stories of your trip in a meaningful way.”

The Peace Corps’ Cammie Noah agrees. “It’s a big problem. When you talk to people you want to tell them what you’ve been through and they don’t want to hear it. They’ll say ‘How was Uganda?’ and you’ve gotten into it for 30 seconds and they want to start talking about Mary being pregnant and what’s new on television.”

Key to easing back into life in the States are support groups. The Peace Corps has a department dedicated to helping returning volunteers re-establish their paper trail (such as obtaining employment, referrals and health insurance) as well as counseling.

Elaine Neufeldt, treasurer of the non-profit Northern California Group of Returning Peace Corps Volunteers (NorCal), was an overseas volunteer in Kenya from 1969 to 1972, and in the East Caribbean from 1979 to 1981. “We’ve got 720 members, and we find that many of them have been frustrated by their inability to find really receptive listeners,” she says. “We hook up with them to help them ease back in, because anyone who’s been overseas has a lot of weird things to talk about that we can understand.”

Birds of a Feather
Other returning expatriates, such as journalists or teachers, find support from those in the same field who’ve had similar overseas experiences. And on- line computer services offer a forum for “chats” about traveling or life in foreign countries.

“There’s a difference between a tourist, a traveler and an expatriate,” says free-lance writer Patron. “When you’re living and working overseas you feel different; special and kind of radical, and when you get home there’s a feeling like you’re still in motion, or not rooted yet. It can be very confusing.”

Easier Each Time
Those who repeatedly live overseas, though, say that each time it gets easier to readjust, and that the first time is definitely the hardest. “Separating becomes easier the more you do it,” says a translator who has lived abroad on and off for eight years. “The more you leave and come back, the easier it is to say, ‘OK, this is here, that’s there’ and keep realistic expectations about what it’s like to return home.

“A big difference about coming home is that when you’re away, every day is like an adventure,” she says. “When you’re away, something always happens; whether it’s good or bad, it’s something new, and I miss that.”

This story has been posted in the following forums: : Headlines; Culture Shock; Retrochock; Reverse Culture Shock