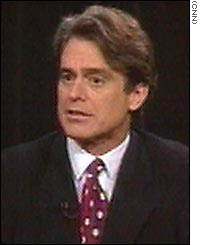 Santa Monica recently learned how deeply rooted people's passions for hedges can be after building officials cited some notable residents on a ritzy rue of multimillion-dollar homes overlooking a canyon and the Pacific Ocean.

Their crime: towering vegetation. Their punishment: a potential fine of $25,000 a day. Their reaction: Outrage.

Thus did Santa Monica come head to hedge with one of today's urban design conundrums: Should residential neighborhoods be more open to the outside world? Or do today's tense times give residents the right to fence themselves in?

Emotions attached to the issue have been running hot across the country — and overseas, as well.

A case of neighbor versus neighbor "hedge rage" last year spurred a Briton to shoot dead the 66-year-old man who lived next door, then hang himself in jail — all because of a row of privet.

Complaining that the city had gone too far, one of those cited — Bobby Shriver, a Yale-educated lawyer who is Maria Shriver's older brother (and, yes, that makes him Gov. Arnold Schwarzenegger's brother-in-law) — urged his neighbors to rise up.

And rise up they did, converging on City Hall by phone, by e-mail and in person. As a result, the city attorney temporarily halted enforcing the citations, and the City Council decided to take a fresh look at the decades-old ordinance governing fence and hedge heights.

Indeed, urban designers say the issue strikes at the heart of the age-old conflict between property owners' rights and the public interest. At its most basic, it is a clash between America's libertarian and communitarian impulses. It also helps explain the boom in gated communities, urban designers say.

As expressed in many a city's general plan, the aim is to achieve an "urban village as a place that's densely occupied but still has a high degree of social interaction," said John Chase, urban designer for the city of West Hollywood. "Part of that is facilitated by visibility. You can see the world going by, and the world going by can see you."

When the 13 colonies broke away from English rule, one of the chief freedoms they sought was the right to own land and do with it as they wished. At the same time, they were rallying around a common cause. That tension persists to this day, especially for homeowners who equate sheltering hedges with higher property values.

"There's a built-in conflict in the American psyche between self-interest and that of the collective," said Roger Sherman, principal with Roger Sherman Architecture and Urban Design in Santa Monica.

In Santa Monica, Sherman noted, there has been "an inordinate emphasis on the rights of the public rather than the rights of the property owner." Those communitarian ideals have been at odds with the wishes of a growing cadre of affluent artists, authors, actors and pop stars who crave privacy.

A local ordinance dictates that hedges and fences be no higher than 3 1/2 feet in front of houses and no more than 8 feet in sideyards and backyards. Over the decades it had been sporadically enforced.

But the City Council, prompted by complaints, recently encouraged building officials to crack down on a variety of code violations, especially bootleg apartment units. This led to what some residents call the hedge police.

In late April, the city sent Shriver a "compliance order," granting him 30 days to cut his front, side and rear hedges or to schedule a hearing.

Although the hedge in front of his Monterey colonial house on Adelaide Drive, on the city's northern edge, is just inches over the limit, his rear plantings soar a good 30 feet into the telephone wires. Bordering an alley, they shield his backyard from the windows of tenants in a low-rise apartment building across the way.

"On its face, it's absurd," said Shriver, the oldest child of Sargent Shriver, who helped establish the Peace Corps, and Eunice Kennedy Shriver. "The state is broke, and the city is broke, and they hire code compliance officers to photograph people's hedges.

"Honestly, it made me sad because I have so much invested in the idea that public service is a great thing and people should respect the government."

The city sent orders to several other Adelaide residents as well. Screenwriter Alvin Sargent and his wife, Laura Ziskin, a producer, were stunned to get the compliance order citing their well-manicured 25-foot rear hedge. An accompanying photograph showed a red line at the 8-foot mark, the point to which the city wanted the hedge trimmed.

"Hedges are part of the history of the world's landscaping," Sargent said. "Great cities have great hedges…. Hopefully, the [City Council] will find it's a law that needs to be adjusted."

Is the notion of maximum fence and hedge heights outdated?

"I don't know of any city that doesn't have height requirements," said Tim McCormick, Santa Monica's building officer. The city's rules, he said, are meant to create "a sense of openness and a friendly appearance toward pedestrians and passersby so it doesn't look like a city with walled fortresses."

Elsewhere in Southern California, communities are handling hedge and fence disputes in different ways. Most cities do not have the resources to enforce codes proactively. Rather, they tend to act when somebody complains.

In Beverly Hills, one resident recently praised the city for forcing an absentee homeowner to clip the nearly two-story-high hedge that was blocking her vista and breezes.

Yet in West Hollywood the sky's the limit for hedges after the city decided three years ago to toss out restrictions. But this kind of growth policy is rare.

Wolfgang Krause, a principal planner in Glendale, said this issue "comes up all the time because there are always violations."

Amid a heated fence debate in 2001, the city learned that two City Council members had frontyard fences, in defiance of an 80-year-old ban. After debating the prohibition on fences of any sort, the council decided to uphold it, even though a survey revealed about 1,500 properties with walls or fences that could be considered illegal.

Thousand Oaks recently relaxed — by 6 inches — its limit on the allowable height for front hedges and fences, but they must be no higher than 3 feet.

To William Fulton, senior scholar in USC's School of Policy, Planning and Development, squaring competing needs will require trade-offs to avoid communities that appear to consist of just walls and roads.

"People do need to protect themselves from the outside world," he said. "You have to wall yourself off from the world without shutting yourself off. That's the trick in urban design today. It's a tough one."

Nor is that problem new. A proverb dating to at least 1640 observed: "Love your neighbor, yet pull not down your hedge."