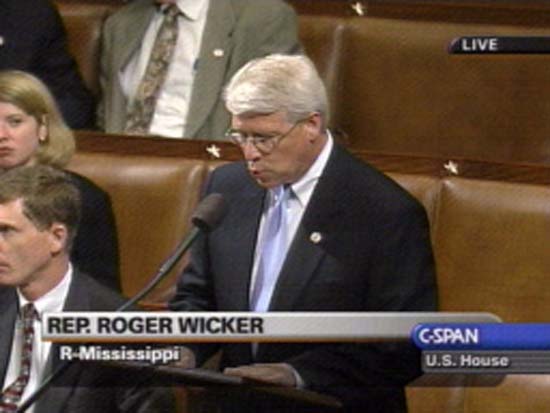 For more than 40 years, Peace Corps volunteers have served as powerful ambassadors for American values of compassion, charity, and free enterprise.

The organization has a presence in 71 countries today, and its dedicated workers continue to promote understanding among nations and help improve the lives of those less fortunate.

I recently met with the agency's director in Washington and had the chance to see Peace Corps volunteers in action when I visited the east African country of Tanzania. Their commitment to helping others and the success of those efforts are deserving of high praise. The volunteers come from all walks of life and range in age from college students to retirees - all with a determination to make a difference in the lives of others.

President John F. Kennedy established the Peace Corps in 1961 with a challenge for Americans to serve their country by living in developing countries on a mission of peace and friendship. Since that time, more than 170,000 of our fellow citizens have accepted that challenge and worked on wide-ranging issues in 136 countries.

Peace Corps volunteers have helped improve education and health care and strengthened economic development opportunities. They have applied expertise in the fields of agriculture, construction and other skilled trades, and in working with at-risk youth programs. Another key area of interest in recent years relates to advancing information technology by teaching computer literacy skills, word processing, distance learning, and Internet use.

The Peace Corps has three simple goals - helping the people of interested countries in meeting their need for trained men and women; helping promote a better understanding of Americans on the part of the people served; and helping promote a better understanding of other people on the part of all Americans. The agency has 7,533 volunteers at work on those goals in 2004. Among them are 14 Mississippians serving in such diverse places as Kenya, Niger, Mongolia, Bolivia, Guinea, and the Philippines. Six current members of Congress - three Republicans and three Democrats - are former Peace Corps volunteers.

Booneville native Christy Morgan was featured in a news story last year about her Peace Corps service as a teacher in the central Asian country of Kazakhstan. She said it was "one of the most challenging things I have ever done" and noted that the experience gave her a greater sense of patriotism and appreciation for America. Peace Corps volunteers must be U. S. citizens of at least 18 years of age. A college degree is helpful but not required, nor is knowledge of a foreign language. Work experience, relevant skills, and a community college degree are often sufficient qualifications.

The benefits of service in the Peace Corps go far beyond the prospect of improving the standard of living in a developing country. Volunteers also have a chance to learn another language, experience a different culture firsthand, and develop leadership skills that will be useful in any career path they choose. Anyone with a sense of adventure and desire to help others should give consideration to this unique opportunity.