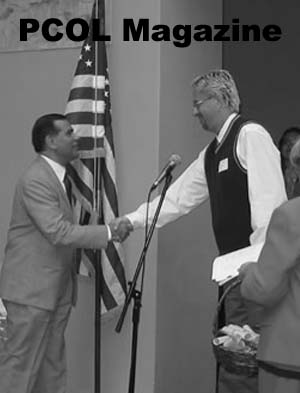 Each month, an RPCV or RPCV group will be honored as the RPCV of the Month or RPCV Group of the Month. RPCV groups may include geographically based groups or country-of-service and special- interest groups. Those honored will be featured on the Peace Corps website, in the RPCV Update, and at appropriate events during the year.

At the NPCA conference in August 2004, Director Vasquez will formally recognize any members of the first set of honorees who attend the conference. If you would like to nominate an individual RPCV or group for this recognition, you may do so by writing a letter covering the following information:

ï,· The name and contact information for the nominee

ï,· A description of the service that the nominee has performed

ï,· The impact of the service on individuals, the community, or the Peace Corps

ï,· Any other information you deem helpful to the selection committee

Nominations must be received by June 25.

Thank you for assisting us in recognizing individuals and groups whose work has been such a positive force in the community and such a good reflection on the Peace Corps ethic of service.

This story has been posted in the following forums: : Headlines; Humor; Returned Volunteers; Awards