U.S. Rep. Christopher Shays, R-Bridgeport, says he's surprised to be mentioned as one of a handful of candidates to lead the CIA.

"The likelihood of their choosing me, I think, is fairly remote," Shays said yesterday. If he were a likely nominee, Shays said he thinks by now he would have been in "serious communication with the White House."

Deputy Secretary of the Department of State Richard Armitage is the best candidate for the job, said Shays, chairman of the congressional Subcommittee on national security, emerging threats and international relations.

"He would be the better choice," he said. "He has done a phenomenal job."

In any case, President Bush should wait until after the election to choose a CIA head, Shays said. He said it would be difficult for the next director to come in before the November election with a clear mandate to start major reforms.

The Washington Post reported last week that Shays was a possible candidate to lead the CIA.

Ellen Camhi, chairwoman of Stamford's Democratic City Committee, said if Shays were chosen it would allow Westport First Selectwoman Diane Farrell to run for Shays' seat without facing an incumbent Republican. Farrell is a Democrat.

"She would walk into it. That is another reason I would be very shocked if they would do it now," Camhi said.

Farrell said the fact that Shays is on a short list for the job is a sign he is not an independent voice in Congress.

"I do think it is an indication of Chris' connection to President Bush and the Republican agenda," she said. "This is an administration that rewards loyalty." 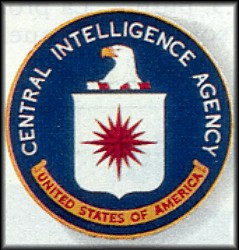 Although he is recommending Armitage, Shays said he would consider the top intelligence job if it were offered.

"I think it is an extraordinary challenge that I think would be something I would have to consider," he said.

That is because reworking the agency is important in the wake of the departure of George Tenet as director, Shays said.

Shays has been a longtime critic of the CIA, in part because members of the agency would testify only before the congressional Select Intelligence Committee and declined invitations to come to his subcommittee.

"I am absolutely convinced that a more open CIA would be a better CIA," Shays said yesterday.

Thomas Kean, co-chairman of the commission investigating the response to 9/11 and former governor of New Jersey, was shocked by the volume of material unnecessarily classified as secret, Shays said. The amount of such material meant that worthwhile intelligence was lost in the jumble.

"The CIA also needs to do other things. It needs to do a better job of utilizing public information. It is almost like, if they didn't find it through covert methods it isn't worth knowing."

Secret and public intelligence both need to be used, he said.

Shays said Tenet was not the only one to blame for intelligence gathered before the war in Iraq, which led many Americans erroneously to believe Saddam Hussein had stockpiles of weapons of mass destruction.

"I think so many people share the blame," Shays said. "Clearly our intelligence community did not do its job."

Shays has been a proponent of the State Department having more control over the occupation of Iraq.

Shays said he also disagrees with classifying fighters held by the United States as "enemy combatants," not as prisoners of war or criminals.

"I don't agree with the idea of enemy combatants," he said. "It is not recognized internationally and that is important."

It is a mistake to circumvent international treaties that outline the treatment of captured soldiers because they can protect American citizens if they are captured, Shays said. Prisoners should be treated as criminals or prisoners of war, he said.

Shays said he was honored to be considered for the CIApost, whatever happens.

"It was obviously very gratifying," he said. "It certainly got me thinking."

This story has been posted in the following forums: : Headlines; COS - Fiji; Politics; Congress; Intelligence Issues; Homeland Security