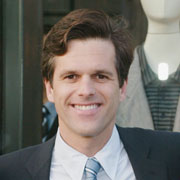 Kids at Special Olympics camp get the ball rolling

POTOMAC, Md. — Like the young people who participate, Special Olympics has its sights set on some new goals this year. But the organization, now in its 36th year, also is revisiting its traditions.

One of the more notable traditions is the event dubbed Camp Shriver, where more than 60 of the young people who take part in Special Olympics get two weeks of training in swimming, soccer, basketball and other activities. The camp is named for, and held at, the home of Eunice Kennedy and Sargent Shriver.

It was 41 years ago that Eunice Shriver, sister of John F. Kennedy, launched Camp Shriver at her home here. That effort evolved into the Special Olympics program that has served 1.4 million young people who are mentally retarded and etched in the public's mind scenes of young people with thousand-watt smiles accomplishing athletic feats they might never have achieved.

The Shrivers and Special Olympics are hosting media events this week to highlight not only what has happened, but also what they'd like to see happen, including:

• Winning congressional passage of a bill to give Special Olympics $15 million.

Eunice Shriver is still watching over the camp, checking on the campers' progress and even learning a new sport herself: volleyball.

But leadership has been handed to her son, Timothy Shriver, who says Special Olympics has the unique ability not only to change its athletes' lives, but to address and end discrimination against the mentally retarded.

"The world needs to be reminded of the potential of the human family to overcome difference, not to be divided by difference," he says. "I know of no platform or no message or no messenger more powerful than our athletes for giving that message."

The first Special Olympics games were in 1968 at Soldier Field in Chicago, where 1,000 athletes participated.

Though today most of the athletes live in the USA, other nations, such as China, Russia, India and Mexico, report rising enrollment.

An estimated 170 million people in the world are mentally retarded. At the time Eunice Shriver founded the organization, they were often ignored and confined to institutions.

Timothy Shriver says that although much has changed, public attitudes as a whole haven't. A study in 2003 showed that a majority of the public believes people who are mentally retarded should not attend regular schools or work in mainstream companies.

"Most people with intellectual disabilities live in extraordinary difficulty even today, and this movement can literally save their lives," he says. "So we had to reach out to more people as aggressively as humanly and as quickly as we possibly could."

The organization's leaders say they will be assisted in their expansion and awareness goals if the Special Olympics Sport Empowerment Act of 2004 passes.

The bill would allocate $15 million to the organization and mark the first time Special Olympics would receive federal funding.

But Timothy Shriver is quick to point out that the organization's importance does not lie in numbers, but in changing the lives of individuals.

Edwards, who was featured in an Armani ad with tennis star Serena Williams this year, is teaching others to swim this week at Camp Shriver.

"When I went to my first Special Olympics world games, I realized there's not just one person like me, or one group like me," he says. "There's a whole world like me."

hello,
i am ms. rutvi chande from mumbai india we are comming up with a orphanage for mentally challenged who are victims of tsunami in tamilnadu india. we are in need of funds for this mage project can u guide us for the same.
thanking you.