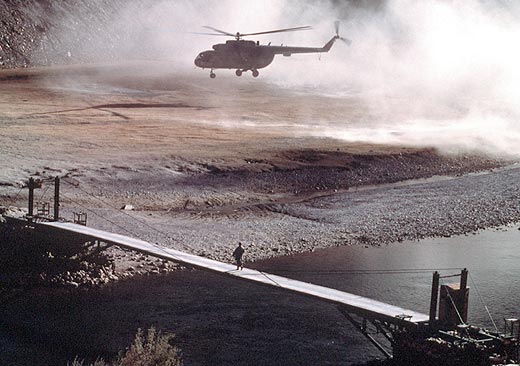 Cops of the world is not a wise goal

As I was driving in my car the other day, I found myself listening to a Phil Ochs folk song from the 1960s. The radical singer was in the forefront of the antiwar movement, and some of his songs dealt with Vietnam. The one I heard, "Cops of the World," was a larger critique of American policy that is still pertinent today.

The ill-advised, ill-planned, and ill-executed foray into Iraq is sufficient evidence that the United States still thinks of itself in imperial terms, and still believes it can do anything it wants in the world.

"We pick and choose as we please," Ochs sang, as he referred to the American arrogance that got us into such trouble in Vietnam. And now, with the horrors of Abu Ghraib still in the forefront of our minds, we're at it again.

Americans have thought about empire for a long time.

The Manifest Destiny movement of the mid-19th century envisioned an empire that stretched from shore to shore, for Providence looked kindly on the United States, and we were only taking what was rightfully ours.

After the American victory in the Spanish-American War of 1898, President Willian McKinley and others believed that it was a combination of duty and destiny that had brought military success and so opened the way to taking over the Philippines, and becoming an imperial power able to compete with the Europeans who had already parceled out the African continent and had designs on Asia too.

But the American position had its prime exponent in the mid-20th century, during World War II. Publisher Henry Luce, whose own print empire included both Time and Life magazines, believed, in the face of the Fascist threat, that the United States had to accept that its reach was now global. In an editorial in the Feb. 7, 1941 issue of Life, Luce proclaimed that the American Century had already begun.

And with victory in the Second World War, and later in the Cold War, that belief has persisted.

Not all Americans agreed. Henry Wallace, Franklin Roosevelt's vice president in the early 1940s, countered by arguing that this needed to be the "century of the common man," but more people agreed with Luce than Wallace.

Yet American might won't last forever. And there were even times -- remember the war in Vietnam -- when this nation's ferocious military machine wasn't able to bring an enemy to its knees.

Nor do empires last forever. A decade and a half ago, historian Paul Kennedy, in "The Rise and Fall of the Great Powers: Economic Change and Military Conflict from 1500 to 2000," wrote about powerful empires, ranging from those in China, Turkey, India, Japan, and later Great Britain. The message was simple. The spiral of increasing economic might and military power couldn't last forever. No empire in the past remains intact today. And it is not likely that ours will either.

The United States has behaved with unbelievable arrogance in its preemptive strike on Iraq. The latest disclosures about the sad state of American and British intelligence make clear the bankruptcy of our political position, no matter how evil Saddam Hussein may have been.

But the attack didn't come in a vacuum. It resulted from the overarching sense that the United States could do anything, regardless of the reaction of the rest of the world. 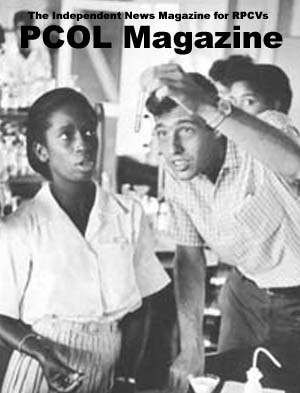 Back in the 1950s, authors Eugene Burdick and William J. Lederer wrote a book called "The Ugly American." It was about the ineptitude of American diplomacy, and the arrogance that made others around the globe wonder about American values.

The Peace Corps, begun in the early 1960s, was an effort to do something about that sorry state of affairs. It was an effort, historian Arthur M. Schlesinger Jr., said, "to replace protocol- minded, striped-pants officials by reform-minded missionaries of democracy who mixed with the people, spoke the native dialects, ate the food, and involved themselves in local struggles against ignorance and want."

Instead, we're back to being what Phil Ochs called the "Cops of the World," but the consequences may well be as serious as they were in Vietnam.

Allan M. Winkler is a history professor at Miami University.

This story has been posted in the following forums: : Headlines; COS - Philippines; Speaking Out; Iraq

I believe that a portrayal as "cops of the world" is too mild a metaphor; it would be perhaps more accurate to use the terminology of emperor and empire as was in the references. I do not believe that we can justify our current strategies as part of the democratic practices and principles which we so easily expound.

"Cops of the world" implies a universal legal system w/ laws, courts and a police service (Yes, folks, police -- like firemen and teachers --provide a necessary community service!). What the US has is the only professional military force capable of independently intervening virtually anywhere in the world. Since the US's security interests are sometimes seen as congruent with Europe's we're sometimes involved there (the Balkans), sometimes with Africa's (Ethiopia, and perhaps the Sudan), and sometimes with only a coalition of the willing (Iraq). The old saw that generals always prepare to fight the last war seems to hold for peaceniks, too. Iraq isn't Vietnam (as a history teacher should know)for too many reasons to go into here. And Phil Ochs ain't exactly anyone's idea of a reputable international policy analyst (no songwriter really is). The US isn't a universal police service, it's does however have a national military force that operates under freely elected civilian control. Those civilian leaders presumably are concerned primarily with US security interests -- not hypothetical universal legal or moral standards (which, in any event, are fictional). They ain't cops, dudes and dudettes, they're soldiers, sailors and air force fighters. As for "empires," that's just more semantic gamesmanship. The old Iraqi tyranny is overthrown, a new freer state will, one hopes, replace it. 'Nuff said.

The "horrors of Abu Ghraib"!!!!!! These are the same people who cut off heads and bomb innocent women and children. Panties on heads and naked bodies sure classify in the same "horrors" category, right?. Come on now. Do you really want to make that comparison? I didn't think so or I should say, I hope not.

Bad stuff, YES! Even, really, realy bad stuff. But "horrors," NO! The "horrors" come in the eyes of victims of 9/11 trapped in a burning building or jumping 50 stories to avoid the pain of being burned alive, or the mother of a child killed in Russia, or child of a father and mother both killed by a suicide bomber attack and on and on and on.

Thank goodness we have a national policy that is willing to confront real "horrors." And thank goodness both Kerry and Bush want to take on the terrorists, Iraq aside or not.

HIstory professor, eh?
Sure get a balanced outlook in his classes.

Mayhap he should read more facts and listen to whiney, dated propaganda less.

But there again, they wouldn't have been arrested if they weren't guily of something, right Ron?

Ron, it seems clear that what happens to 'your people' is a horror, and what happens to to other people (particularly brown people) far away is just bad. It is exactly this small minded xenophobic bigotry that the USA has become world famous for. Keep waving that flag Ron!