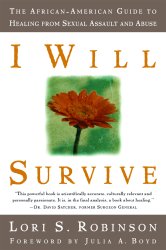 WE’VE BEEN DUPED. African-Americans have let the dominant power structure brainwash us into thinking that what happens outside the U.S. borders is none of our concern. In the case of some African countries, at least, we saw past the law. But foreign policy in non-African countries? Forget it. Black folks have too much to worry about here, even if the people in question live on an island only 90 miles away.

African-Americans didn’t use to have such a self-absorbed, myopic point of view. Between Race and Empire: African- Americans and Cubans before tbe Cuban Revolution documents that historic, intimate connection. Editors Lisa Brock and Digna Castañeda Fuertes have gathered essays from eight North American and three Cuban scholars which prove that even during slavery and Jim Crow, Black Americans cared about Cuba and vice versa. "Except for Haiti, no New World society received as much attention from Black North Americans in the nineteenth century as did Cuba," writes contributor David Heliwig.

This volume of academic essays, written with accessible language, delves into topics such as religion and protest poetry. Layers of history are peeled back, building an understanding of political and racial dynamics between the darker citizens of the United States and Cuba.

As with any relationship, pre-revoludon Cubans and African-Americans had their trouble spots. In an essay about two Florida cities between 1899 and 1915, contributor Nancy Raquel Mirabal writes:

"Despite the inevitable interactions that took place between the two communities, Afro-Cubans preferred to distance themselves socially and politically from African-Americans." Also at the turn of the century, the U.S.-based African Methodist Episcopal Church attempted to expand to Cuba, but reached English-speaking Caribbean immigrants more effectively than Cuban nationals because of differing expectations, writes Jualynne Dodson. Afro- Cubans expected the church to help them out of poverty and the denomination expected Black Cubans to be self-sufficient and to contribute to the church.

The chapter on segregated baseball, a prime form of recreation when options were few for Africans-Americans, effectively explores the extent of Black North American-Cuban interaction. "The integration of Cuban teams into American Black baseball was thorough. Major Black newspapers reported on Cuban players and their teams as regularly as they did any team of North American Blacks. Havana was often a stop on the Black circuit," write Brock and essay co-author Bijan Bayne.

Afro-Cubans and African-Amencans commonly mingled in artistic contexts. The enduring friendship and mutual artistic support of great poets Nicolas Guillen and Langston Hughes is examined. Whereas Guillen and Hughes admired each other’s work, the collaborations of jazz musicians transformed their art. Cuban musician Luciano "Chano" Pozo "is generally credited with providing the hands-on training and inspiration that allowed the [Dizzy] Gillespie orchestra to turn a Cuban-influenced jazz style into an organic Afro-Cuban jazz style." Geoffrey Jacques traces how they and other pioneer musicians propelled each other into new sounds.

And several essays address Afro-Cuban and U.S. independent journalism from the 1 800s. "Most clearly pro-Castro among the Black newspapers and magazines were the Baltimore-based Afro-American... the Amsterdam News, and the weekly magazine Jet," writes Van Gosse.

When Brock wanted to reprint a 1959 Jet cover image featuring a Cuban woman in this volume, "a Jet staff member telephoned to say that the picture was ‘quite old’ and of a ‘political nature,’ and they would not grant permission to use it."

Hopefully, Jet’s current disassociation from Cuba is not representative of the greater African-American community. Just a few decades ago, African-Americans understood that Cubans, particularly Afro- Cubans, were oppressed by a mutual foe.

Between Race and Empire informs readers about a shared history we should know. Writes Castañeda in the epilogue, "In this historical moment, we hope that this book, by looking into our common past, will help us negotiate a common future."