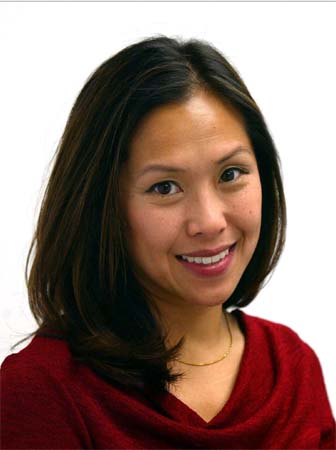 # WASHINGTON, Aug. 4 /PRNewswire/ -- Only one in 10 writers, editors and bureau chiefs in the Washington daily newspaper press corps are journalists of color, according to a study on diversity by UNITY: Journalists of Color, Inc. and the University of Maryland's Philip Merrill College of Journalism.(Logo: http://www.newscom.com/cgi-bin/prnh/20040716/DCUNITYLOGO )

Even though the United States is quickly becoming more diverse -- almost one third of the population is non-white -- the corps of print journalists who regularly cover the federal government and lead the national dialogue on the issues facing this country does not come close to reflecting its citizenry.

"It's sadly ironic that the same Washington press corps that has questioned President Bush's commitment to minority issues and criticized the dearth of minorities on John Kerry's campaign staff is itself startlingly monochromatic," the report says. "Go to any news conference at the White House, Pentagon or Capitol Hill and the lack of journalists of color is readily visible. Behind the scenes, where decisions are made about what is news and how to cover it, the exclusion of people of color in Washington bureau management is even more acute."

* Only three of the 36 daily newspapers and newspaper groups with multiple-person news operations covering Washington have non-white bureau chiefs -- Gannett News Service, the Chicago Tribune and The Detroit News;

* Most of the nation's largest daily newspapers have substantially lower percentages of journalists of color in Washington than in their home newsrooms;

* Some Washington bureaus of the large newspaper chains (including Knight Ridder, Gannett News Service, Newhouse News Service) have the most diverse newsrooms, but other chain bureaus (including Scripps Howard, Hearst, Copley, McClatchy, Belo) have either few or no journalists of color covering Washington;

* More than nine in 10 of the journalists of color surveyed believe the Washington press corps is at least somewhat out of touch with its home audiences, and most believe that the lack of diversity in the Washington bureaus is part of the problem; and

* Of those surveyed, only 13 percent say that the capital press corps coverage of race-related issues is good, and none believe that coverage is very good or excellent.

Christopher Callahan, associate dean of Maryland's journalism school, senior editor at American Journalism Review and a former Washington correspondent for The Associated Press, was the project's lead researcher and authored the report. The study relied on past research, including the analysis of individual newspapers and their communities, the annual census of diversity in daily newspaper newsrooms, a Freedom Forum study on newsroom diversity and a survey conducted by Indiana University's School of Journalism. A group of Washington journalists served as the project's advisory committee, helping craft the study's scope and providing guidance.

"There is no justification for any media company to staff its bureau in Washington, D.C., without people of color," said Ernest R. Sotomayor, UNITY President and Long Island Editor for Newsday.com in New York. "It's dishonest journalism because it's a willful decision made to deliberately exclude diverse staff, and that means the media company is satisfied with providing its readers or audience a skewed view of the news."

"This first-of-a-kind study shows that while the number of Asian Americans in newsrooms is slowly creeping up in recent years, we still are not getting some of the most desirable jobs at newspapers," said Mae Cheng, AAJA President. "It is clear from this study that we also need to start ensuring that Asian Americans are involved in working on more of the important stories that are covered daily."

"These results are particularly striking during a presidential campaign in which journalists are flying across the country covering President Bush and Senator Kerry," said Herbert Lowe, NABJ President. "It has long been clear to me, and I'm glad this survey bears this out, that more black journalists should be covering City Hall, as that often leads to covering the statehouse, which often leads to covering the White House."

"Publishers and editors and corporations need to wake up," said Patty Talahongva, NAJA President. "With all the talk about how much diversity matters you would think the numbers would be greater. Apparently, we are all just dreaming, but living in a journalistic nightmare. Only one (NAJA) member covers the government on a daily basis. Yet, as sovereign nations, tribal people have a direct interest in what happens in Congress and in federal agencies."

"It's disingenuous for the news media to take the government and its leadership to task every day on a broad range of issues, but then continue excluding people of color from the press corps, especially Latinos, already the nation's largest minority group," said Juan Gonzalez, NAHJ President. "We call on industry leaders, who have the power to make swift reforms, to summon the will and commit to firm, measurable goals that will bring about rapid change."

Based on the results of the survey, the project's advisory committee made these and other recommendations:

* Washington bureaus need to establish long-term goals and commitment to increasing minority representation on their staffs;

* Media companies should publicly disclose their ethnic and racial makeup in all departments, including their Washington bureaus;

* Establish and enforce sound hiring standards and guarantee that there will be candidates of color for every newsroom position;

* Fill the pipeline by appointing more minorities to cover local and state politics back home, and groom more talent to be editors and managers in the newsroom;

* Develop mentoring programs, such as dedicating an internship or stints for visiting reporters or editors;

* Journalists of color need to actively seek the counsel of editors about what they must do to pursue a job in Washington, and professional organizations should find opportunities to offer or promoting training and guidance to journalists interested in covering government or politics.

The complete study can be obtained online at http://www.unityjournalists.org/DC2004.

About UNITY: Journalists of Color

This story has been posted in the following forums: : Headlines; Investigative Journalism