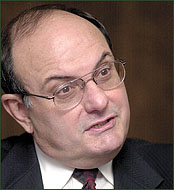 About 700 former Peace Corps volunteers are rallying behind Democratic presidential nominee John Kerry's campaign, organized as a group by a fellow returned volunteer.

State Sen. David Magnani, D-Framingham, said he created Returned Peace Corps Volunteers for Kerry earlier this summer to focus the energy of a group of people who have shown they can commit to a cause.

"These people know they can make a difference," said Magnani who worked in the Peace Corps for more than three years. "It sort of has a foxhole fellowship."

The group is asking returned volunteers across the country to get involved with the Kerry headquarters closest to them and to commit to give the campaign names and addresses of at least 15 people who will vote for Kerry, Magnani said. They are also asked to donated at least $250, he said.

"We're trying to create a concrete standard of performance that's reasonable," said Magnani, who delivered a speech at the Peace Corps' 25th anniversary celebration in 1986. 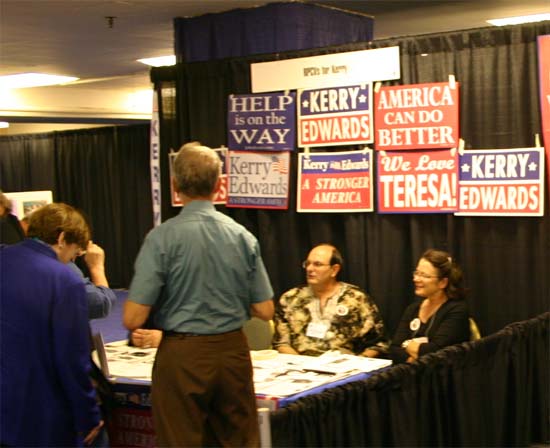 Magnani is organizing the group as a private citizen and not in his capacity as state senator, he said.

Peace Corps volunteers have been working around the world since 1961 fighting hunger, disease, poverty and lack of opportunity.

Volunteers working overseas also try to build a positive image of the United States, Magnani said. But the war being pushed by the Bush administration is breaking down that image, he said.

"The idea that you can win a war against terrorism exclusively militarily is naive," said Magnani. "We need to address where the hatred is coming from."

There are about 180,000 Peace Cops volunteers who have returned from service, Magnani said. More than 200 said they would back the Kerry campaign last week during a former Peace Corps volunteers convention in Chicago, he said.

Few members of Returned Peace Corps Volunteers for Kerry are from Massachusetts, but the numbers are increasing, Magnani said.

He praised Kerry's wife Teresa Heinz Kerry as one of the Peace Corps' most vocal advocates.

"She has been a hero for those workers who feel their work hasn't been particularly noticed in the American political con," said Magnani.

This story has been posted in the following forums: : Headlines; Election2004 - Kerry; Politics; COS - Sierra Leone