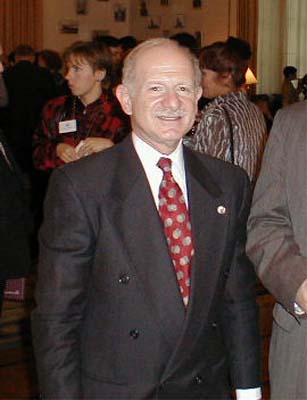 In three post-conflict societies - Afghanistan, Haiti and Iraq - the international community is engaged in high visibility efforts to use economic assistance to jump-start economic activity and boost living standards.

With elections scheduled for October, Afghanistan is in the midst of an economic boom. Now in its third year of recovery from the collapsed economy of the 1990s, Afghanistan is on track to register 20 percent growth this year. That follows a 25 percent gain in 2003 and 30 percent in 2002. Much of the boom is directly related to foreign assistance.

Afghanistan has already received a $2 billion infusion of aid as part of a $9 billion multi-year program. But former U.S. diplomat Mark Schneider -now a top official of the International Crisis Group says Afghanistan is not getting enough assistance.

"Relative to the need and relative to the size of the country and relative to U.S. or international participation in other post-conflict situations, it's far too little," says Mr. Schneider. "And the absence of adequate security has made the reconstruction efforts much more fragile."

The crisis group believes more peacekeeping troops need to be deployed outside the capital and more aid is required to bring stability to Afghanistan, which is one of the world's poorest countries.

AP Photo
AP
Rubble of house destroyed by US airstrike in Fallujah
Iraq, meanwhile, is potentially one of the world's richest countries. Its oil reserves are the world's second largest. But two decades of war, bad government, and global sanctions reduced Iraq's economy to a shambles. Christopher Foote, an economist at the Federal Reserve Bank of Boston, spent several months in Iraq with the Coalition Provisional Authority.

"The infrastructure in Iraq, the roads, the electricity system, the telecommunications are in terrible shape," he notes. "What we want to do in the near term, or what the $18.4 billion that the Congress has allocated along with donations from other countries to Iraq, is really to rebuild that infrastructure to the greatest extent possible. Now, in doing so all those rebuilding contracts directly stimulate aggregate demand in the short-run and they provide jobs for people in Iraq."

Like Afghanistan, Iraq's economy is booming and expected to grow 33 percent this year. In 2003 Iraq's economy declined by 31 percent. The current boom is built largely on oil exports and a resumption of normal business activity. Unlike Afghanistan, the security situation in Iraq is so tenuous that most of the promised aid money has not yet been spent. By some accounts only 140 of some 2000 promised economic reconstruction projects are underway.

"In the case of Iraq at this point, we've thrown a huge amount of money into Iraq," adds Mr. Schneider. "There's not enough security. The money is sitting in a variety of accounts some place but it is not really getting to the people in an effective way. Until you get security in Iraq those reconstruction funds are simply not going to be usable."

Christopher Foote of the Boston Federal Reserve agrees that security is paramount. Without it, he says, jobs are not created, foreign investors stay away, and government policy makers see little need to implement sensible economic policies.

Haiti is yet a third case of high-profile foreign assistance. Last month donors led by the United States agreed to a $1 billion multi-year aid program. Haiti is the poorest country in the western hemisphere. Its fragile economy nearly collapsed from domestic violence and anarchy. Some experts say little Haiti can't effectively utilize $1 billion in aid.

Mr. Schneider of the crisis group disagrees. He says that much money is needed simply to rebuild what was destroyed and shore up the institutions of civil society. He and others are confident that measures are in place to assure that the aid money will be properly used and not stolen. Haiti's faces elections next year.

This story has been posted in the following forums: : Headlines; Peace Corps Directors - Schneider; COS - Afghanistan; Aid