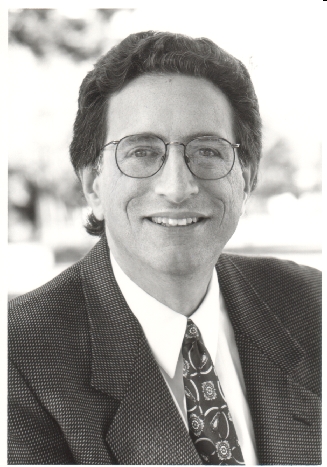 Readying for the political challenge

Assembly candidate Ira Ruskin's political career largely began on a stage before 5,000 protesters during one of the seminal political events of the late 60s: U.C. Berkeley's Free Speech Movement.

Mario Savio, the well-known leader of the movement, asked Ruskin to speak one afternoon after Berkeley's administrators threatened to banish protesters to a far corner of the campus for making too much noise.

"See, it's not the microphone the chancellor is concerned about," Ruskin yelled from the stage after abandoning the mike, according to his autobiography. "It's what we're saying that he objects to."

About 2,000 students joined Ruskin in marching on a campus building and the administrators decided not to move the protests. From that afternoon in Sproul Plaza during the turbulent 60s to three terms on the Redwood City Council, Ruskin said he has traversed a fair amount of political terrain.

He views his experience as his greatest asset as a candidate for the 21st Assembly district and the primary difference between him and his Republican opponent and first-time candidate Steve Poizner.

"For over 10 years, I've worked in the community advocating for women, seniors and business groups to create solutions that really improve the quality of life," Ruskin said of his three terms on the Redwood City Council. "That's experience you cannot buy or replace."

Ruskin said the guiding principle of his political career has been advocating for the average person against the "big, entrenched power" of the political establishment.

He said one of the best examples of this has been his "David and Goliath" struggle to get San Francisco to fix up the aging Hetch Hetchy water system, which supplies most of the Peninsula's water.

A 2001 study by the state legislature found the 70-year old system is in such bad shape a major earthquake could leave much of the Bay Area without water for 60 days.

Ruskin was one of a group of politicians that spearheaded an effort to give suburban counties more control over Hetch Hetchy known as the Committee for Regional Water Reliability.

With the committee's backing, former Assemblyman Lou Papan sponsored three bills that mandated the upgrade of Hetch Hetchy and created a regional water authority to promote conservation and advocate for the interests of Hetch Hetchy's suburban customers. Ruskin now serves as the chair of the Bay Area Water Supply and Conservation Agency, the entity that was created by the legislation.

Ruskin also points to his work on the Redwood City Council. He has helped get multimedia libraries in all of the city's elementary schools, establish affordable housing in the city's transit corridor and create a budget reserve that has blunted the impact of cuts during the state's budget crisis.

Barbara Pierce, a fellow council member, said she has been impressed with Ruskin's drive to dig into city business. She recalled Ruskin's work on the city's skateboard park.

"One of things that has been very positive model for me as a council member has been the way (Ruskin) investigates issues," Pierce said. "When we were dealing with the skateboard park, I caught him several times walking through the park."

Ruskin said his the various issues he has championed show he can build consensus among groups of people to get results. That's something, he said, Poizner, a former CEO, can not claim.

"My record is full of examples where I've created consensus," Ruskin said. "It's a little bit different than a CEO giving employees orders."

Ruskin said one of the primary ways state government has failed California residents is in fiscal responsibility. He believes Redwood City could serve as a model for how to return the state to fiscal health.

He said the state should institute a budget reserve, a provision which has helped Redwood City avoid some of the worst effects of the economic downturn in recent years. Ruskin championed the idea in Redwood City in 1999.

Another idea that Ruskin believes would impose more fiscal discipline on the state is multi-year budgeting, an idea he said has worked wonders in Redwood City because it has forced politicians to plan more carefully.

Ruskin also said health care and education are at the top of his agenda. One of the primary differences between Ruskin and his opponent are their positions on the state's new "pay-or-play" health care system, which requires large or mid-size corporations to provide health coverage or pay into a fund which covers them.

Ruskin strongly supports the initiative, while Poizner believes it is an undue drag on business that will force jobs out of the state.

"My view is that we need universal healthcare, a system in which every American has the opportunity to have real access to health benefits," Ruskin wrote in his autobiography.

Ruskin and Poizner are closer on education because both favor greater local control of school funding. Ruskin would also like to find more funding for Arnold Schwarzenegger's ballot initiative 49, which is attempting to expand after school programs. He also opposes fee increase for state and community colleges, which have been used to help balance the budget.

Ruskin also said he would focus on the environment in the Assembly. He will work to increase the amount of open space that is preserved in the Bay Area. He would also like to see more in-fill development in built-up areas and supports giving local cities incentives to build more affordable housing.

In the years after his work with the Free Speech Movement, Ruskin graduated from Berkeley with a degree in history. and spent several years traveling the country, much of it by hitchhiking.

He held odd jobs such as breaking down tents for a circus in Colorado, working in a pharmacy in Boston, and washing glasses at a bar in Lake Tahoe.

"I spent time in almost every area of the country," Ruskin said. "I was able to meet people firsthand and talk about life and hear about their experiences. It was invaluable."

In the mid-'70s and early '80s, Ruskin met his future wife, traveled Europe and the Middle East and embarked on the career path he still follows today -- film production. He got a graduate degree from Stanford University in the field and began making marketing videos for companies and documentaries about the work of Peace Corps volunteers around the world.

Ruskin credits his political re-awakening to a forum he organized in 1994 against the use of rape as a weapon during the brutal civil war in Bosnia. The idea was too highlight the issue, so Ruskin recruited the Bosnian ambassador to the United Nations to speak and interviewed rape survivors live via telephone.

"I was interested in the issue because being born in 1943 I grew up in the shadow of the Holocaust," Ruskin said. "(Rape in Bosnia) seemed to me to be another Holocaust."

The forum earned Ruskin an award from the Democratic women's activist group DAWN -- the first it ever gave to a man.

On the heels of the forum, Ruskin ran for the Redwood City Council in the fall of 1994. Ruskin lost. He credits his lack of name recognition and his inexperience running a campaign for the loss.

Ruskin retooled his campaign and ran again in 1995. This time he was the top vote getter in a field of 12 candidates. He was elected again in 1999 and 2003. Ruskin has served one term as the Mayor of Redwood City.

Jane Taylor, who was a founder of CityTrees, a program that has planted 1,200 shade trees in Redwood City said Ruskin was helpful helping her launching her project in 2000.

"I was intimidated thinking he was the Mayor of Redwood City, but he was just a normal person when I talked with him," Taylor said. "He made it happen for us."

Staff writer Justin Jouvenal can be reached at (650) 348-4331 or jjouvenal@sanmateocountytimes.com .