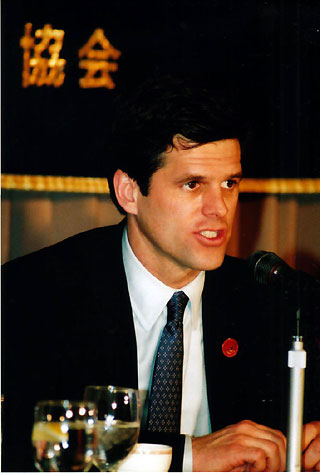 Despite the magic of the Olympic Games, we are reminded with every closing ceremony that at a certain level they are destined to disappoint all but a statistically minute number of us. They show us that in athletic games of all kinds, many can play but only a few will be visible to the world as exemplars of excellence. With our television sets now turned off, the rest of us may feel that we are forever consigned to the ranks of the wannabes. Sadly, the greatness of the Olympics can be just another sign of our personal inadequacy in a culture that seems obsessed with a narrow definition of human value. Deep down, we may be left feeling like hopeless also-rans. That's where we're wrong.

The Olympic spirit is found not only in the Olympic Games but elsewhere in life. For underpinning the Games -- lying beneath the glamour of the televised performance -- are years of tireless work to overcome obstacles on the journey to being one's best. No matter how talented physically -- whether enormously gifted or profoundly challenged -- each of us experiences our own struggle to achieve our unique greatness. And success in life can be seen as the extent to which these challenges are met and overcome. To be the best is one thing; to be one's best is everything. There need be no wannabes in the work of achieving one's personal best. But that's a hard lesson to learn.

Fortunately, there is a group of athletes who are paragons of this lesson, and they're right in our midst. They are the athletes of Special Olympics -- more than 1.5 million of them around the world, living, training and competing in neighborhoods from Kuala Lumpur to Kabul, from Shanghai to San Francisco. None of them competed in Athens recently, but that doesn't mean they don't know a little something about Olympism.

Special Olympics athletes have overcome both intellectual disability and social scorn to achieve things few thought possible. Often rejected, universally the last to be included in society, almost never chosen for play, and regularly laughed at or simply shunned, doggedly train and compete. When these athletes mount the podium to receive their medals, those watching can be forgiven if they believe they may have just witnessed the greatest athletic -- and human -- achievement they've ever seen.

Their message to each of us seems simple: Greatness -- Olympic greatness -- is truly available to us all. But to achieve it, we're going to have to end our summer fantasy in Athens and make a more proximate journey to a local playing field for a Special Olympics competition. There, beyond the glare of light and camera, we will find qualities to which we may not only aspire, but, with difficulty, also attain.

There you may find 46-year-old Ricardo Thornton, who was abandoned at birth, grew up in a walled institution, escaped its confines, and now practices and plays basketball like a man possessed -- not by steroids or aggression but by an unbridled love of the game. In another town, you may find 8-year-old Charlie Manley, born with Down syndrome, home-schooled and determined to beat a life of low expectations, doing his regular gymnastics training routine of 50 chin-ups, interrupted only by his huge smiles. And in still another community, you may find Matt and D.J., twins who have autism, who have mastered dribbling and who have beautiful raised-arm cheers for every basket scored.

In each of these moments and in millions more like them, the meaning of sports becomes more clear. It's not about the score; it's about the spirit. Winning is a thrill, to be better than your neighbor is an ego massage, to root for a champion is a collective celebration. But the meaning of the game -- the real end of our aspiration -- is to be better than we are. The fact that we seek this end with so much zeal is nothing more than an indication of our restless desire to achieve it. What we too frequently overlook, however, is the distinction between admiring a gift in great Olympic athletes and discovering the best in ourselves. Both are available through sport, but the more valuable of the two is the quest for one's best and the joyful discovery that this quest leads us to believe in the best in others too.

Now that the medal counts are over, if you're still eager to be great, you may want to continue your search by getting to know a Special Olympics athlete, perhaps as a coach or friend. Join these athletes as they make their arduous way to their own self-fulfillment and their unique athletic greatness. In this process of watching and helping, you may feel that you are giving to others, but you could be surprised to find yourself receiving something of even more value: In the athlete's humble but courageous example, you may might discover that you too can achieve Olympic greatness -- that the secret of your own greatness lies not in aspiring to be like others but in aspiring to be yourself.

The writer is president and CEO of Special Olympics.