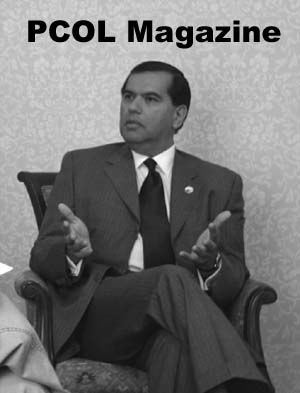 
The Peace Corps Safety and Security Bill before Congress

PCOL: I was talking about the Peace Corps safety and security bill that was passed by the House of Representatives a little while ago and I know that you mentioned during the hearings that two of the reasons that you opposed the bill are because you don't think an Ombudsman is necessary and also because he don't happen to agree with the independent appointment of the Inspector General. Would you elaborate on those two points a little further?

What I have discovered in my research is that there is no pronounced backlog of processing at the Peace Corps level. The fact is, the turn-around time that the Peace Corps has in the medical services area of providing assistance and documentation or appropriate intervention for volunteers is a pretty good record, a pretty solid record. 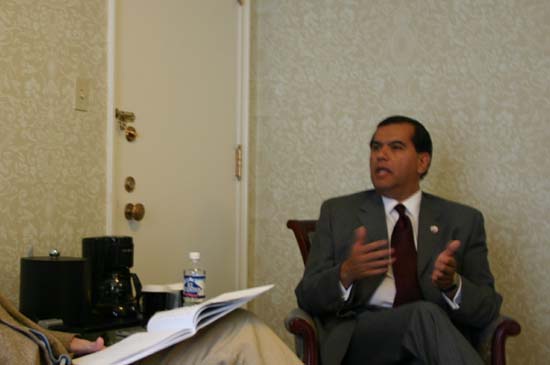 I also think that the ombudsman language that was proposed is very broad. There are already existing channels for employees or others to engage in a process for claims, grievances, or issues, be it through normal channels, other agencies, or the Inspector General's Office. This remains available to all employees to file any kind of reports or requests for investigation that may be of concern. I think there are already existing recourses for those who would otherwise consider an ombudsman an option.

The other aspect is that you are creating one more layer of an office that could be very costly to the Peace Corps. Every dollar that is spent on something that is redundant for something that already exists, as I believe it does, is one less dollar to the field, one less dollar toward putting a volunteer in the field. So, I am not adverse to retooling our process so that if there needs to be additional channels created within the existing infrastructure, we ought to look at those. I am not adverse to that at all.

I am very proud of the relationship we have had with the Inspector General's Office. I think if you talk to the most immediate past Inspector General, he will tell you that we had a positive relationship. We provided full funding during the years that he was Inspector General. And not once, in fact he has said it publicly in the building in front of audiences, that not once did he ever feel compromised in any way, form or fashion, in the time that he served under three Directors. I am proud of that because I think the IG serves a very important function. And, we have provided the resources and the support for that function.

GV: That is a question that still remains open for discussion. Certainly Charles and I have spent a considerable amount of time discussing it. But, we still remain strong in the position that we articulated during the hearings.

Read our interview with Director Vasquez in this month's issue of PCOL Magazine:


Read the questions and answers and leave your comments.

This story has been posted in the following forums: : Headlines; Peace Corps Directors - Vasquez; Congress; Legislation; Safety and Security of Volunteers

I also think that the ombudsman language that was proposed is very broad. There are already existing channels for employees or others to engage in a process for claims, grievances, or issues, be it through normal channels, other agencies, or the Inspector General's Office. This remains available to all employees to file any kind of reports or requests for investigation that may be of concern. I think there are already existing recourses for those who would otherwise consider an ombudsman an option.

Quote from the so called Director of Peace Corps.

You never mentioned the Volunteer.

The Volunteer has no rights in your Kangaroo court or friends with the inspector general's office. How many claims have been sucessfully claimed for gross negligence or wrongful death suits?

Peace Corps volunteers need the ability to challenge on equal footing the agency in wrong doing and gross negligence. This has not occured. Employees of Peace Corps are not volunteers.

You don't know what you are talking about Mr. Director, you never served, nor did you go through a safety issue from foreign hostiles.

It is a shame for all those who have gone through these situations and health issues that are not served correctly from Peace Corps and or the Department of labor. Your friend Elaine chao has made sure of that. She now farms out cases to insurance adjusters. How fair is that to a volunteer or any RPCV?

Not having an Ombudsman's office and or attorney working on behalf of volunteers has hurt the program and undermined the meaning of Peace.

It is a jip, to volunteer your time and have been injured, gone through a safety issue and have trouble in his or her careers because you "Volunteered your time to Peace Corps".

Vasquez, you would not know this because you make alot more than any volunteer. I suggest after working for the President, you volunteer in a remote village in say a Latin American country to understand what it really means to be a Volunteer.

We need more than a Ombudsman's office, we need an investigation to whether RPCV's are being discriminated against because they served.

You are not accurate Vasquez, you have no idea what you are talking about.

It has been very costly to the victims of violence and the families of former volunteers who served the Peace Corps to be treated poorly by agency heads such as you.

I bet you can count them on their hand, one hand at that.

Volunteers need a General Counsel to work solely for them and their work in the field. This part of General Counsel should be authorized with funding from Congress and provided with a budget to look into former volunteer separation, health and safety issues.

What happened to the 2,900 volunteers who were victims of violence in service? How many are getting proper care and guidance from the agency?
What are their status? We need a GAO report separations, health and safety and see how many in a poll feel they have been treated correctly by the agency?

Maybe after that we can actually have "volunteers who have gone through safety and health issues and separations testify before Congress to initiate this office of General Counsel for Volunteers only.

How does that sound Mr. Smith and Mr. Vasquez?

Sounds good to us.

Our families and us as former volunteers need to have our experiences recognized correctly.

Mr. Smith and Mr. Vasquez? Have you served in a remote village? or are you just used to criticizing volunteers who have gone through issues in your easy chairs at Peace Corps. How much money do you make per year Mr. Smith and how many years have you served? Over ten? That is at least a half a million dollars. How about you Gaddi?

We are better than you. Why because we gave our time. Volunteered our time to our government. We asked not. You have not.