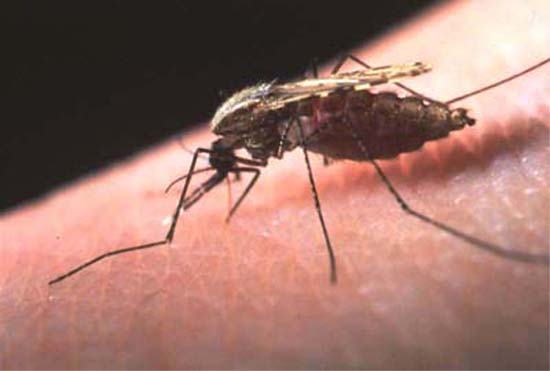 After more than two decades of effort, researchers say they have found the first vaccine that is effective against malaria. Trials in Africa showed that the vaccine blocked almost half of new infections in young children and reduced serious disease by nearly 60 percent.

Experts termed the results a major breakthrough in efforts to tame a disease that afflicts 400 million people each year, killing 1 million to 3 million - most of them children in Africa. Malaria is the leading killer of children under age 5 and ranks with AIDS and tuberculosis on the list of the world's most lethal diseases.

Researchers are not sure how long the vaccine's protection persists, but even a partially effective vaccine will have great value in fighting a disease that is becoming increasingly resistant to the drugs most commonly used to treat it.

More trials are needed to confirm the vaccine's efficacy, particularly in the youngest children, who are the most likely to die from infections. But it could be available for widespread use by 2010, experts said.

By that time, the World Health Organization predicts, half the world's population will be living in areas of high exposure to the disease, compared to 41 percent now.

Other potential malaria vaccines have been tested, "but we have never seen results like this before," said Dr. Pedro Alonso of the University of Barcelona, who headed the trial reported in the Oct. 15 edition of the journal Lancet. The vaccine could make a major contribution to "breaking the cycle of disease and poverty that so badly affects sub-Saharan African countries," Alonso said.

Producing a malaria vaccine is considered the most urgent goal in controlling the disease, because it offers the safest, least expensive method. Antimalarial drugs such as Lariam, known generically as mefloquine, can be used to prevent infection by killing the parasite, but they are much more expensive, require regular use and can produce side effects.

Developing a malaria vaccine has been difficult because the disease is produced by a parasite with a complicated life cycle. Science has yet to come up with an effective vaccine against a parasite, said Melinda Moree, director of the Malaria Vaccine Initiative.

Malaria is caused by four closely related parasite strains, the most common and deadly of which is Plasmodium falciparum. The strains thrive in Anopheles mosquitoes.

The new vaccine, called RTS,S/AS02A, was developed by GlaxoSmithKline Biologicals. It uses two genetically engineered proteins from the surface of the P. falciparum sporozoites. They are fused to a large protein that is already used in the hepatitis B vaccine. The finished vaccine also contains what is known as an adjuvant, a combination of nonbiological materials that stimulates the immune system.

The trial involved more than 2,000 healthy children ages 1 to 4 living in Manhica, a small district in rural southern Mozambique. Half of the children were administered three doses of the vaccine last summer, and half received conventional childhood vaccines. Over the first six months of the trial, those receiving the new vaccine were one-third less likely to develop malaria. Children already infected with the parasite were 45 percent less likely to develop a second infection and had 58 percent fewer episodes of severe life-threatening malaria.

The next step will be to test the vaccine in even younger children.

This story has been posted in the following forums: : Headlines; Malaria; Lariam; Safety and Security of Volunteers